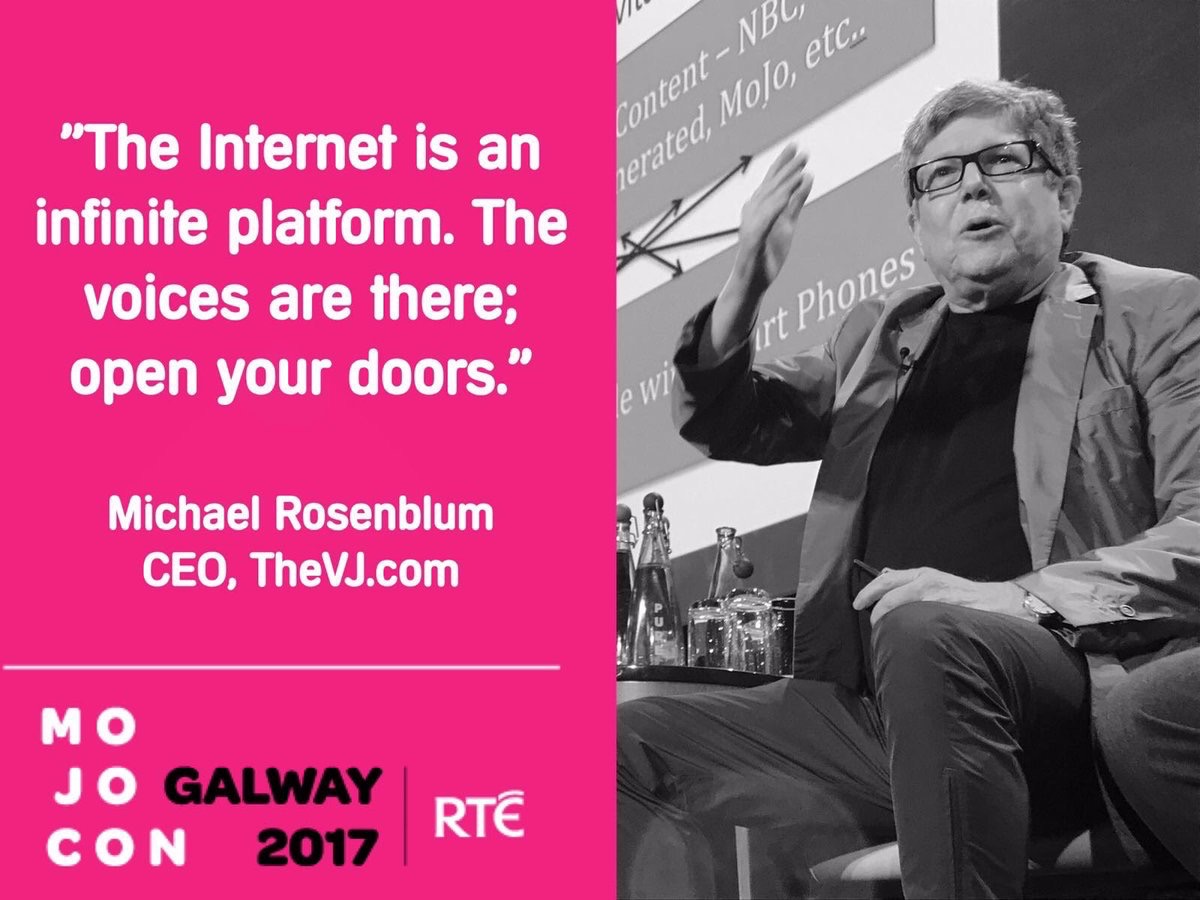 RTE: Michael Rosenblum at MoJocon - "The media has killed itself"

Michael was written up by RTE, host of MoJoCon, for his talk at the conference.  Here's what they said:

"Journalism is dead because it killed itself". This was the blunt assessment of Michael Rosenblum who was speaking at RTÉ MoJoCon earlier today.

Criticising the arrogance of traditional media, the CEO of VJ.com said "The Internet ate our lunch. If there is no revenue there is no journalism. We have to rethink the way the whole industry works."

The acclaimed television and video journalist was speaking as part of a panel discussion titled Is Journalism Dead? at RTÉ's mobile journalism and technology conference.

"We got screwed because we didn’t pay attention" said Rosenblum, challenging the audience of journalists to "wise up" to modern technologies, realising in particular the potential of the smartphone for citizen journalism.

"The only way we will survive is if we accept the fact that everyone has a voice and everyone should be heard."