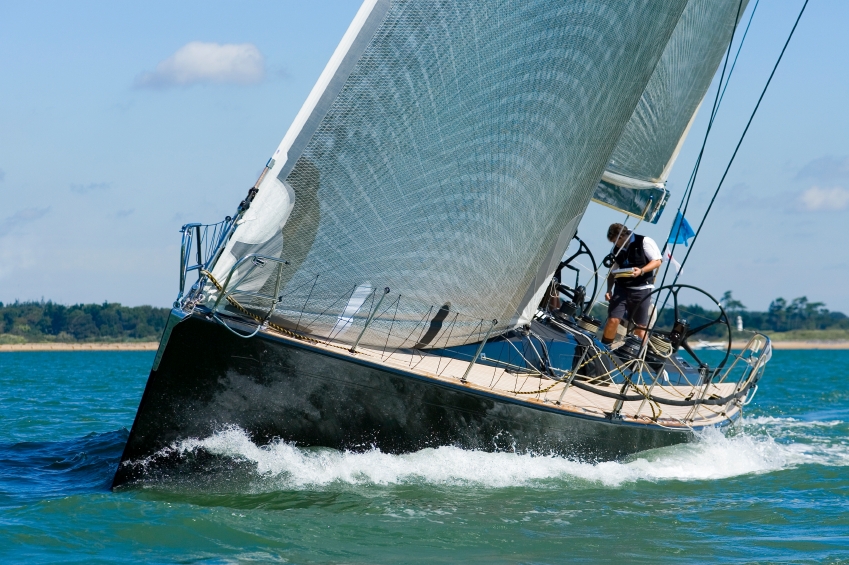 Sailing Off To A Better Life With Video

Long time Video Journalst and friend Chuck Fadely gave me a fascinating head's up this morning about a great video + Sailing story.

Chuck is a long time sailer, as am I.

He is at the Annapolis Boat Show this weekend, but I am not, sadly.  However, he sent me a brief note about an overflow crowd at a discussion of 'How To Make Money With Video On Your Sailboat".

This immediately got my attention, as it combines my three favorite things (not counting my wife), Video, Sailing and Making Money.

The star of the discussion, in fact, the entire discussion, was about Brian Trautman, a former sofware analyist for Microsoft who, in 2011, bagged his job, his career, sold his house, his car and everything else, taught himself to sail and bought himself a 53 foot sailboat and decided to take off.

What makes Trautman different, and the reason I found this so interesting, is that Trautman began to combine video production and sailing- he launched his own YouTube Channel and then a Patreon funding page.

In doing so, he has attracted enough of a following to continue to fund his lifestyle and sailing adventure.

Trautman has so many loyal fans that he has been approached by conventional TV channels to see if he wants to star in his own Reality TV show.

He has turned them down.

He wants to keep creative control.

And he does not want to engage in the kind of arguments and in-fighting that are the bread and butter (or gasoline) of Reality TV.

The Wall Street Journal did a nice story on him recently

The sailboat Delos has become a 21st-century floating media business, a video-production empire complete with dedicated fans, T-shirts for sale, crowdfunding and a reality show that draws hundreds of thousands of viewers online.

“It wasn’t planned like this,” Mr. Trautman said. “It just sort of grew. We just wanted to goof around and sail. Now, this is our work.”