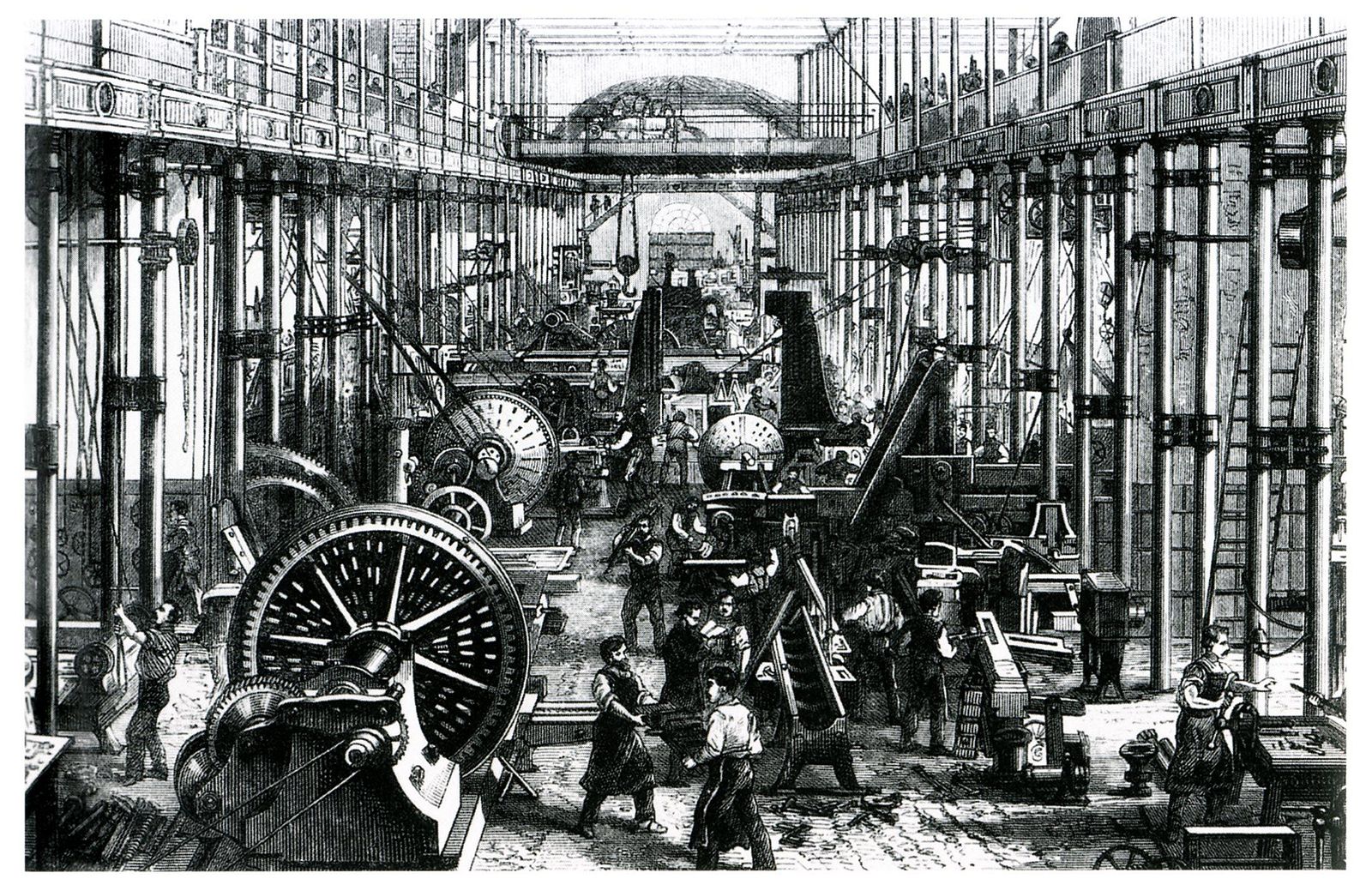 In 1776, the same year as the American Revolution, Richard Arkwright opened his first 'factory; or 'mill' in Notthingham, England.

The revoution he was to set off, the Industrial Revolution, would have consequences tha far surpassed those of his American cousins across the Atlantic.

Arkwright's revoution would change the world forever, touching on every aspect of life, econonmy, family, goverment, religion and just about everyting else.  The world we live in today is a direct product of the Industrial Revolutiion. It turned the world upside down.

For nearly 250 years, we have lived in that world of the British Industrial Revolution, where factories and mass manufacturing repalced the home, hearth and crafts.

The Industrial Revolution obliterated everything in its path.  Jobs, careers, industries, skills, governments, even concepts of justice and eithics were transformed in its path.

Today, we are at the very start of a second massive revolution, this one driven by the Internet and the digital world. This too will overturn everything in its path.

One need only look around to see the implications of the Digital/Internet Revolution. In very short order, the most powerful and richest compies in the world (things like Exxon, GM, Walmarrt, Ford)have been replaced by businesses whose very concept did not even exist a mere decade or so ago:  Facebook, Amazon, Apple, Microsoft...

Bloomberg reported today that Retailers Are Going Bankrupt at Record Rates.  Major retail chains that once seemed invulnerable are now going out of business at recrod rates, taking the commercial real estate business with them.  This is Amazon at work.

Yet, it is unavoidable. Every time you order something on Amazon, you kill another retail job.  But it is so convenient!

That this is happening is unquestionable. The real issue for us is, how to we a) survive and b) thrive in the new world that is certainly coming.

Joseph Schumpeter referred to this phenomenon as Creative Destruction.  While old industries are being destroyed, new ones are being created.

Our future will be determined by how we deal with the content that we make. Do we own it, or do we allow it to be taken from us for free?