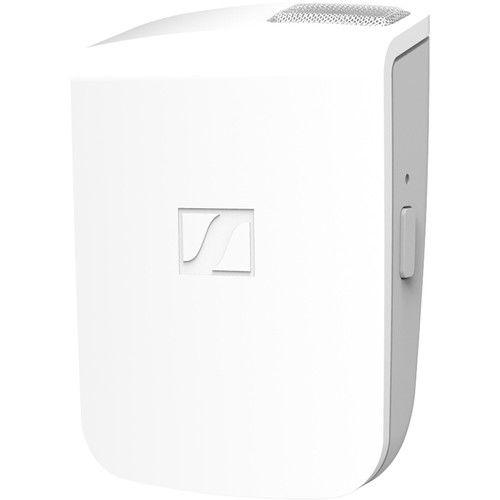 The video is great, - on smartphones that is- the audio, well that's another story.

The tiny microphone on your iPhone or Smartphone is OK, but not great.  Apple and Samsung (among others) have made enormous progress in the quality of the video over the past few years. Astonishing in fact. The audio, not so much.

That's a function of the microphones more than anything else.

Now, you COULD affix a massive shotgun (or even a little SONY or RODE) microphone to your phone (and I have don this) or wire in a lav or even a wireless set up. Done that too. But it's still clunky.  Often the audio gear is bigger than the phone and it gets in the way.

You could drag around one of those giant mount rigs, but that ultimately defeats the whole point of using a phone for video - that is, it's in your pocket, it's with you all the time, and all you have to do is take it out and start shooting.

But now Sennheiser (those clever Germans) have come up with a very good solution - The Sennheiser Memory Mic.

It's not tiny - in fact, it is surprisingly big. But it bluetooths directly to your phone and it makes an enormous difference in the quality of the sound.

Check out the audio below:

When The Verge reviewed them, they seemed to think that they were to clip on your kids.

I thinik this works pretty well for anyone shooting video on a phone.