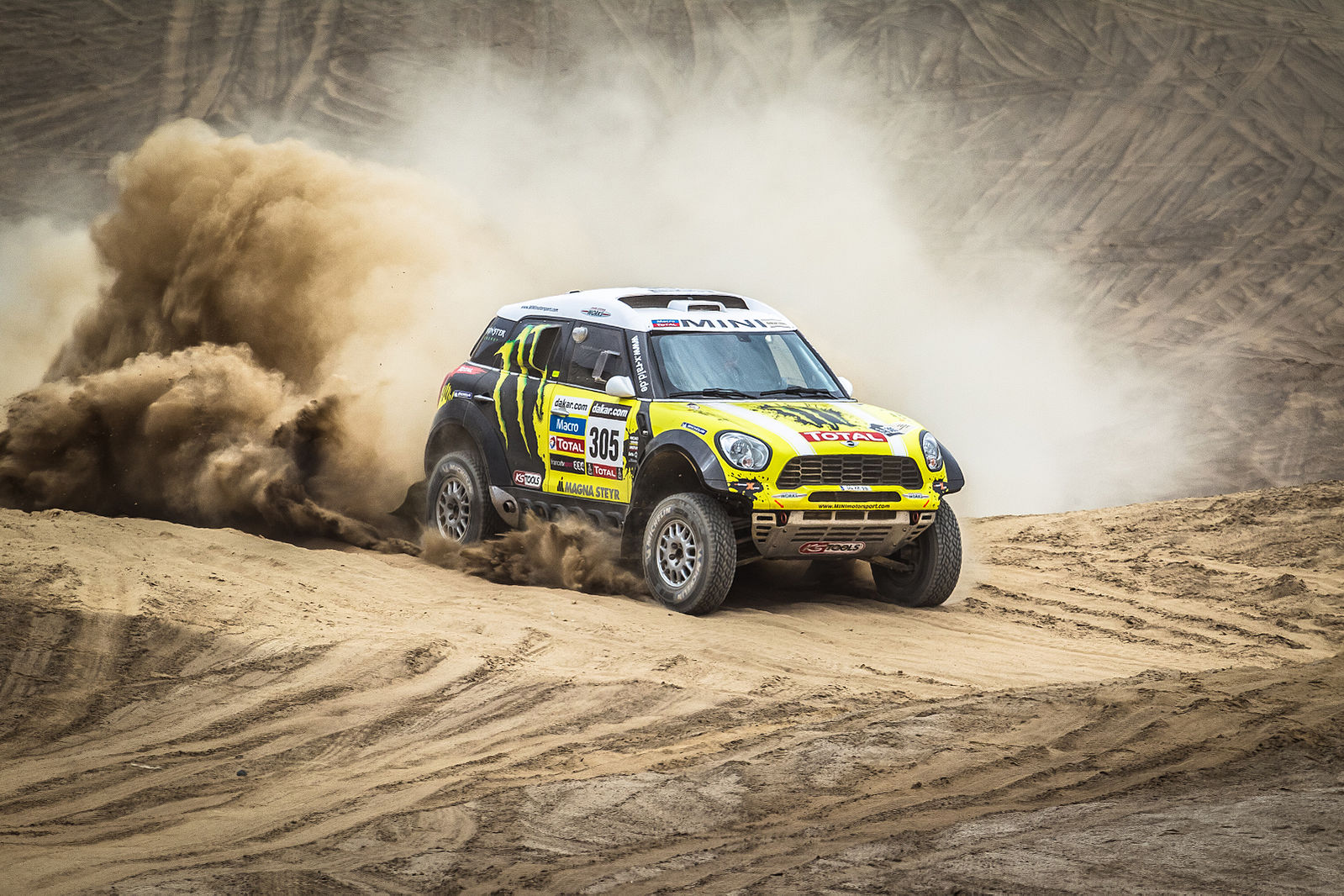 Shooting The Paris - Dakar Rally With a Phone

You have no doubt heard about the Paris-Dakar Rally.

It used to be the wildest and most dangerous overland car race in the world.  Started in 1978, contestants were expected to drive from Paris to Dakar, Senegal, across the Sahara Desert and into West Africa.

Let's say it's a bit different from driving down the Jersey Turnpike.

I actually crossed the Sahara in 1979, but not by car. There are no roads and there is lots of sand.

In any event, the route proved so dangerous, more for the politics than the sand, that it was moved to South America in 2008, and has been held there ever since.

As you can imagine, TV sports coverage of the Rally is even more difficult than driving it - it covers thousands of miles, there are not hotels or major cities and it is on the move constantly.

It's a very popular event in The Netherlands, and so Dutch TV always goes out of their way to cover it. That makes it both complex and expensive for them.

This year, however, Omroep Brabant reporters Twan Spierts and Ronald Sträter decided to cover the rally in a different way - using only iPhones.

Journalism.co.uk has a great report on this, and you can read the whole thing here.  But here are the highlights:

The small news organisation has covered the event year on year, and this time decided to follow a competitor, Ebert Dollevoet, as he took part in the event, which started in Peru and crossed into Bolivia before finishing in Argentina.

Using an iPhone 7 Plus as the main camera and iPhone 6 as a second camera, the two reporters produced daily reports of his experiences for online audiences, compiling the day-by-day footage to create a television documentary.

In a nutshell, it worked. While other broadcasters were waiting and searching for satellite uplinks, the guys went live on G4 connections.  They brought along a big camera, but never even used it.

Here's a bit of their video