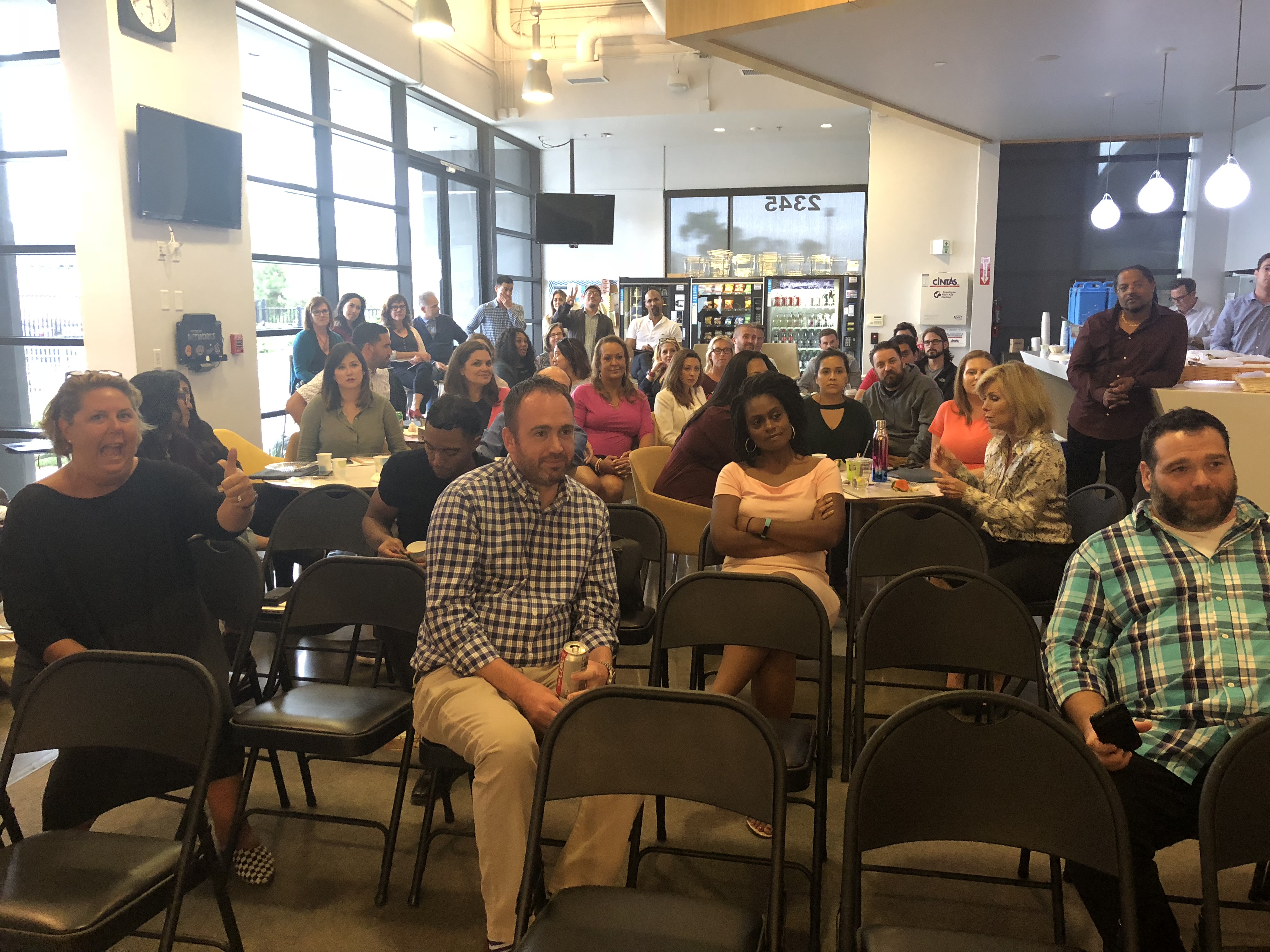 Lisa and I are in Los Angeles for the next few weeks.

We are running a series of VJ bootcamps for a new 24-hour local TV station in Los Angleles called SoCal-1.

The station is being launched by communication giant Charter (who recently bought Time/Warner).  The station will reach an audience of 1.5 million viewers and it is going to be 100% VJ (which is certainly of interest to us).

Some thirty years ago, we launched NY1, and trained all the VJs (also in our bootcamps).  NY1 was once owned by Time/Warner, which is now part of Charter, or Spectrum, as it is called here.

We are in the process of running VJ bootcamps for about 150 people, all of the VJs (or MMJs as they call them here), as well as the entire staff, from the receptionists to Cater Lee, the head of the station.

We are great believers in the necessity of everyone going through the bootcamp, everyone being completely both technically and video literate, but also of having had the shared experience of our bootcamps. (For those of you who have gone through this - from the 5-shot method to Fluffy The Puppy, and so on - but most importantly the famous 'Public Praise/Public Humiliation' screening and critique sessions.

This is all very revolutionary.

When we are done, SoCal-1 will be the biggest all VJ TV station in the world, and we expect, a model for the rest of the country,

As of now, Spectrum is planning on rolling the model out across America, with a plan to launch 9 more such stations.

We are, of course, delighed and excited to be part of this revolutionary project.  We think that SoCal -1 is going to be a model both for the US, but also for broadcasters worldwide. It's an entirely new way of working.

Many stations have one or two VJs, and play lipservice to the conccept. Here, it is all VJ all the time, and that is going to produce a very different on air product.