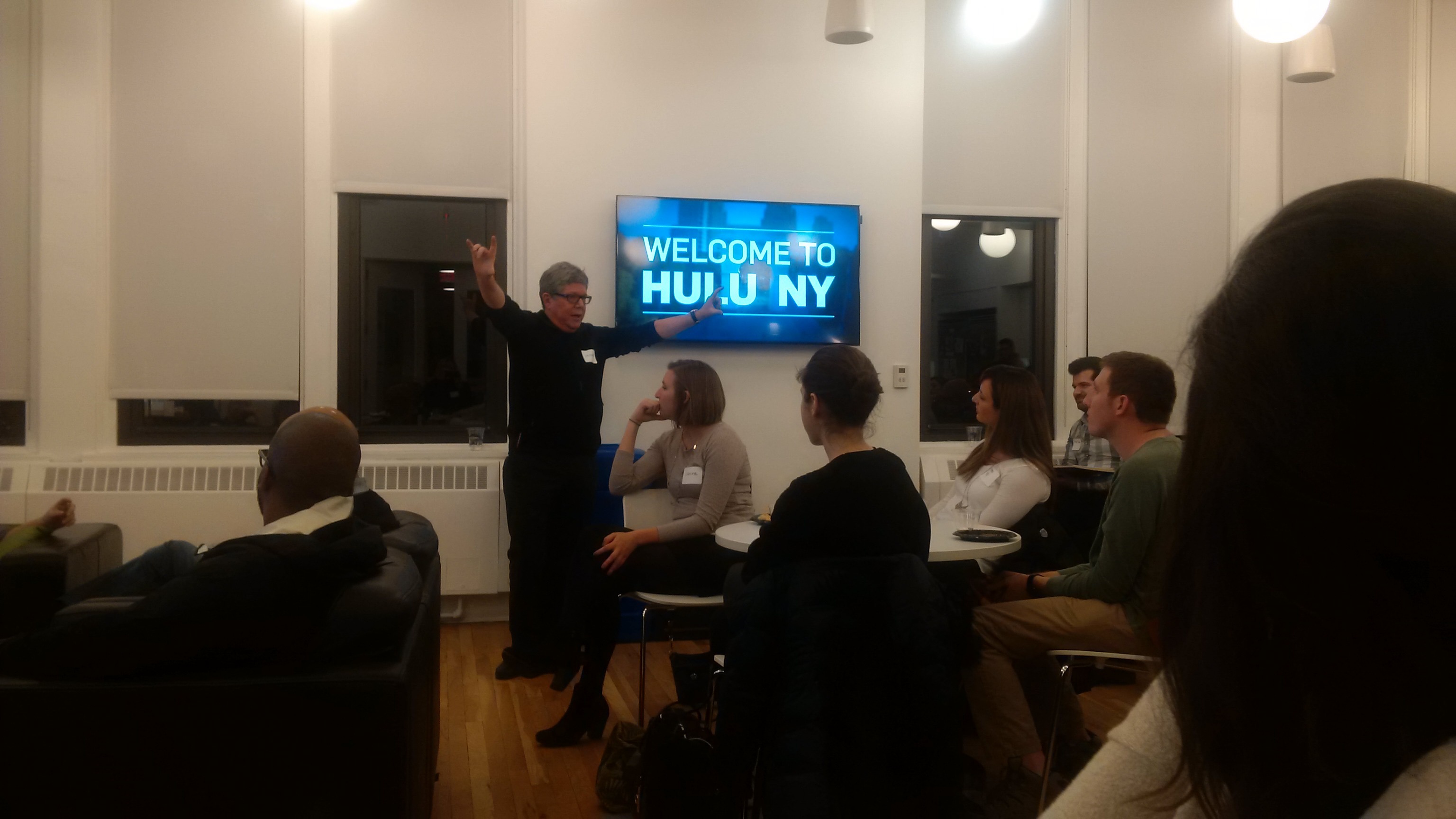 Talk On The Future of Television at HULU

It is easier to invent the future than to predict it.

I didn't make that one up, (although I wish I had), it was coined by Alan Kay, a computer scientist at the famous Xerox PARC in the 1980s.

Xerox PARC was the hothouse of creativity that invented most of the features that Steve Jobs then adapted to the first MAC, which made them so user friendly. Things like WYSIWYG GUI interface, laser printers, Ethernet - pretty much the architecture of computer's that transcended the glowing green screen.

My other favorite quote is, 'If you're going to have a baby, make it a new one,', which comes from Gloria Swanson, by way of Carl Spielvogel.

Which brings us to last night's talk on the future of television.

No one knows what the future of television will be.  (And in this case, the term televison really gets expanded to incorporate pretty much any aspect of online video that also communicates ideas and concepts). You can take educated guesses, like the networks try to do with stuff like 2 screen world, or TV everywhere, but frankly, no one knows.

In the immortal words of Alan Keys, what we do have the opportunity to do is to invent the future.

Televsion is (and has been since the 1960s) the most powerful and pervasive medium we have.  When television was invented in 1939, it did not come with an instruction manual.  God did not descend from Rockefeller Center and decree 'thou shalt have anchormen and studios'.  What we did with television we decided to do ourselves, for better or for worse - and more often than not, for worse.

The constraints of creativity for the medium were, since its inception, its hitherto enormous costs.  It was complex and expensive. Few people could afford the millions or billions it took to buy cameras, edits, build studios and transmit your product through the air to millions of antennae fixed atop homes.

Now, thanks to the miracle of the iPhone, more than anything else, the power to create televison - from journalism to entertainment, is, for the very first time, in everyone's hands.

This has never happened before, at least not in the history of television.  The power to create television had, until now, rested firmly in the hands of Viacom or CBS or Disney or Time/Warner.  They made it, the rest of us got to watch it.

But if the world of the Internet is nothing else, it is a very participatory experience.

Thus, the television of the 'future' will should also be 'participatory'. That is, instead of 'we make it, you watch it' it should become we all make it we all share it.

The technology and the infrastructre are there.  The gear is powerful and easy to use and in everyone's hands  (or pockets).  The transmission of video, which was once vastly expensive is now, for all practical purposes, free.

What remains is for creative people to pick up the gear and start expressing their ideas in video. Writers, artists, muscians, thinkers...

Think what richness we could create.

Up until now, television, this remarkable medium that is a tapestry of pictures and sounds and writing and music and emotion and passion has been, for the most part, sterile.

They don't exist becasue until now, making television has been a 'team effort'.  And team efforts don't produce art. They have no authorship.

But now, for the first time, the medium is freed.

Freed to connect with individuals.

Freed to become a personal statement.

If you take the next step and start to create.

That is, of course, why we are here.

That, at least, was the essence of the talk.

I can only hope someone is listening.