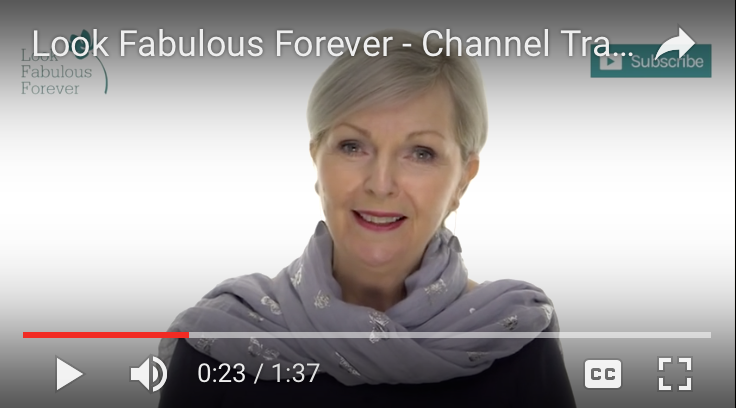 We are all familiar with the story of Michelle Phan, the 20-something Youtube entrepreneur who made her fortune doing home make up demonstrations and posting them online.

Patricia Cusden is on the other end of the spectrum.  In 2013, at the age of 68, she decided to launch her own online video website devoted to makeup for 'older' women.

Cusden had some business experience, having run her own managment training company for many years, but on experience in video.  That, however, did not deter her.

"I launched my online make-up brand, Look Fabulous Forever in 2013 at the age of 68 because I was frustrated by the way that the beauty industry ignored my needs – as an older woman who still wants to look good despite the odd wrinkle or two. I was also fed up with the whole ‘anti-ageing’ rhetoric which seemed to imply that there was something to be feared about getting older when in fact I was really enjoying my life."

Three years later, her online videos have had millions of views, and she is really just getting started.

This is a new and largely untapped market.  More than 75 percent of 55-75 year olds go online daily, and video is a natural way to reach them.

Not so many years ago, had Patricia Cusden wanted to create 'how to' makeup videos for anyone, it would have cost her a fortune.  Today, of course, all she needs is a smart phone.

She tied her video outreach with products that women 'of a certain age' could buy, and voila, she was in business.

"Within three months our videos were being seen by more than 1,000 women a day and the orders started to flood in from all over the world. Suddenly I was running a very successful online retail business"

Patricia Cusden has tapped into the remarkable power of video onine for marketing just about anything - and cosmetics is certainly a good start, but it is hardly limited to that.

Creating professional videos is simple and the remarkable thing is that virtually everyone has a complete television production and broadcast studio in their hands all the time - they just don't realize it.

But Cusden certainly does 'get it'.

"One of my customers said the other day 'I love watching your videos because it's like being with a friend and just talking about makeup.'"