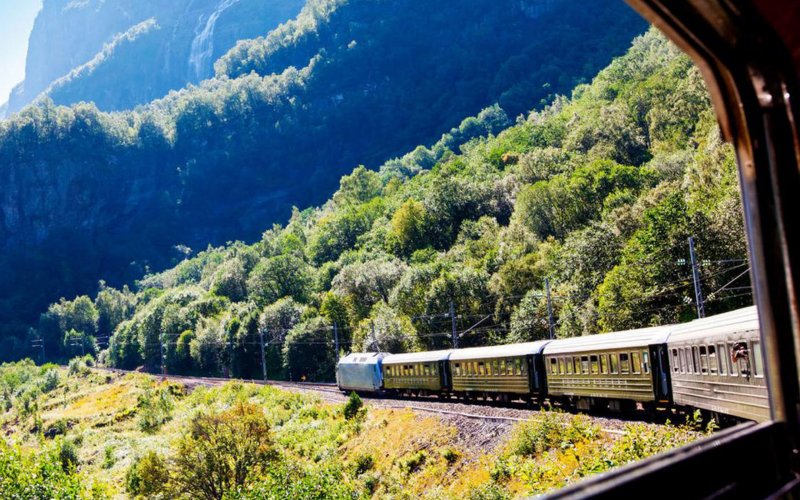 The Daily Beast: Netflix’s Chill, Mesmerizing Antidote to the Madness of 2016

We live in a golden age of Television.

This is something that is said often by TV reviewers and followers on the web when talking about cinematic TV shows like Game of Thrones, Better Call Saul, and others.  What about when you want to watch something less intense?  We're not talking about a sitcom like Big Bang Theory, or a quiz/competition show like The Great British Bakeoff and Countdown, or a reality show like Keeping up with the Kardashians, but rather a reality show that more closely resembles the slow pace of reality.  Enter Slow TV.

Slow TV is a Scandinavian TV phenomenon of slow paced reality programming where the stakes are almost as low as they can be, and now Slow TV can be found on Netflix.  It's perfect for when you want to escape the media culture of high-stakes drama or the real high-stakes news that's out there, and just want to watch something like a train traveling the Norwegian countryside or a woman knitting.

Now this may not seem initially so captivating, but it seems to have found a foothold not only in the Scandinavian countries, but around the world.  What makes its popularity possible today is the infinite outlets for TV in our world.  Because the internet, and in this case Netflix, is not bound by the day-part schedule of traditional television niche programming like this can be put out into the world and find its audience.

Let's imagine that Slow TV was around ten years ago.  Even if it was popular in Scandinavia, US broadcasters probably would not take a chance on programming like this because they couldn't see a large audience for it and wouldn't think advertisers would want to pay for it. In addition, the programs are not uniform lengths.  The knitting woman is a 4 hour video; for an American broadcaster to put that on traditional TV they would break it into 8 half-hour episodes and wouldn't be able to find a way to package it.

However, today we are not bound by half-hour schedules or limited channels and all Netflix has to do is put up the four hour video and see if anyone wants to watch.  Apparently they do.  The Internet is not only going to change the way we distribute video and other content, but it is, and already has, going to change the ways content is made, and what kind of content is made.

If you’ve ever wanted to see seven hours of unedited footage from a camera mounted to the front of a train—and who hasn’t?—your ship has come in. In August, Netflix began airing the Norwegian Broadcasting Company’s “Slow TV,” a genre which offers such viewing experiences as the four-hour National Knitting Evening, the six-hour National Firewood Night and the aforementioned Train Ride: Bergen to Oslo.

If you’re wondering what happens on these shows, the answer is simple—nothing. Nothing happens on any of these shows at all, unless you consider the two-minute firewood-stacking explainer preceding the six hours of crackling log action to be “something.”

Indeed, Slow TV is truly the type of show about nothing, Seinfeld be damned.

Needless to say, this programming is not for everybody. When it comes to streaming service binge sessions, edge-of-your-seat fare like Game of Thronesand The Night Of will always have a large and loyal following. But for those who get enough stress in life and find standard TV fare demoralizing or anxiety-provoking, watching grinning Scandinavians knit sweaters for four hours could be just the thing.