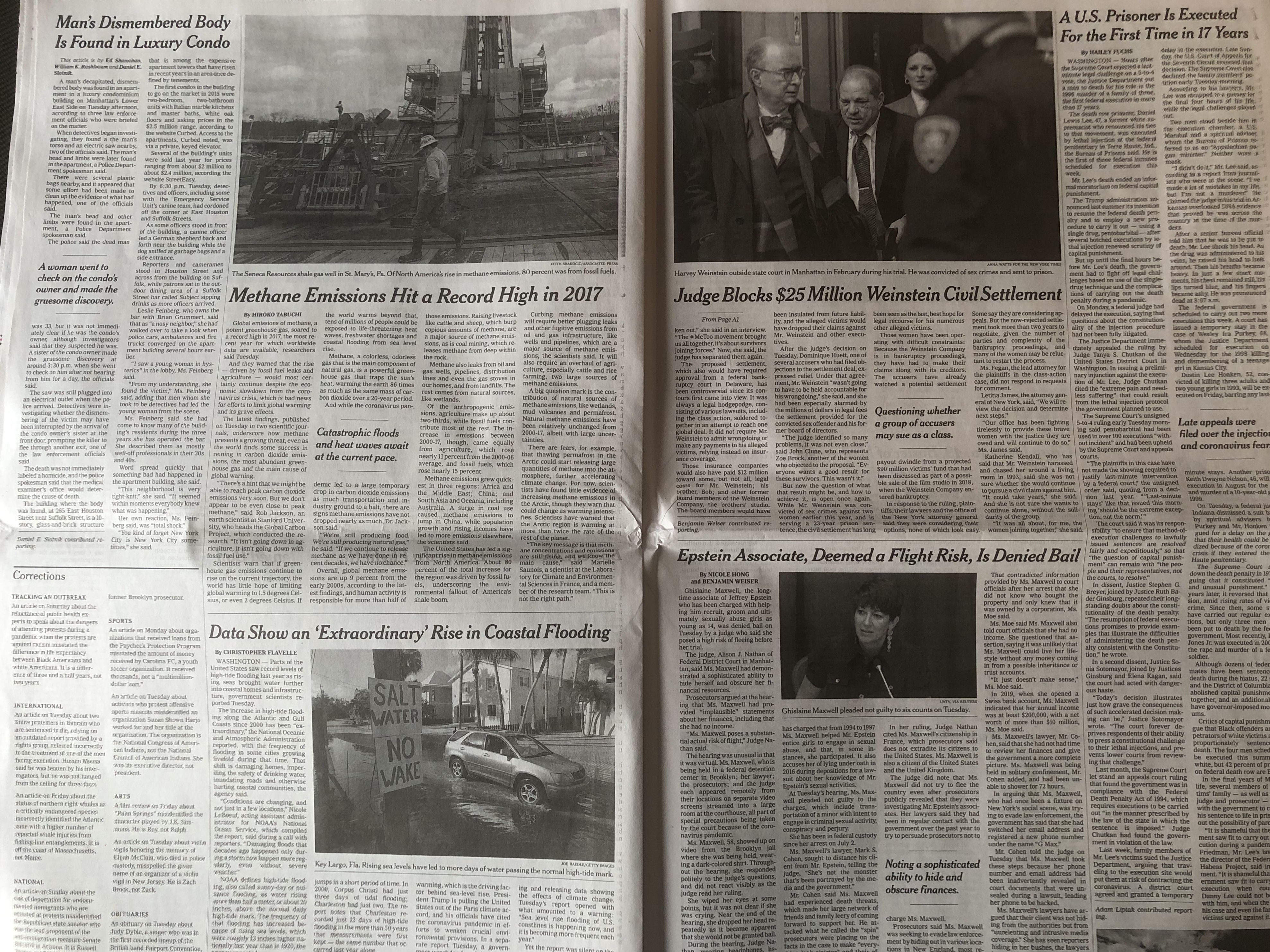 The End Of The New York Times?

As a result,t, I start each morning with a print copy of The New York Times with breakfast.

I have noticed that The Times was getting progressively thinner and thinner.

In the 'old days', you could measure the paper by how many pounds it weighed

I was reading the paper, and I noticed that the news was chock a block, page after page,

That is, unbroken by any ads.

I flipped page after page

Finally, I found one, a small one for Tiffany on page 3.

Opening the rest of the paper, I counted 5 ads in all

Five ads for the entier edition of The New York Times.

It is a very bad sign for journalism in this country

A free press is the foundation of our democracy

But can it function without newspapers?

...the basis of our governments being the opinion of the people, the very first object should be to keep that right; and were it left to me to decide whether we should have a government without newspapers, or newspapers without a government, I should not hesitate a moment to prefer the latter. but I should mean that every man should receive those papers & be capable of reading them.

Newspapers, it would appear, are daed.

Then the only hope is television news

But if that is to become the foundation of a democracy, it has a lot of improving t do.