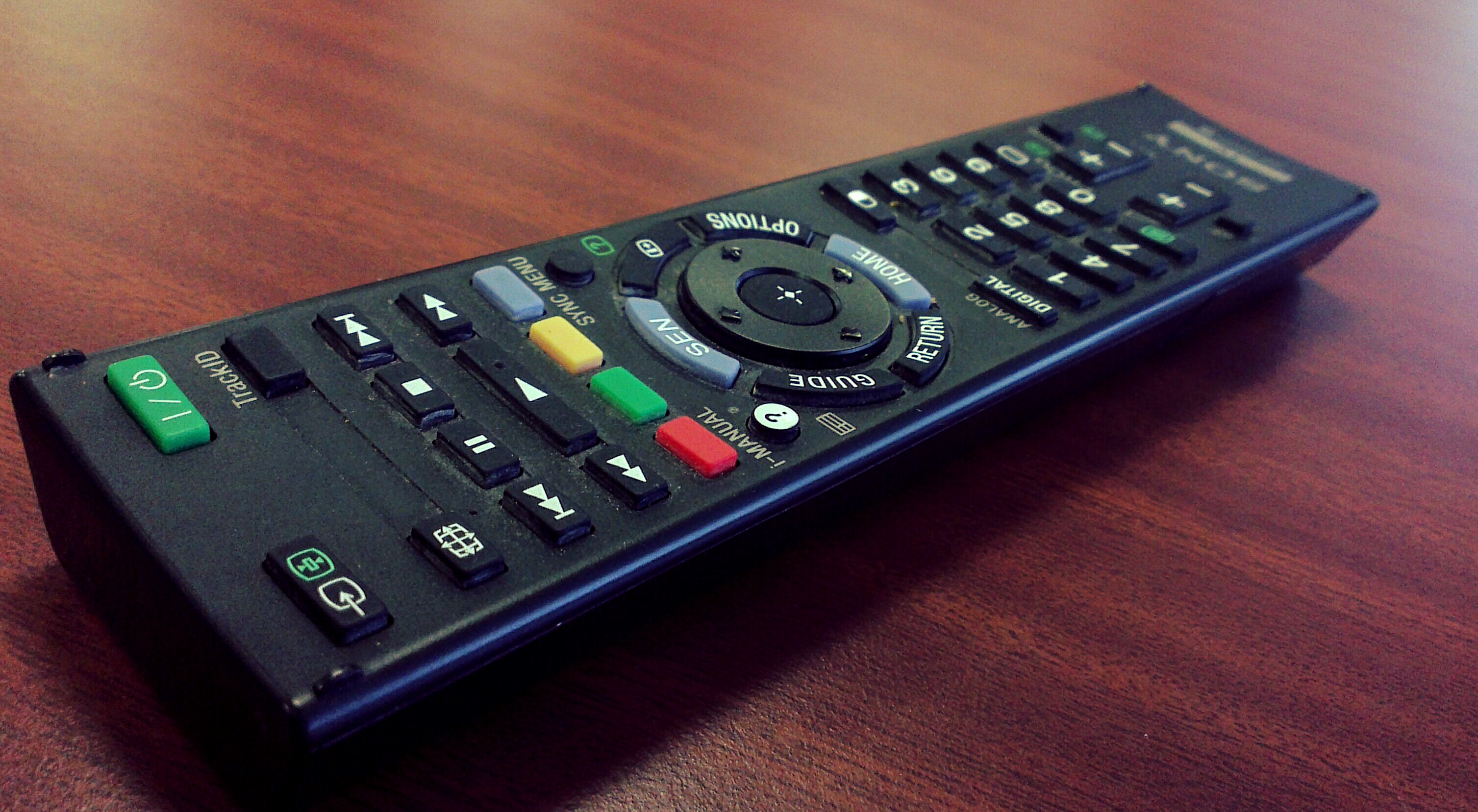 Who knows that the red buttons do?

The End of the Remote Control?

When I was a kid, if you wanted to change the channel on the TV, you had to get up, walk across the room and physically turn the nob on the TV set.

My old man, who was not exaclty a master of technology, was adamant that if you did it too fast, you could break the thing.  "You have let the signal settle in," he would say, "before you turn the nob."

Of course, in those halcyon days there were only a half dozen channels or more (not counting the ever mysterious UHF world), so it did not take long to cycle through, even with the pauses.

My grandfather, an early adapter, had one of the first ones. It was a small metal and plastic box, about the size of a pack of cigarettes and there was but one golden button in the center.  Push the button, and, miraculously, the channel changed. The physical dial on the front of the TV set actualy moved a notch on its own.

Today, we have more remotes than we have TV sets and they have more buttons on them than the control room at Kennedy Space Center.  I have absolutely no idea what most of those buttons do, nor do I wnat to find out.  I am sure they probably do some pretty interesting things... maybe.

In any event, it now seems that the remote is about to become passe.

A British research team at Lancaster University has come up with a device that will allow you to change the channel (and probably a lot of other stuff as well) simply by moving your hands.

The user synchronises hand, head or object movements with the targets to activate functions such as volume, changing channel or viewing a menu.

"Team leader Christopher Clarke, a PhD student at the university's School of Computing and Communications, said: "Spontaneous spatial coupling is a new approach to gesture control that works by matching movement instead of asking the computer to recognise a specific object.

"Our method allows for a much more user-friendly experience where you can change channels without having to put down your drink, or change your position, whether that is relaxing on the sofa or standing in the kitchen following a recipe"

For those of us who spend a lot of time gesticulating while we talk, I think this might be problematic.

Apparently, you focus your attentions on one object in the house as the locus of your instructions.

"You could even change the channel with your pet cat," says Clarke.

But what if the cat runs away?