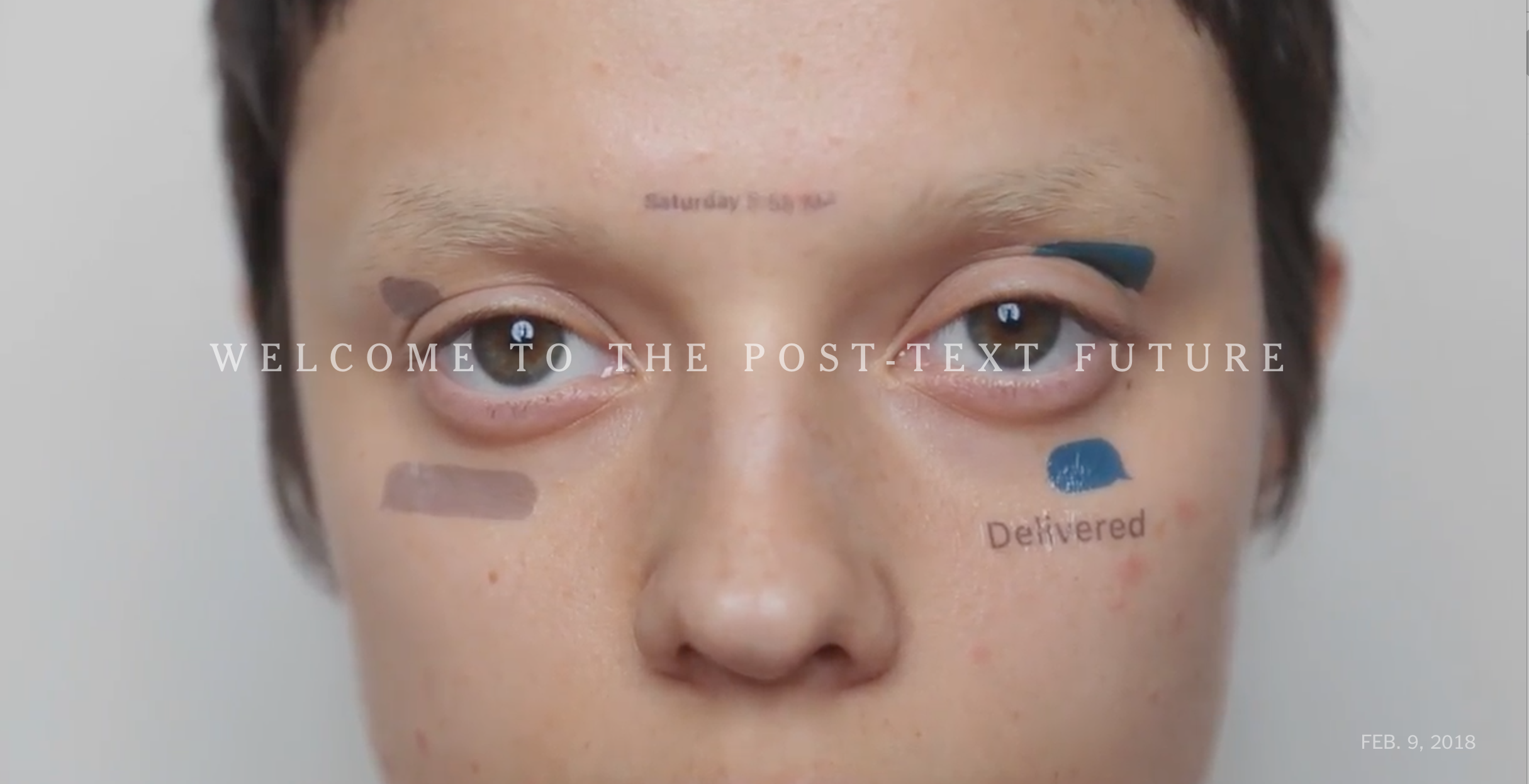 I’ll make this short: The thing you’re doing now, reading prose on a screen, is going out of fashion.

We’re taking stock of the internet right now, with writers who cover the digital world cataloging some of the most consequential currents shaping it. If you probe those currents and look ahead to the coming year online, one truth becomes clear. The defining narrative of our online moment concerns the decline of text, and the exploding reach and power of audio and video.

THIS MULTIMEDIA INTERNET has been gaining on the text-based internet for years. But last year, the story accelerated sharply, and now audio and video are unstoppable. The most influential communicators online once worked on web pages and blogs. They’re now making podcasts, Netflix shows, propaganda memes, Instagram and YouTube channels, and apps like HQ Trivia.

Consider the most compelling digital innovations now emerging: the talking assistants that were the hit of the holidays, Apple’s face-reading phone, artificial intelligence to search photos or translate spoken language, and augmented reality — which inserts any digital image into a live view of your surroundings.

These advances are all about cameras, microphones, your voice, your ears and your eyes.

Together, they’re all sending us the same message: Welcome to the post-text future.

It’s not that text is going away altogether. Nothing online ever really dies, and text still has its hits — from Susan Fowler’s whistle-blowing blog postlast year about harassment at Uber to #MeToo, text was at the center of the most significant recent American social movement.

Still, we have only just begun to glimpse the deeper, more kinetic possibilities of an online culture in which text recedes to the background, and sounds and images become the universal language.

The internet was born in text because text was once the only format computers understood. Then we started giving machines eyes and ears — that is, smartphones were invented — and now we’ve provided them brains to decipher and manipulate multimedia.

Suddenly the script flipped: Now it’s often easier to communicate with machines through images and sounds than through text.

It’s more than just talking to digital assistants. Artificial intelligence might soon let us search and index much of the world’s repository of audio and video, giving sounds and pictures a power that has kept text dominant online for so long. On HBO’s “Silicon Valley” last season, there was a joke about an app that helped you identify any cuisine, SeeFood. Weeks later, Pinterest introduced just such an app; along with Google, the social network is developing software to identify any visual object.

Tech didn’t just make multimedia easier to produce. It also democratized non-text formats, which for so long had been accessible only to studios. Podcasting became something like the new blogging, a way for committed amateurs and obsessives to plumb the underexplored eddies and mysteries of life. There’s a podcast by a guy who spends more than a dozen episodes explicating the genius of Kanye West’s fifth studio album. He does so using a trove of documentary material he found — where else? — on YouTube.

Meanwhile, social media showered every multimedia creator with a potential audience, and it allowed the audience to connect and discuss the work, deepening fans’ relationship to levels of obsession.

It’s a kind of passion that ultimately makes for a fundamentally new, deeper kind of art. Look at all the room the internet opened up for crazy mash-ups of ideas. Netflix’s best recent show, “American Vandal,” is a parody of “Serial,” the true-crime podcast, and “Making a Murderer,” another Netflix show.

The transition to multimedia won’t be smooth. Business models are hardly proven. For several news sites, the pivot to video ended in a bust that will now give Facebook and Google even greater market power. Many podcast advertisers — I’m looking at you, Blue Apron — are themselves not on the most solid financial ground; they could blow up tomorrow, taking the whole boom with them.

Yet the financial questions may be the least of our worries. An online culture ruled by pictures and sounds rather than text is going to alter much about how we understand the world around us.

The haze of misinformation hanging over online life will only darken under multimedia — think of your phone as a Hollywood-grade visual-effects studio that could be used to make anyone appear to say or do anything. The ability to search audio and video as easily as we search text means, effectively, the end of any private space.

Then there’s the more basic question of how pictures and sounds alter how we think. An information system dominated by pictures and sounds prizes emotion over rationality. It’s a world where slogans and memes have more sticking power than arguments. (Remind you of anyone?) And will someone please think of the children: Do you know how much power YouTube has over your kids? Are you afraid to find out?

But what are we going to do? There seems no going back now. For text, the writing is on the wall.