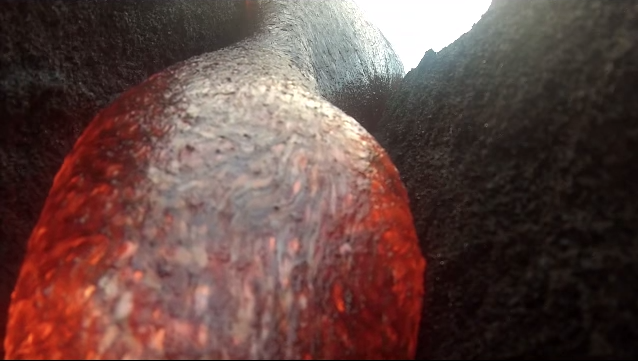 The GoPro That Survived Lava

They say that GoPro cameras can withstand any condition, and it turns out they're probably telling the truth. Check out this amazing video of a GoPro's encounter with a stream of 2,000 degree lava from Erik Storm of Kilauea EcoGuides (http://www.kilaueaecoguides.com):

Everyone knows that GoPro cameras can handle almost any shooting condition, but now you can add laval to the list. According to the story from Peta Pixel, Storm put the camera and its casing in a crack in a rock and waited for the lava to pass right over it. Once the lava had settled, Storm broke it out of a new rock encasing and noticed that the wi-fi light was still blinking. Truly amazing.

Not only is this a win for GoPro's feature list, but also is an amazing sign for camera technology and how far it has come in the last decade.

Cameras can do amazing things that they were not able to do just years ago and they have become much more widely available. It used to be that if you wanted to produce professional quality video you had to invest in a lot of big and expensive equipment. This fact restricted access to those with deep pockets. Now, you can produce professional quality video with your smartphone. This has opened up video production to people around the world.

There is no doubt that cameras have come a long way in the past few years, and the way the trends are going, paired up with the continued demand for video content on the web, it is likely that camera technology will only get better, and more affordable, going forward.