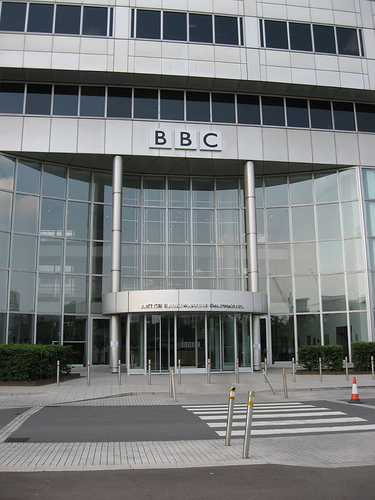 The Guardian reports this week that the BBC will spend about £8 million to fund over 150 local journalists.  The initiative hopes to fill the gap in local reporting in the ever changing and ever more centralized world of news.

While the abilities and technology for journalism to become more bottom up than top down had vastly impoved, much of the business of news has consolodated into a few large companies.  This is a trend across the world, and the losers in the current scenario are local communities underserved by the large news companies.

The BBC looks to change that with this intiative.  They will empower local journlaist to do what they do best without constraints of journalism as a business.

The plan will create a video news bank, which will enable BBC local video and audio content to be accessed by local news media websites, and a new data journalism unit developing expertise and providing content to local news providers.

The initiative, confirmed on Wednesday, follows growing concerns about a decline in local newspapers and other outlets holding local authorities and service providers to account.

There will also be a jointly commissioned independent audit to establish the use of local press content by the BBC on its media platforms and vice versa.

The BBC’s director of news and current affairs, James Harding, said: “These plans are not just a milestone in the relationship between the BBC and the local press. They will enhance local journalism, ensure greater accountability of people in public life and enable BBC audiences and newspaper readers to get better coverage of what’s really happening in their communities.