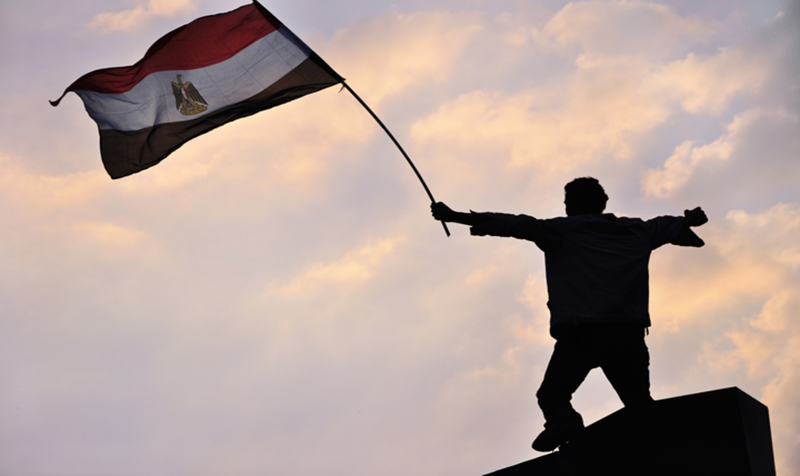 Egyptian police have arrested five members of a satirical group for videos they made mocking the president and other government officals.

Video is a powerful medium -- this is a given.  It has the power to change the way people see the world, and deliver powerful messgaes that may not be achievable through just words or written text.  This is particularly true in the arena of satire.  When combined with the platform of the Internet, this power is exponentially larger, as it can reach people across the country and world at any time.

It is clear to see why a government so fragile may target a group like this, and it validates the power that video can have, but it is not the way that any democracy (or republic as Egypt actually is) should operate.

In a country still fresh from a revolution very much spurred from video and social media, this is a clear attempt to stifle the freedom of expression, and keep any forward motion of revoultion or public dissent and stake in government at a standstill.  It seems if al-Sisi has his way, the revoultion will not be televised.

The group, Awlad el-Shawarea (Street Children) has a large social media following. It shoots selfie-style clips on the streets that deal mostly with social and political issues.

A recent video was entitled “al-Sisi, my president, made things worse” while another clip mocked president Abdel Fatah al-Sisi’s hallmark speech endings of “Long live Egypt!” and his recent references to advice from his late mother “never to covet what belongs to others”.

The group has also recently devoted an entire clip to Egypt’s surrender of control over two strategic Red Sea islands to Saudi Arabia, mocking the oil-rich kingdom as lacking in civilisational pedigree. It also mocked the Egyptian government for seeking to silence those who claim the islands are Egyptian.