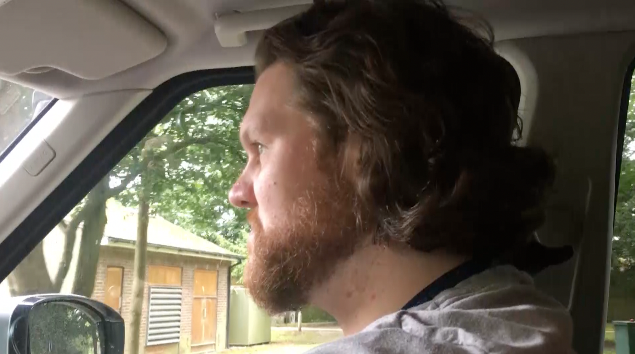 The Importance of Motion

Last week, we ran one of our intensive video bootcamps for BFBS, the British Forces Broadcasting Services, the media branch of the British Armed Forces.

We have, over the past few months, been much more aggressive in trying to move television news reporting into the realm of cinematography.  There is no reason a TV or video news story cannot be as visually arresting as a feature film, just more factual.

As well, a character, set out from the beginning as ‘going somewhere’ lends a natural arc of story to every story – it raises the fundamental questions: where are they going and what is going to happen when they get there.  Planting there questions in the mind of the viewer, particularly at the beginning, guarantees that they will stay until the end.

Take a look at the following video, shot, edited and produced by Luke Hurst from BFBS during our bootcamp.  In this short story, he follows Scott Richmond, a technician with BFBS.

Watching the video, it is impossible to get bored or distracted.  Scott is clearly going ‘somewhere’ – where we do not know. That not knowing makes it even more compelling and harder to turn away from.

Finally, when we get to the end, we feel as if we have been on a great adventure with Scott. In point of fact, nothing has really happened.  But the sense of on-going movement makes it seem that a lot has. This is a story about nothing, really. Imagine what would happen if you were to apply these relatively simple techniques to a story in which a lot happened.