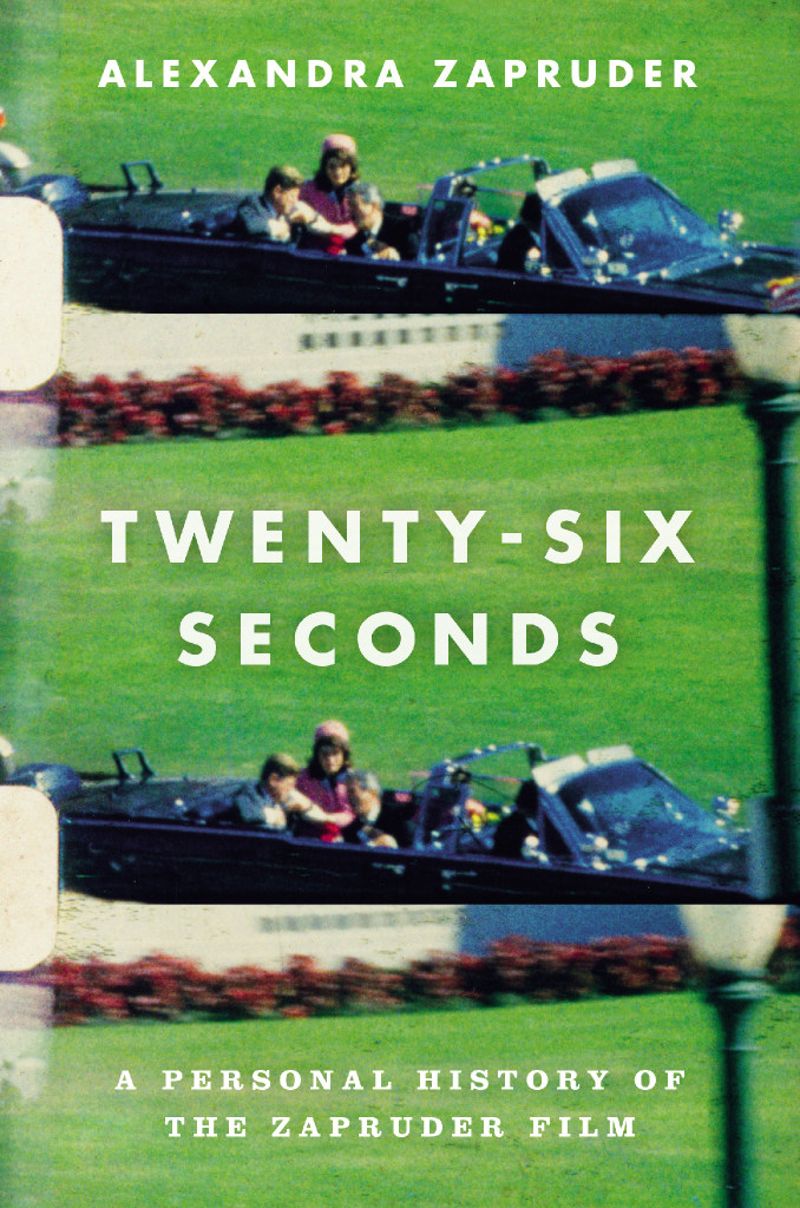 26 Seconds, a book by Alexandra Zapruder

The Kennedy Assassination and Abe Zapruder

On November 22, 1963, Dallas based dressmaker Abraham Zapruder was playing with his Bell & Howell 8mm film camera.

President John F. Kennedy was scheduled to appear in the city that afternoon, and his pathway into downtown Dallas would take him through Dealy Plaza, just a few blocks from Zapruder's place of work.  a great opportunity for a film hobbyist.

As the motorcade sped by, Zapruder, standing on the grassy knoll to get a good shot, hit the record button and the film coursed through the gateway. 8mm film reels could only shoot 3 minutes of film.  Zapruder only needed 26 seconds.

As Zapruder watched through the viewfinder, Lee Harvey Oswald, ensconced in the Texas Book Depository at the far end of Dealey Plaza fired three shots that killed the President.

Zapruder watched it all take place through his viewfinder.  He knew, in a moment, he had recorded something historic.

His granddaughter, Alexandra Zapruder has now written a book about the film and how if effected her family. It is a long and interesting story.

Today, we have a natural assumption that we are going to see every act, historic or otherwise.  If something happens we immediately go to CNN or Twitter or Instagram or Facebook, and expect that withing minutes, if not seconds, we will see - live now - whatever 'thing' has happened that has caught the attention of the nation or the world at the moment.

We are 'on camera' all the time.

It was thus astonishing to read that the original Zapruder film was not even seen by the public until 1975, when a pirated copy was shown by Geraldo Rivera on his show Good Night America.

It was a different world.

Today, we are all citizen journalists, and everything that happens is recorded or live streamed.

We are all better informed, but are we better off?