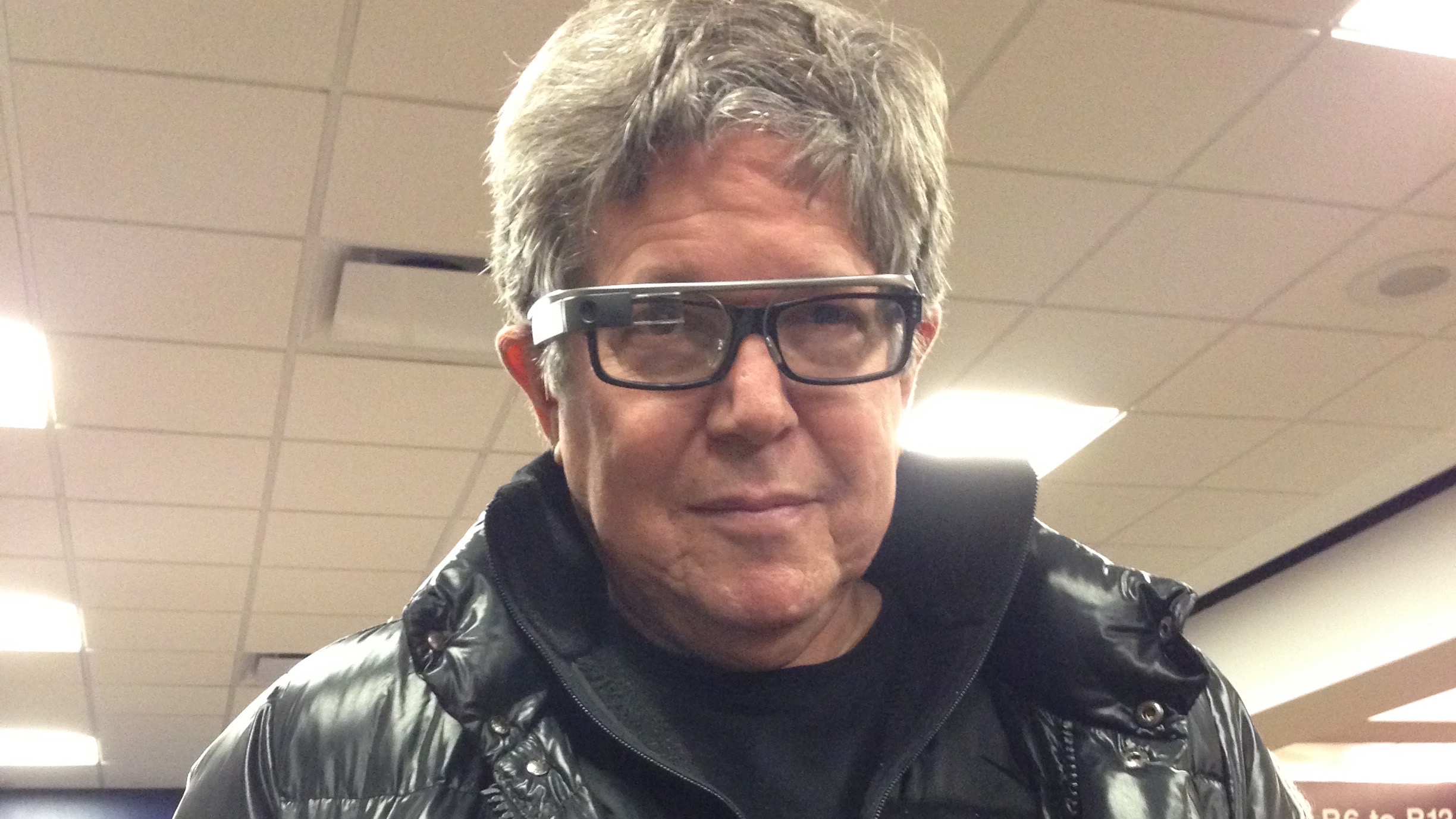 The Man Who Mistook His Eye For A Camera

There has been a lot of talk of late about the arrival of the Singularity, the moment when human and computer merge.

This does not come (if it comes) in one moment, but rather in small and incremental steps. Ray Kurzweil outlined it a few years ago in his book, The Singularity is Near - When Humans Transcend Biology.

Rob Spence is one step on the long road to becoming cyborgs. He is a one-eyed filmmaker who had a micro video camera implanted where his second eye should have been.

He calls it The Eyeborg Project.

Not too many years ago, few people had video cameras. In the 1990s, when we tried to launch a series called Sweden's Funniest Home Videos (oxymoron? Maybe), we have to ship video cameras and instructions to participants. Almost no one in Sweden even owned a home video camera.

Today, of course, everyone who has a smart phone or an iPhone has a video camera with them 24 hours a day.

That is a radical change!

Any time you see a story on a local crime, from an armed robbery to an attack on a street corner, there is a video that accompanies, it. We are pretty much 'on air' all the time now.

That is a major change in our culture and one that crept up on us without our even knowing.

Not too many years ago, I bought one of the first pair of Google Glass.

Now, here's a weird sidebar to the story.

As soon as I got them, of course, I turned them on and began to play around with them. They didn't come with any instructions and there weren't any on YouTube - this was day 1 of Google Glass, but it was not too hard to figure out.

About 3 days later, I got a call from Google.

(When was the last time you got a call from Google).

They wanted to know what I was doing with the Google Glass, as I was not an official 'Explorer.'

Wow!  I mean, how did they even find me?

I told them I had bought the glass from the roommate. He was in fact a 'registered Google Glass explorer,' but part of the deal was the you were NOT ALLOWED to sell the Google Glass to anyone else.

I told them he could not afford it, I was interested, I had founded Current TV among other things... blah blah blah...

So they told me I had to go down to the Google office across the street from the Chelsea Market and get the instruction and also sign in as a Google Glass Explorer - though they told me that they normally didn't do this.

So I went, and I got the instruction.

Now, what I really liked about Google Glass was that it let you live stream video from the glass to the web. This was before FB ever thought about Live streaming.

So, I got this idea for a business. Supposed celebrities and athletes wore the Glass while they were playing baseball or walking on the red carpet or performing a live concert or whatever... and suppose you could charge people, say, 99 cents to spend 3 minutes 'sharing the experience of pitching the world series, for example, or The MTV Awards through the eyes of Kanye West.'

I think so. Would the celebs wear the glass? If I gave them 70% of the proceeds.

A great idea, no?

So I started to launch the business.

And then, all the crap about Glassholes, and the next thing you know. Google has disabled the live streaming function.

Now, my Glass lies at the bottom of my closet, along with my TRS 100 and my Treo.

Another stepping stone on the road to oblivion.