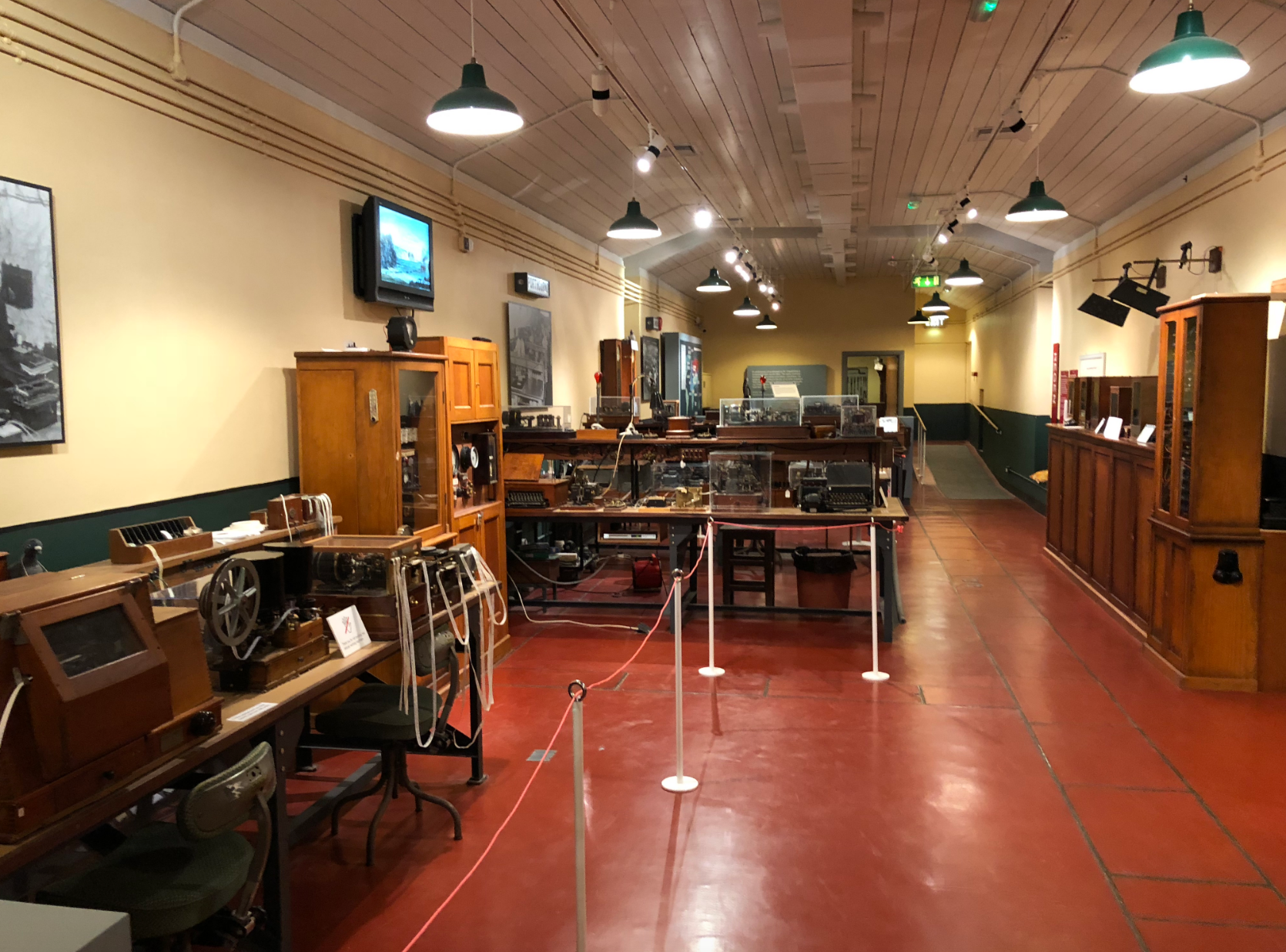 The Museum At The End of the World

Lisa and I were in Cornwall for the week, when we decided to drive to the end of the world.

Land's End is on the westernmost tip of England.  Rock, beach and the sea. After that, next stop America.

In Britain, it's about as desolate and removed as you can get, but once this tiny spit of rock jutting out into the Atlantic was the technological and communications center (or centre as we say here) of the world.

Just before you get to Land's End you pass a small sign that says Telegraph Museum. It's in the town of Porthcurno, which pretty much consists of the Telegraph Musuem, a few houses and a cafe.  We pulled in.

As you can see from the photo above, a visist to The Telegraph Museum is not exaclty like a visit to, say, The Tower of London, where you can wait on line for hours to be trooped in and trooped out again so the endless crowd of tourists can take their photos and gawk.  You may linger at your ease in The Telegraph Museum. No rush and certainly no crowds, which is kind of a tragedy.

This was once the Google and Facebook and Apple of the world all in one place. The reason was the location.

In 1858, the first undersea cable was laid, connecting the United States to Great Britain by telegraph.  You can imagine the impact of this piece of tech. Prior to the undersea cable, the fastest a message could be transmitted from the US to Britain was to place a letter on board a ship and hope for the best.  The undersea cable was a revoluition in communications on the level of the Internet.

It must have seemed that an investment in undersea cable and the parent cable company, or even real estate in Porthcurno would have semed like a good idea - a bit like buying shares in Facebook.

But beware!  Live by the technology, die by the technology.  In 1898, Marconi presented his own invention, wireless, which rendered the incredible cost and complexity of laying physical cable unnecessary.  Suddenly, and very much without warning, cable telegrapy was, well, a musuem piece.

And so the museum.

Now, you would think that people could get over it after, oh, 120 years or so, but such is not the case.

When we went to the Telegraph Museum, we joined the other 8 hearty souls who were there for a lecture and demonstration on telegraphy.  The demonstration was going quite well until the end, when the woman giving the lecture told us about the arrival of 'that terrible man Marconi and his wireless.'  According to her, wireless and radio should have been a mere flash in the pan.

"Telegraphy by cable was secure," she told us solemnely.  "Wireless and radio. Well, the Germans could intercept it at any time!"

Fortunately, there were no Germans in the group that day.