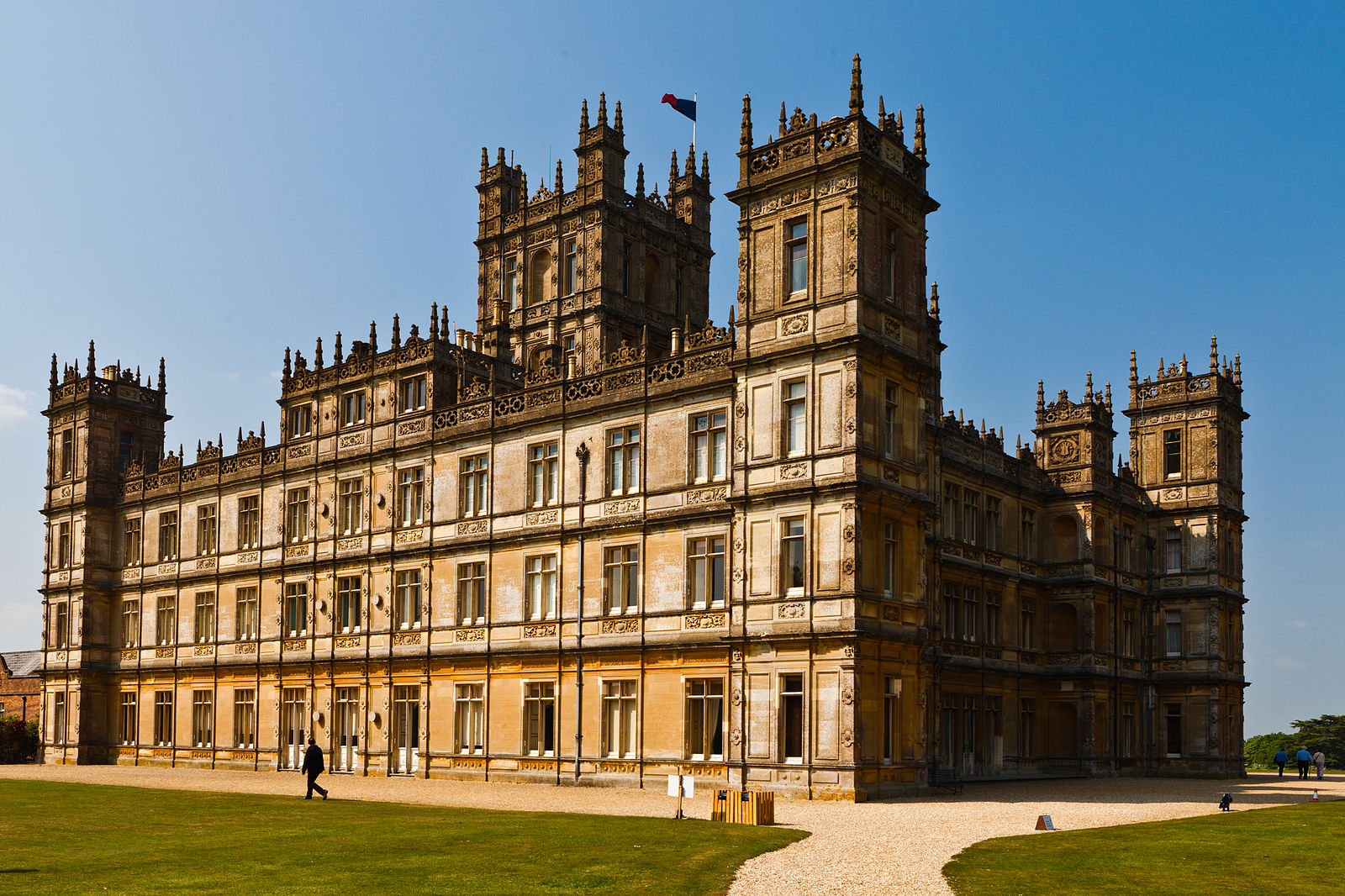 The Other Downton Abbey

Yesterday, we went to see Downton Abbey, the movie.

We and a few million other people, apparently. Which is fine. It is a lovely movie.

And, for millions of people all over the world, the movie and the TV series it was based on, are going to be perhaps the only education that anyone gets about what life was like in Britain in the 1920s (and before, if you go back to season 1).

And, as any astute viewer can see, life in a stately home like Downton was pretty good, both for the upstairs people like Lord Grantham and his family, but also for the downstairs people like the footmen, the maids, the kitchen staff and the butler. All in all, it was really just one big happy family where everyone got along and everyone pitched in in tough times, toffs and scullery maids, all on a more or less equal footing.

This, of course, is utter nonsense.

Downton Abbey bears about as much relationship to what life was actually  like, particulary for those 'in service' as Batman does to actual police work, which is to say, none at all.

The actual life of the 'staff' of one of those stately homes was nothing short of brutal, ugly and dirty.  The work day started at 5:30 or so, hauling coal, cleaning out the fireplaces, emptying the chamber pots and really cleaning the house by hand - withouth the benefit of a Dyson hoover. In Downton Abbey, what little work the staff seems to do amounts to the occasional dusting of a rail or the polishing of a knife and fork. Bolluoks!

Kitchen work was even worse, The kitchens were brutally hot, the floors scrubbed by hand in an era before detergents; pots and pans were washed with caustic soda that burned the hands of the staff - that's why they all wore white gloves, by the way.

There was little time for bathing - the notion that Daisy could sat at the kitchen table and study and read is nothing short of ridiculous.  The staff smelled terrible, which is why they were generally kept from any contact with the family.

If, by chance, they did encounter a member of the family, they were instructed to turn and face the wall.  Happy chit chat between master and serf simply did not occur. When there was contact between his Lordship and the staff, it more often than not resulted in a pregnancy and a child - which happened fairly often.  These, by the way, were not love affairs, but closer to rape.

The notion that Tom, the Irish Republican chauffer could marry Lord Grantham's daughter and suddenly be admitted into the highest of social circies is as absurd as the idea that Edith could have an illegitimate child and bring her into the family with everyone's blessings; not to mention cousin Rose marrying a Jew.  Oy Vey, as the Granthams used to not say.

Well, OK. It's a movie. It's entertainment.

Jaws was a movie, it was entertainment, but it was also 'educational', in that it educated an entire generation that sharks were, in the words fo Mr. Hooper, the Icthyologist played by Richard Dreyfuss, "eating machines' - with 'dead eyes'.

The actual odds on your being killed by a shark attack are 1: 3,748,067. But that has not prevented us from believing that sharks are all out to get us.  Since Jaws premiered, there have been 70 more movies made about killer sharks.  And since, Jaws premiered, we have been on a rampage to wipe out the killers. More than 100 million sharks are now killed every year.

As a result, many species of shark are now considered endangered.

Downton Abbey educates people in a kind of warped way about what life was like when you were 'in service' in a stately home. And it was not the way you might think.

Probably not in this case. The only endangered species here is families like The Granthams, most of whom lost their homes to the Natoinal Trust a long time ago.

Historical entertainment is great, so long as it has a counterbalance in education. But debase actual education, and all you have left is what's on the screen, for better or for worse.

But there is a lesson here about the ability of the media to warp our perception of history.

In the case of Downton, it is Julian Fellows who controls the past, present and future.  He seems like a decent fellow. Others, in other fields, may not be so kind.