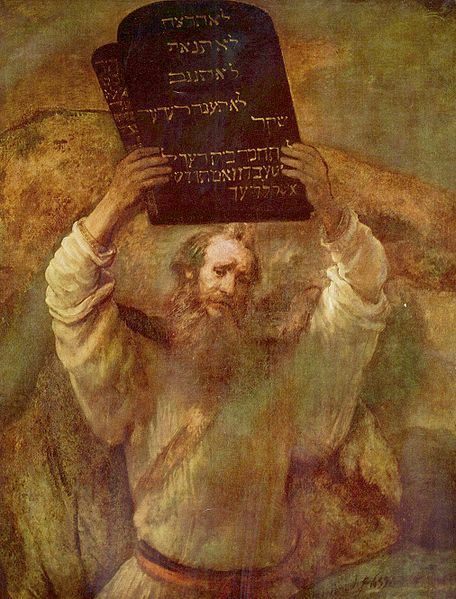 Moses and the 10 Commandments by Rembrandt - 1659 (Wikicommons)

The Remarkable Power of Storytelling

Take a look at the image above and tell me what you see.

If you are in line with 99.9% of the rest of the human race, you know this image right away.  You may not recognize the painting or the painter (Rembrandt), but you certainly know the story behind it. That would be the story of Moses and the 10 Commandments.

The fact tht you instantly know the story and can immediately bring it to mind is nothing short of miraculous. That's because the story is at least 3500 years old.

That is a very impressive achiement - that a story survives not just in the popular mind, but in your mind at this very moment for 3,500 years.  You no doubt have a harder time telling me what you had for breakfast yesterday. That's because breakfast is not structured as a story - Moses and the 10 Commandments is.

Stories and storytelling are the way that we as a species communicate and pass on important ideas and concepts from generation to generation. The Moses Story is a long convoluted tale of a young man who almost dies right after birth, who goes on to become an Egyptian Prince, who is given a task by God, who tries to avoid the task, who embraces it and with the help of God takes the Jews out of slavery, who parts the Red Sea, who meets with God and passes on the 10 Commandments to the Jewish people

Wow. That is a hell of a story!  You could make a movie out of it. In fact, of course, many have - from Charlton Heston as Moses to Star Wars (1977) with Mark Hamill as Luke Skywalker.

Yep. Same plot more or less.  Reluctant leader of a kind of revolution against ths evil powers is given a task, tries to run away, embraces it and triumphs.  Does not split the Red Sea, but splits the Death Star - close enough.

That's not just what we resonate to, it is what sticks with us.

But the people who wrote the bible (your call), understood that what sticks with human beings are stories - so they invest you in a character (Moses) and an arc of story (10 plagues, free the slaves, split the Red Sea, Get the Commandments).  The Get The Commandments part is the payoff, and by the time you get there, you are so invested in the story line that it sticks. Forever, or at least for 3,500 years so far.

Now, what in the world does this have to do with video and journalism?

Everyting, as it turns out.

If you are, say, in the news business, and you are packaging your news as fact packed 'packages', no one is going to remember - in fact, hardly anyone is going to pay attention to them. This method of delivering information is antithetical to the human experience.

This is true not just of news, but of anything - politics or even selling soap.

Look at JFK (for example)

His memory still resonates with incredible power? Why? He was only in office for 3 short years. In point of fact did not really do or achieve a lot. But after he is killed, what is the story that is created?  Camelot! Lerner and Lowe knew what they were doing.  Now that is a story we can all relate to.  Like Moses.  So Kennedy became a kind of cultural touch stone tht LBJ or Bush or Clinton could never become and never will become.

Kennedy was killed nearly 60 years ago!  Go back 60 years from the day he was shot and you get to 1903. Any strong memories of 1903 with you? Nope. But Jack Kennedy, even to this day, powerful stuff.

You want your message to stick. You want people to pay attention. You want audience engagment?  Tell me a story.