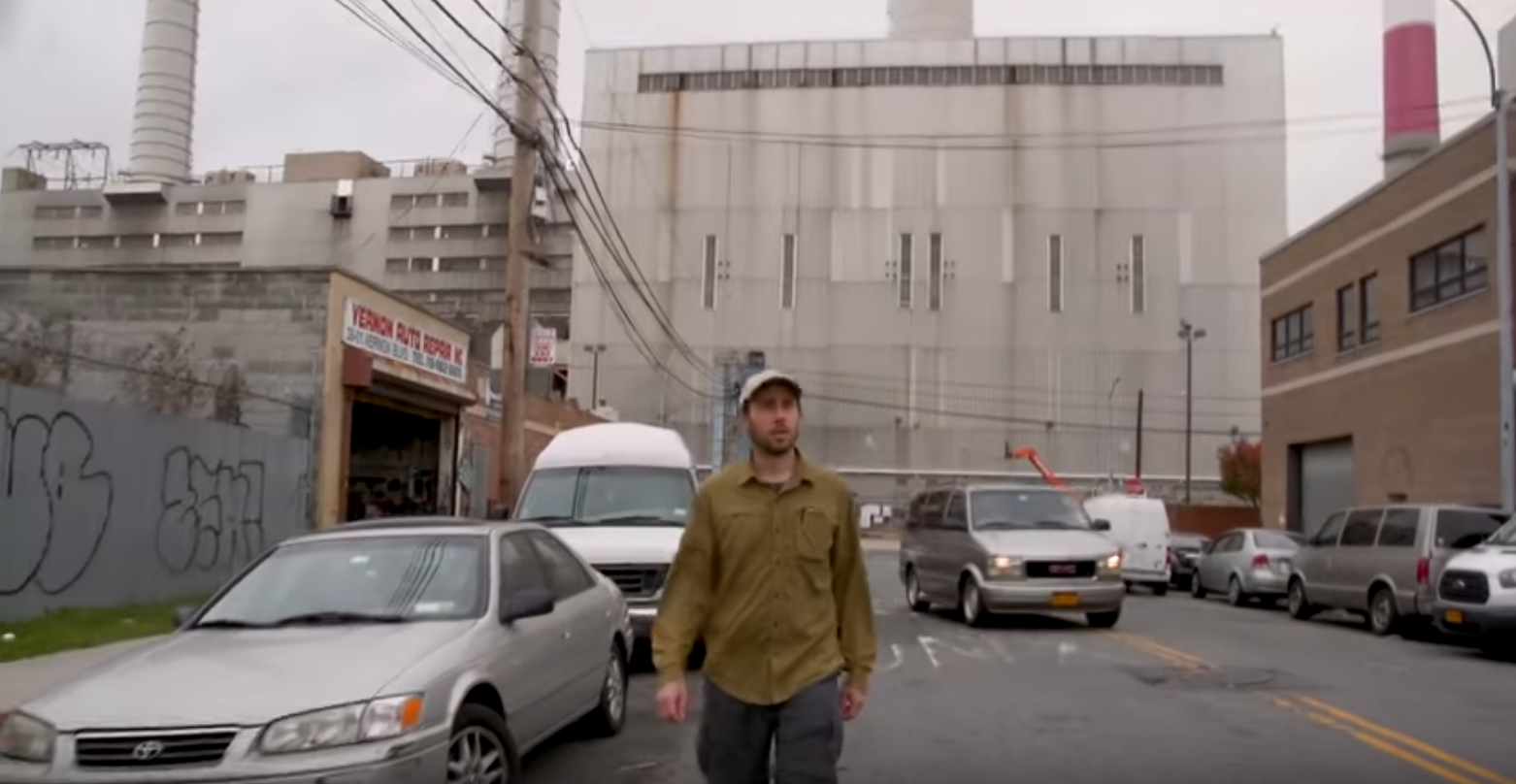 The World Before Your Feet

You might think that that was more than enough walking for a lifetime, but for Matt Green, he was just getting started.

For the past 8 years, he has been walking every street, alleyway, footpath and beach in New York City . That would be all five boros.

That's a lot of walking, More than walking across America, as it turns out.  Matt has now walked more than 8,000 miles, and just in New York City - and he isn't done yet. He has another 5% of the city to go before he finishes.

Indy Doc fillmaker Jeremy Workman began to follow Matt and film him, starting a few years ago. Then, he just kept filming.

At lot of us get involved in what I would call projects of passion.  They don't seem to have a lot of commercial potential, but in a world in which it no longer costs a fortune to shoot and produce a film, sometimes following your personal passion is the best thing you can do.  That's what happened to Jeremy.

The finished film (even if the walk isn't) opens this week, and so far, it has a rather astonishing 100% from Rotten Tomatoes.

What is perhaps even more astonishing is that the film has been produced by actor Jesse Eisenberg. When you think of Mark Zuckerberg, you might mistake Jesse for him. He played the Zuckerberg role in The Social Network.  But he was also Lex Luther in Batman vs. Superman, Ashton in Modern Family and a lot of other stuff.  Having Jesse Eisenberg back the film and agree to produce it, no doubt, did not hurt.

What is amazing is how Jeremy Workman got Eisenberg interested.

He just wrote to him.

He wrote to him and sent him a copy of the film and asked for his advice.

It was a cold call.

Eisenberg, clearly a very nice guy, originally was just going to respond with a 'good luck' note, but after watching a few mintues of the film, he decided to watch a few more minutes, and then ended up watching the whole thing - twice.

Then he called Workman.

There's a lesson in this.

Then, send it out.

To a lot of people

The only thing you know for sure in this world is that if you DON'T send it out, you can be sure that no one is going to back it.