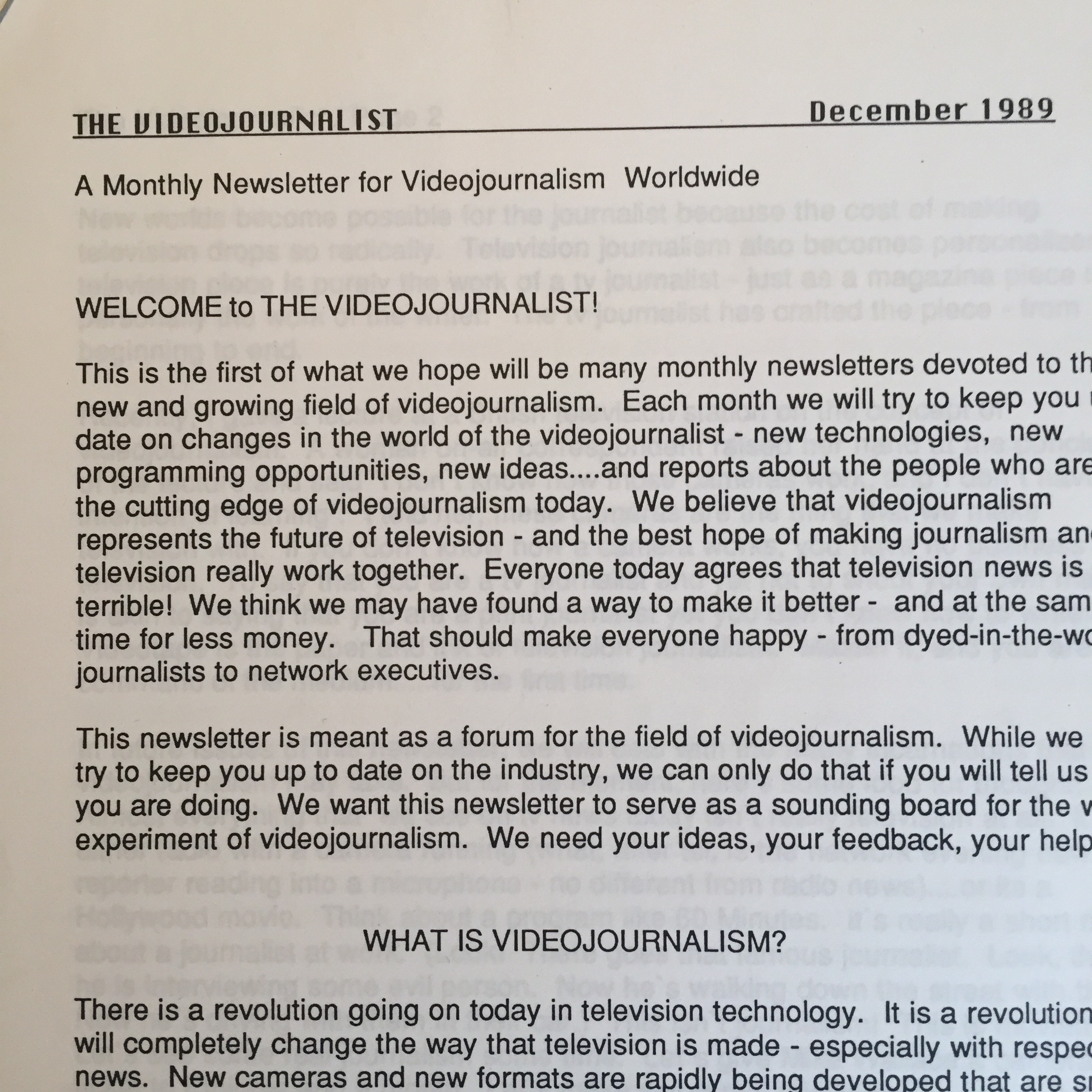 TheVJ.com is only about a month old, but The Videojournalist, the printed and xeroxed forerunner of this site dates back to 1989, making this our 36th year in publication.

I started the printed newsletter (how utterly archaic) in 1989 when I was working with Jan Stenbeck in Stockholm.

Actually, I was in Bergen, Norway, where Stenbeck had just bought the local TV station.

The whole idea of local TV was a new concept in Norway, as was the whole notion of commercial television in general. Before that, there had only been NRK, the national network.

Stenbeck gave me the challenge of trying to figure out what to do in Bergen.  All new - local, commercial...

Before TV Bergen, NRK, based in Oslo, would cover Bergen only periodically - perhaps sending a reporter and crew once a week or so.

When I arrived in Bergen, the newsroom (still being built) was filled with 30 or so eager young journalists, all anxious and ready to get to work. But doing what?

This is where I got the idea that instead of building another duplicate of what NRK did in Oslo, it would be much more interesting to try and build a local TV station that ran like a newspaper. In a newspaper, everyone who works there has a pencil and paper (so to speak) and everyone writes for the paper.  Why not make television news work the same way? Every reporter would get a camera (Hi8 in this case - small, light, easy to use) and be trained on how to use it to make television journalism.

The trick woud be the training.

When I went to Columbia Journalism School, the course lasted a year. We had to be on the air in month or so.

So I thought up the 5-shot method (which we still use to this day), a simple formula for acquiring all you need to shoot and cut a broadcast quality piece every time.

Reading the text of the newsletter, I can see that we are still continuing the work we began in 1989 - 'each month we will keep you up to date on changes in the world of videojournalism'.

Except now, we update more frequently!