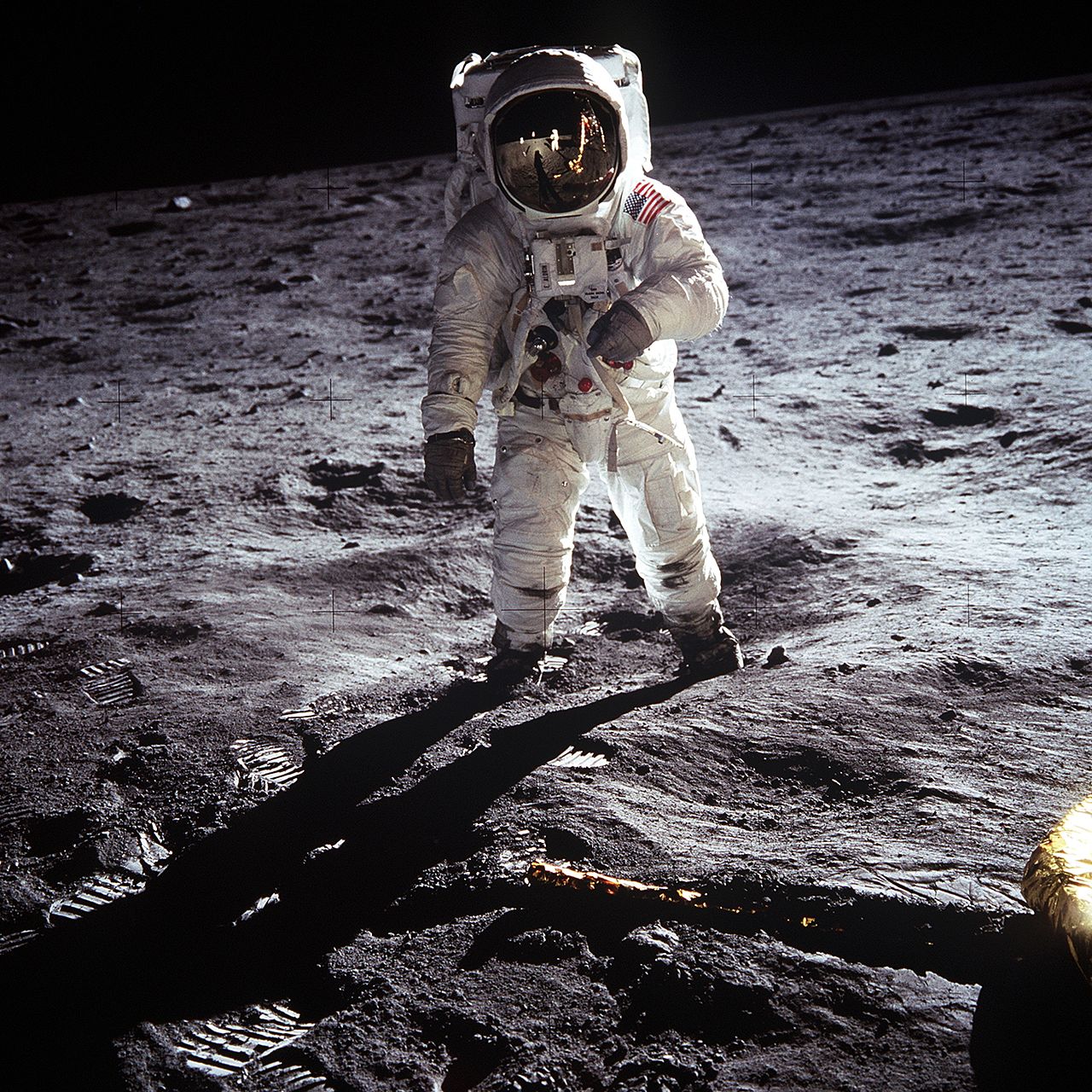 To The Moon, Alice!

Star Trek, the television series was launched. The USS Enterprise,  piloted by William Shatner, playing Captain James T. Kirk rocketed into space.  In the first episode, Captin Kirk and his team beam down to the surface of planet M-113 where they encounter Dr. Robert Crater and his wife Nancy, who claim they only need 'salt tablets'.  I only gets more complicated after that.

Only a few months earlier, Lt. Neil Armstrong, playing himself, piloted the Gemini 8 spacecraft into a docking maneuver with an Agena target vehicle. He succeeded.

Both 'events' were televised.

In the next three years, Captain Kirk and his crew would go on to seek out new life, explore new worlds, beam down on countless planets where they would beat people up, outwit computers that had controlled relatively stable societies for thousands of years, travel in time and fight the Klingons with amazing weapons.

In the next three years, Neil Armstrong would go on to be the first man to land on the moon.

Both of these events were also televised.

Now, fifty years later, the crew of the Enterprise is set to blast off on yet another series, this time on CBS. They can add this to their long repertoire of movies, TV series, cartoon, lunch boxes, conventions and much more

There is something peculiar in that, the fact that no one has gone back to the moon, but somethig that speaks volumes about our culture.

Both Star Trek and The Moon Landings were watched by millions of Americans on TV.

But only one of the series was cancelled.

The fake one goes on and on.

Actually, the Apollo Lunar Program was supposed to have carried out 10 missions to the moon. It was cut short at Apollo 17 (having started with Apollo 11).  Congressional funding was cut off.

The missions to the moon were bad TV.

No one was watching.

(You could say they lost public support if you like, or public interest).

They were, after all,  in black and white.  The images were grainy. And worst of all, the plots were terrible and so was the writing: "That's one small step for man.. one giant leap for mankind"

This is space travel for crying out loud.  How can that compete with 'beam me up Scotty', or 'Damn it Jim, I'm just a country doctor' or  or, the best, 'Khaaaaaaaan!'

People still go around quoting those iconic lines today, fifty years later. Have you ever been to a party where someone said, 'that's one small step for man?'

In a world in which we watch both fact and fiction on the same device, television, does it really matter, after a while, that one of them is fact and the other is fiction?

The moon has tantelized mankind since we first were able to stand erect and look up at it from the savannas of Africa.  It has dominated art, poetry, religion, mysticism, our deepest fantasies and desires.  The idea of flying to the moon has been with us for thousands of years, and then, in 1969, when we achieved this most ancient of longings, we just stopped.

It is as though Columbus, having discovered the New World, came back to Spain and evryone said, 'well, that was interesting, but did you see the last episode of The Inquistiion last night on Channel 3?'

Fortunatley for those of us who live in the New World, (though not perhaps for millions of native Americans), there was no TV in 1492. Had there been, it might be the Arapaho who were talking about building a wall to keep the Aztecs from getting in.

But there is TV now. And lots of it.  We spend most of our spare time watching it.

And it is a medium that lives and dies by its ability to entertain.

And moon missions simply were not entertaining - at least not after the first one.

Subsequent episodes were basically just a repeat of the pilot (which rated quite well - 600 million viewers, the biggest audience world wide to that date). But after that, well, there was no place to go really. Drive a buggy?  Hit a golf ball? No wonder people tuned out.

The trip to the moon cost US taxpayers some $20 billion.

That's not a lot when you think that the wars in Afghanistan and Iraq have cost nearly $4 trillion. And the technology to go to the moon was as old as, well, your 1965 Chevy.  Your iPhone has about 3 million times the computing power of all of NASA in 1969, and costs a lot less - even for Apple.

So it's not the tech and it's not the cost. It's the audience.  It's the eyeballs.  It's the traffic.  Manned Landings on the Moon, it turns out, performed worse than the worst new online app that no one wants.  It's a loser. No wonder it got killed.

This is too bad. Because while we have spent billions on Star Trek and Star Wars and Avatar and lots of other space explorations - the real moon has sat silent and abandoned.

Well, maybe in a world dominated by television, reality no longer matters.  If our current Presidential elections are anything to go by, that clearly seems to be the case.