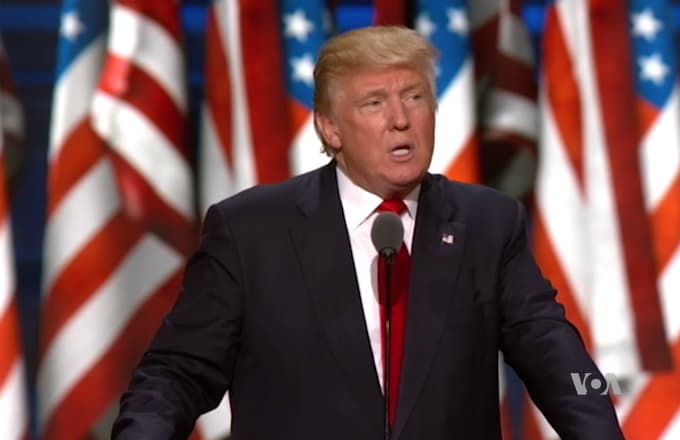 "Throughout the world, CNN has a powerful voice portraying the United States in an unfair... and false way,” Trump tweeted on Monday afternoon, adding that “something has to be done.” One of the possibilities he suggested was the US government staring its own network “to show the World the way we really are, GREAT!”

This is a great idea.

It is so great an idea, that there is already one in place.

It's called The Voice of Amerca, or in the case of TV, VOA-TV.

I helped build it.

In 1999, I got a call from Kevin Klose who was then the head of VOA, The Voice of America. Klose would go on to head NPR, but that was later.

VOA at that time was a global short wave radio network that broadcast news around the world - but in radio.  VOA wanted to transit to television, but they had been quoted some astronomical prices by existing US TV networks.  Hundreds of millions of dollars, if not more.

I had a different idea.

My idea was to take their existing radio journalists and replace their tape recorders with video cameras.  It would be an easy, seamless, and relatively inexpensive transformation.

He liked is to much that I was hired for two years to turn VOA into VOA-TV.

We trained more than 165 VOA journalists to shoot, edit and produce their own video. We then broadcast it all over the world.  (The only restriction was that it could not and cannot be broadcast in the US, due to the Smith Act).  This probably explains why Trump has never seen it.

The VOA was then and to this day is still filled with some of the best, most dedicated and hardest working journalists I have ever met.  They are not driven by ratings - they are driven by trying to make the best and most honest journalism they can. Which is what they do.

They are protected from government interference by the BBG - the Broadcastng Board of Governors (or at least they were when I worked with them).

I have not been back to the VOA in many years, but it look liks VOA-TV is still going strong!