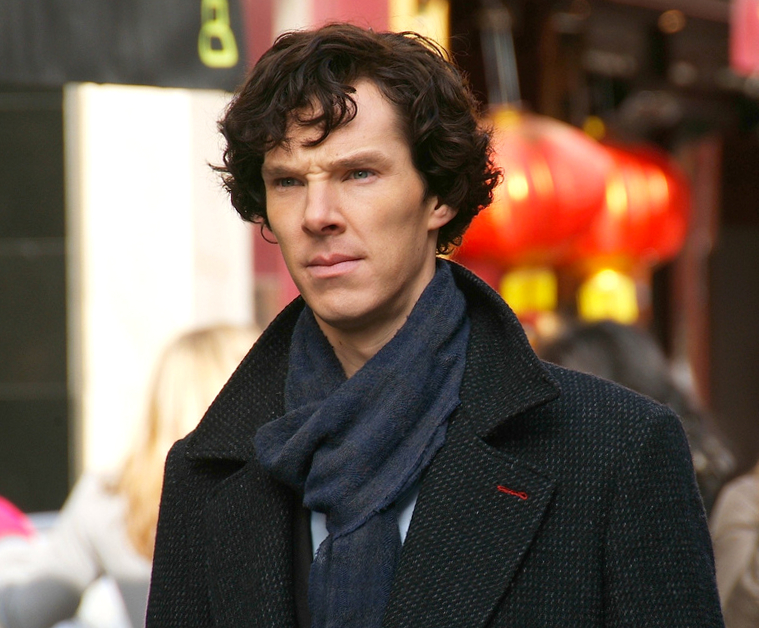 Trump, Palin, Cumberbatch: It Takes A Machine To Beat A Machine

When Graham Moore and Nora Grossman brought the script for The Imitation Game to Warner Brothers, it probably didn't look like it had the potential to be a mega hit.  Closeted gay British mathematician breaks the Nazi enigma code in an shed behind an English country home.

The Revenant, this was not.

Even if you put Benedict Cumberbatch outside in the snow.

And maybe inside a horse.

The movie did go on to earn $227 million against an initial investment of $14 million, and garner 8 Academy Award nominations - and one win, for best adapted screenplay.

There were many great lines in the film, but one of the best, at least to my mind, is when the Alan Turing character says, 'it takes a machine to beat a machine'.

In this case, Cumberbatch, playing Turing, is talking about how to beat the German Enigma code machine, which created an astonishing 159,000,000,000 combinations for each message.  No code breaker, no matter how good, was going to beat the machine.

All of this takes me to the astonishing success of Donald Trump in his run for the Presidency.

According to the Washington Post today, The Republican Establishment has 'capitulated' to Trump.

Trump's unarguable success, I think, comes from the fact that he understands television far better than any of his other competitors.  Television being the intellectual and cultural foundation of America (for better or for worse), and Trump being a pure product of television. Television is the 'machine'.

The other candidates may put their ads on TV, but they don't understand the medium in the organic way that Trump does, and this, I believe, is the basis of his success.  Understanding TV, he naturally resonates with an audience that has spent its life watching endless hours of TV.  It is a marriage made in.... well, Hollywood, mostly.

Now, to get back to Enigma (and what better term for the entire political process so far), it takes a machine to beat a machine. That is, television.

Television is based largely on the 'dead cat' theory.

That is, if you want to get people's attention, throw a dead cat on the table.

Trump is the master of throwing the dead cat on the table. It gets everyone's attention. It makes an immediate focus on the cat, and nothing else.

And what does this have to do with us?

It takes a machine...

If you want to defeat Trump (or even if you love him), you have to embrace the medium for what it is.

Television is about getting people's attention... and then holding it.

But if you want to deliver a message, no matter what the message, you MUST get their attention first.

This is why we say always start all your pieces with the most visually compelling image you have.  You have to reach through the screen, grab people by the throat and say, hey, pay attention!

Then you can get on with your message.

Trump is the master of this.

None of the other candidated 'get it' at all.

So here's the lesson for today:

It takes a machine to beat a machine.

If you know what I mean.