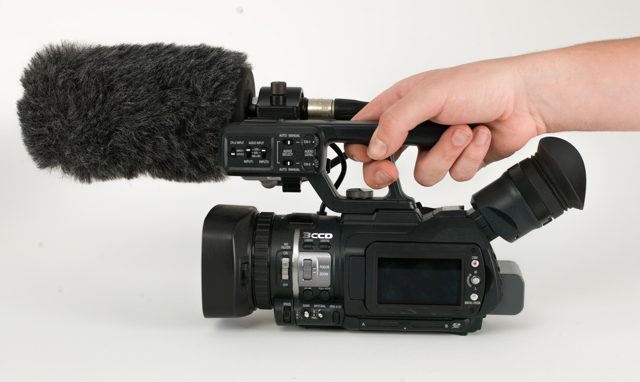 Quincy Media, a broadcasting company that owns and operates 22 TV stations in 7 states announced its intention to buy 200 JVC cameras for newsgathering showing a dramatic shift away from traditional news crews and toward the VJ model.

It used to be that a given TV newsroom had 3 camera crews if they were lucky and had a large enough budget.  Each crew had a huge shoulder camera operated by a camera person, a reporter, a producer, maybe a sound guy and light guy; and once they got back to the news room it went to a producer to write the story and then to an editor to put it together. Those days are over and what used to take 4 or 5 people -- or even 2 (which is how many low-budget local news work -- can now just be done by one person.

Now each camera, and each person with that camera, is their own independent node of production for the newsroom. With this purchase, Quincy's newsrooms can go from having 3 cameras on the street at any given time gathering news, to as many small cameras they can buy.

We have a lot of experience with the exact cameras that Quincy is buying and they are great for VJ work. They are mobile, light-weight and unintimidating; they shoot in full HD (and even 4K now); and have full XLR audio capabilities to ensure you can use professional quality microphones. Quincy, and any other media company doing local news, can take this a step further and invest in using iPhones (or other smartphones) as they have just a good quality and selection of accessories, and almost everyone has them.

The broadcaster owns and operates 22 television stations in seven states, including 19 that produce local news. The Quincy, Ill., -based media company is expected to buy about 200 JVC camcorders over the next two years, JVC said.

Quincy Media initially is ordering 31 of  the cameras, including 12 GY-HM200s 4KCAM compact handheld camcorders which will be used by multimedia journalists, and GY-HM890s ProHD shoulder-mount camcorders for ENG, Brady Dreasler, corporate director of engineering for Quincy Media said.