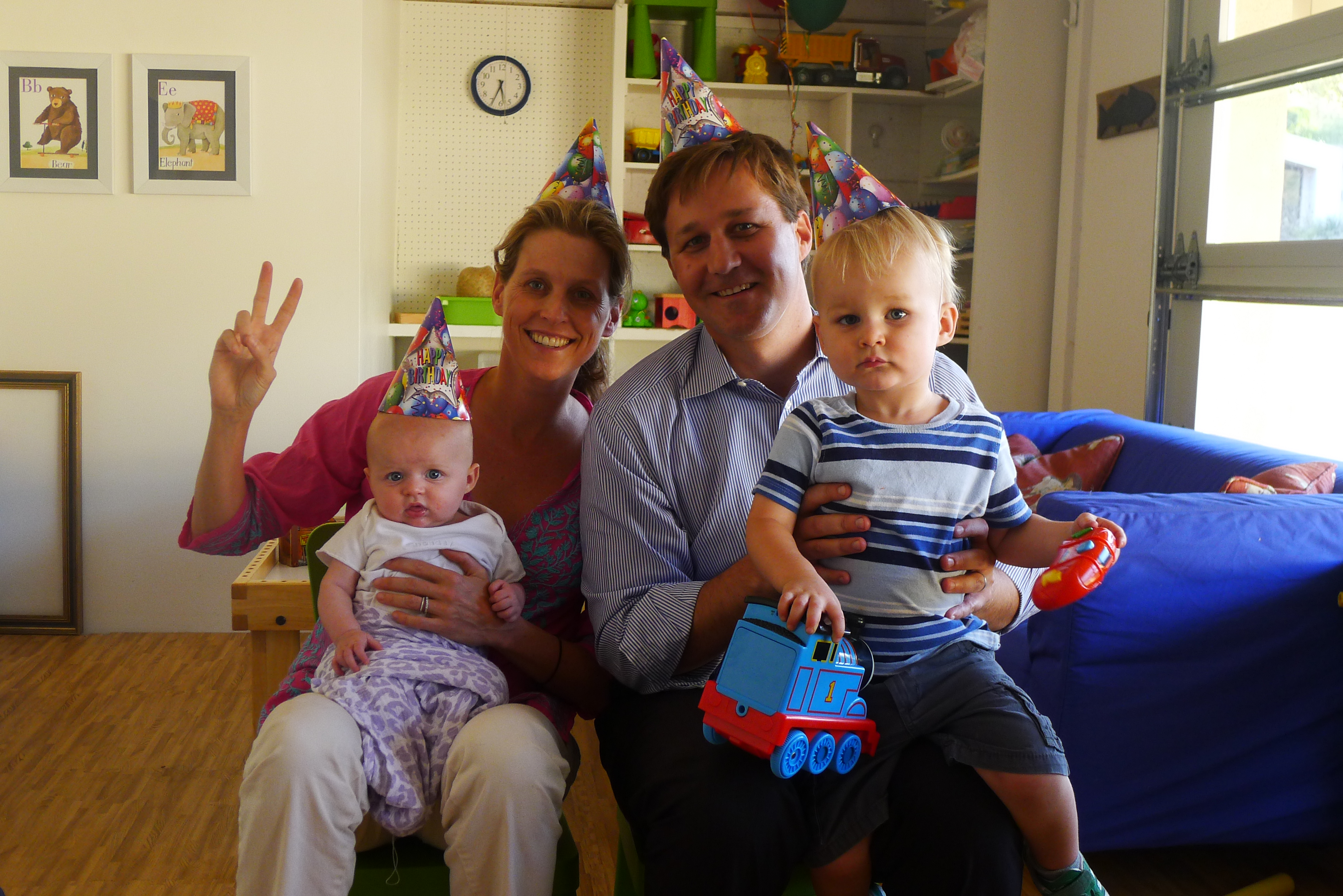 Kate Millikan at home celebrating with her family.

I had a visit last week from Kate Millikan, someone I have not really heard from in years - at least not since she moved to Arizona.

I first met Kate when we were starting Current TV in 2001.

She applied for a job as a video journalist for the new network. As such, she was one of the first video journalists, and got the concept and the application quite well.

She went on to launch her own personal documentary video business.

Then, she was diagnosed with MS.  It must have been a devastating blow for her - she was the epitome of the ever active athlete.  But as a video journalist, she also filmed her own battle with the disease - visit to doctors, dealing with family and some truly terrifying moments as well.

But she went on to get married, have two 'beautiful' children, get the disease under control and get on with her life.

Now she has returned to New York, and came to see me to show me what she had created.  It was and is, unique.

It's a product of her own experiences with MS, married to her own exprience with the world of video journalism. It makes for a powerful combination.

"I got diagnosed with MS and I lived the problem.  I wanted to meet someone who would tell me my world would work out even though I was a single 35 year old in Manhattan who just got diagnosed with a potentially crippling neurological condition.  The odds did not appear in my favor.   I went online for hours and I could not find one moment of true life experience that made me feel better."

People who think they have an illness or actually get diagnosed with an illness break all the rules of time on the internet, and hours are spent trying to find something.  What is that something?

"I’m betting it’s a single moment of emotional reliability in a time of vulnerability. True life moments that are documented but he people who have lived them.  People trust other people intrinsically, sometimes even more than their doctors because those other people have gone through it directly.  Case in point?  Yelp and Amazon reviews."

What makes MyCounterpane so powerful (and what makes it of particular interest to us) is that users use video as the way to share their stories with others.

Having seen it here in my apartment, I can tell you that it is incredibly powerful and incredibly effective.  You are drawn in almost immediately. It is a remarkably personal experience for the viewer, and apparently also for the video contributor.

It must work. Kate has more than 1700 active users, and she is just getting started.

HOW DOES IT WORK?

Patients and caregivers now have a way to tell their stories based on how they feel, rooted in 11 emotional tags that provide the framework for communicating authentic moments in illness that, in the aggregate, will create a living library of content that's easily searchable and a community that is emotionally connected. Each time a user tells part of their story, they are asked to pick one emotion that goes with the entry.

With these tags as emotional guides, users choose to express themselves through written text, a photo or by recording instant video via desktop/laptop or smartphone.

Individual users gain the health benefits of journaling, self-awareness, context and perspective (and they can keep their profile private, as a record of their journey for themselves).  Those tags even create a visual graph of your emotional journey!

When users share their stories, they connect, lessen feelings of isolation and generate support for others.

Turns out when you’ve been through something horrible, a positive that comes out of it is that you can help someone else.

MyCounterpane offers three privacy settings  private, community (anyone who registers on MCP can see the content) or public.   What’s been amazing is that 51% of the content collected in the two communities we have (MS and mental health) has been tagged public.  People want to showcase their story to the world.  PEOPLE WANT TO HELP OTHERS.

Kate has watched people come to the site and transcend themselves through emotional honesty, connecting with people who support, perspective and action.  Because Kate is a video producer, she takes the entries that users video about themselves in real time over time and showcases their arcs which are powerful.

And, Kate believes, if it can work for MS (and it certainly seems to), it can also work for many other illnesses as well.