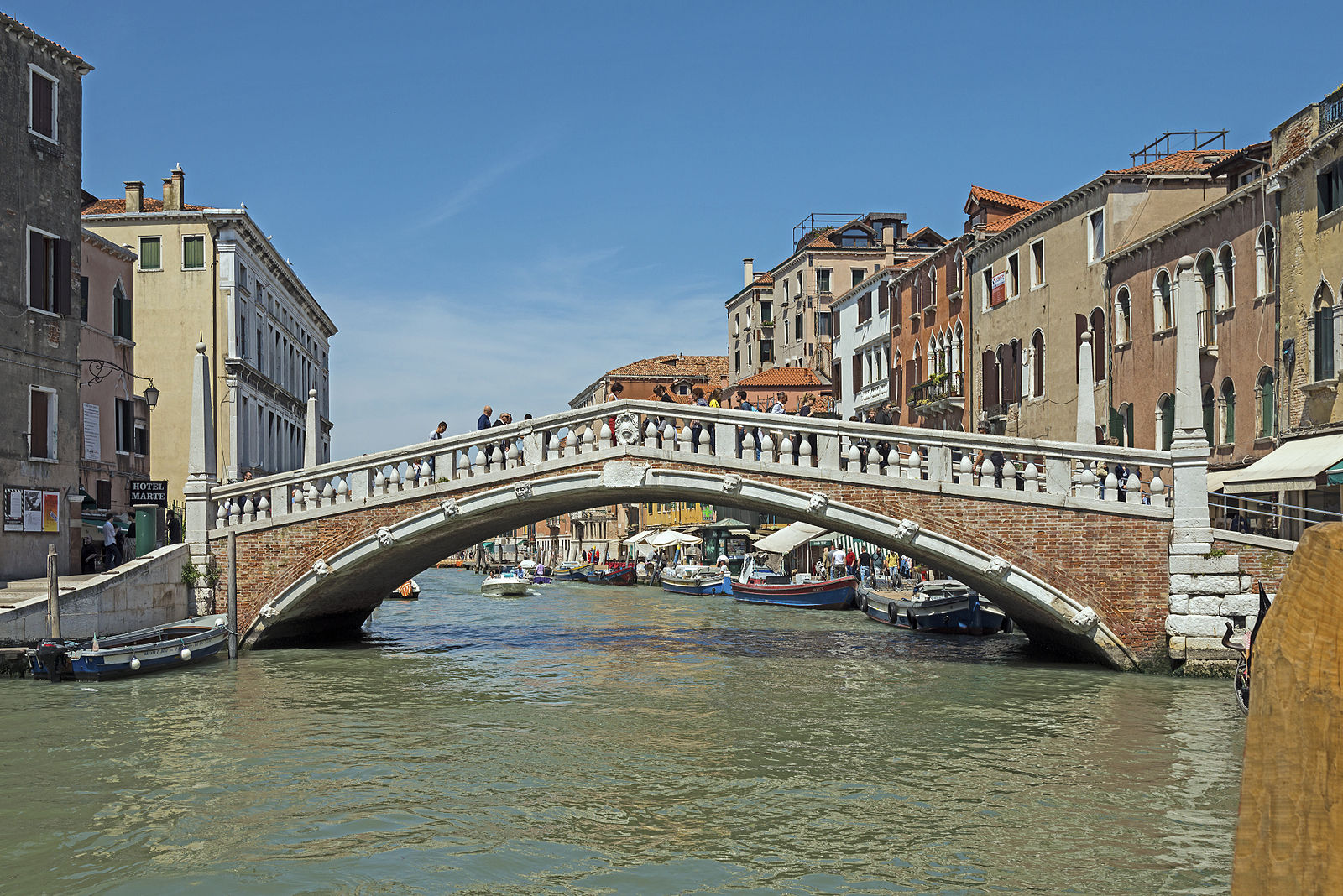 Once, the gateway to the world [Image courtesy Wikiicommons]

Venice and The VJ

Ever spend any time in Venice?

It is a lovely city.

A kind of Disneyland for adults.  Beautiful. A great walking city, filled with lovely restaurants, museums, hotels and the occasional (OK, more than occasional) tourist trap.

Oh, it was still filled with stunning architecture, and, of course, the canals. But in 1500, Venice was also the richest and most successful economic power in the world.  You might compare it to Shanghai or New York or Singapore.

Venice had the world's most powerful navy, and it needed it. It was also the world's number one marine trading nation.

Venice's wealth and power was based on its position as the terminus for the 'silk route', that brought spices and other fine goods from India and the Orient to Europe, pepper in particular from the Mollucan Islands.  Pepper might not seem particulary significant today, but in a world withouth refrigeration, it often meant the difference between life and starvation.

All the goods from India and China and the Spice Islands came to Venice via the Silk Route, a tortuous overland route that transversed Central Asia and termianted on the Mediterranean's eastern shore, where Venetian ships could pick up the goods and be the gateway to Europe.

So Venice was rich, and it seemed she would stay that way forever.  Her powerful position had started around 1100 AD and it didn't seem like there was anything that was ever going to change it.

But change often comes from where you least expect it, and it is almost always driven by new technologies.

The Venetian Navy was made up of galleys. These were massive wide boats mostly propelled by oars, but also able to sail, at times, but only before the wind.  For the Mediterranean, they were perfect, and indeed massive naval battles were fought between the Ottoman Turks and the Venetians in galleys.

The Battle of Lepanto in 1571 was the decisive naval battle fought between the European Christians and the Muslims that stopped the advance of Islam into Europe. More than 500 galleys were engaged in that one battle.

The Portugese were not on the Mediterranean. They were on the Atlantic, the far side of the moon as far as the Venetians were concerned, if they were concerned at all, which they were not.

However, in 1499, word reached Venice that three Portugese ships had been sighted in the spice markets of India.

How was this possible?

The Portugese had invented something interesting. Far smaller than the galleys, it was the caravelle, a ship that could stand the bad weather of the Atlantic, and also could sail close hauled to the wind. It didn't need rowers.

Vasco da Gama had taken one of these all the way around the Horn of Africa to India.

This was bad news for the Venetians. Really bad news. Because as it turned out, it was a whole lot easier to load up a ship and sail it from India to Portugal than it was to schlep stuff all the way across Central Asia by camel.

Within a year, prices for goods in Venice collapsed.  German and other European spice buyers decamped from Venice and set up shop in Lisbon.  The entre 400 year old, seemingly impregnable financial and trade empire of Venice came to a grinding halt and soon, all that was left would be tourists and some crappy glass factories to sell them trinkets.

That's technology for you.

Now, the same thing applies to the world of media.

Today, the major 'media companies' may seem impregnable. They aren't.

Just as technology broke the back of Venice and moved the center of the world, so too will small things like iPhones that can take as good video as the work done by massive crews, producers, directors, camermen and so on.

They (NBC, CNN, Time/Warner, etc..) are the Venice of the media world.  You are the Portugese.