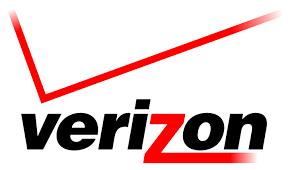 The New York Times reports today that Verizon is close to closing a deal to buy long suffering and struggling Yahoo.

The purchase price is a reported $5 billion.

Yahoo was once on the very cutting edge of the web.  Founded in 1994 by Stanford grad students Jerry Yang and David Filo, it was originally called David and Jerry's Guide to the World Wide Web. The Yahoo name came from the acronym Yet Another Hierarchically Organized Oracle, and it was first and foremost a search engine.

Superceded by Google for search, Yahoo turned instead to eMail, the first to offer unlimited storage, and also as a web portal, in the days when you needed one, or thought you did.

In February 2008, Microsoft made an unsolicited bid for Yahoo for $44 billion.  They should have taken it.

Instead, Yahoo began a slow but predictable spiral, (much like AOL), having outlived its original purpose and unable to undergo a rebirth as a different kind of company, though there were many acquistions and attempts along the way.

What then is Verizon actually buying?

The answer is buried towards the end of the Times article:

Verizon, which had $132 billion in revenue last year, has been trying to build up its digital content portfolio, particularly in mobile and video, to serve customers of its wireless phone, cable TV and internet businesses. Last year, it bought AOL for $4.4 billion, acquiring not just its content sites like the Huffington Post and TechCrunch, but also the advertising technology used to target online ads to internet users.

Verizon is a powerful platform and it is in mobile, the most used platform of all. But a platform without content is, well, just a platform. It's like owning the paper part of the NY Times, which would not have a lot of value without the words that are printed on it.

In the world of mobile, in particular, video is the words on the page.

The fact that Verizion is interested in purchasing a very mature web business in rapid decline for its video speaks volumes to us.

All the screens in the world are worthless without the video to fill them up - and screens demand video.

For those of us who make video, the message could not be clearer.  There are more and more platforms in search of video to fill them.  If you are Verizon you can drop $5 billion for Yahoo, but Verizon and about a  thousand other media companies are a beast that has to be fed constantly - and we are just getting started.