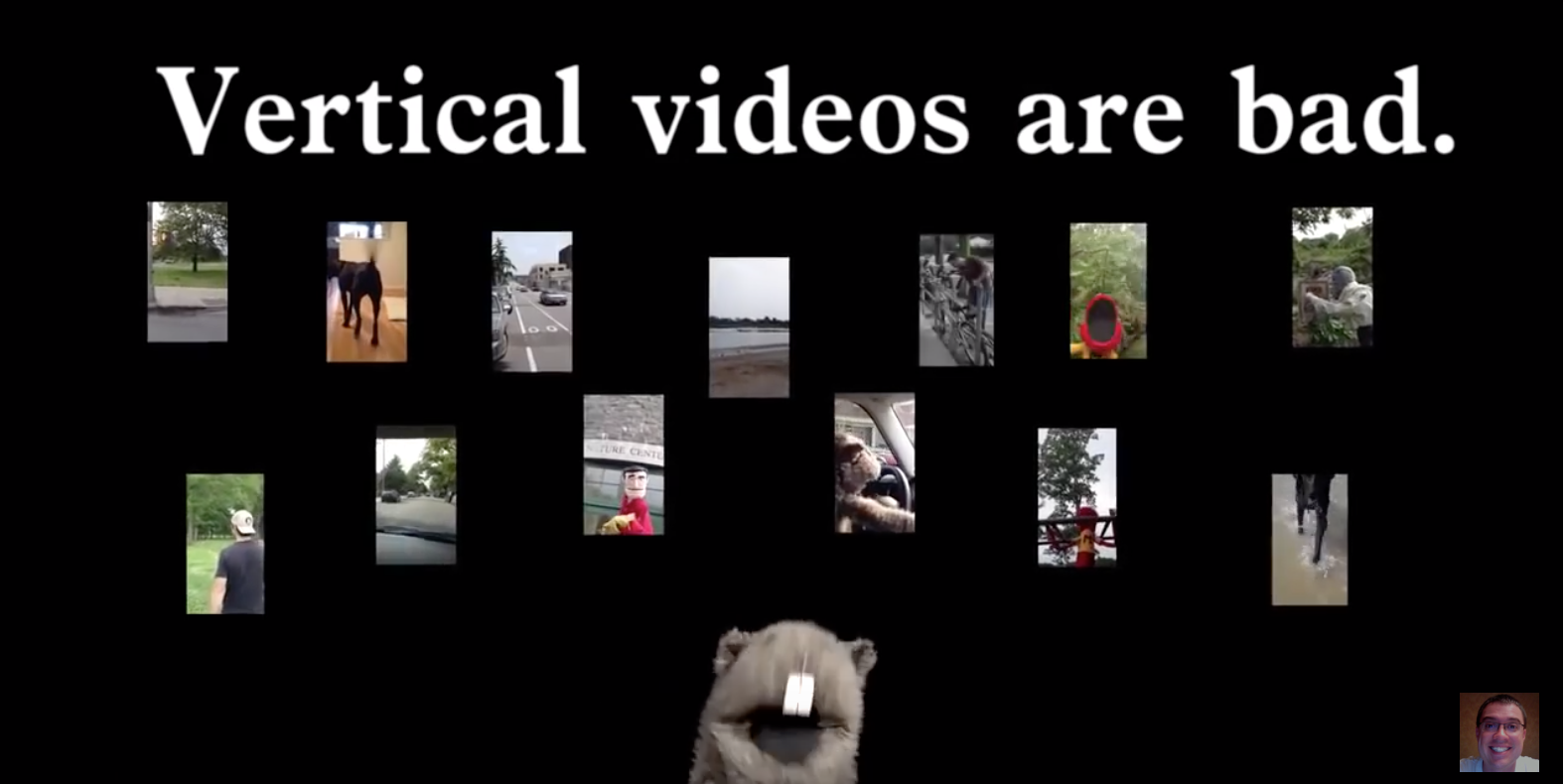 OK
I know
Millennials, who are now really middle aged, like to shoot in vertical.

They do it for IGTV or for Snap.
But it is wrong.

This can often be the cause of debate in some circles. (Not mine).

But when we do the bootcamps, the question of vertical video often comes up - like it did today here at Oxford.

So thanks for participant Bob App, who turned us on to this answer to the Vertical vs. Horizontal question

This was originally produced by Gloves and Boots. The version below is slightly edited to avoid having to rate it R.  The original an be found here.