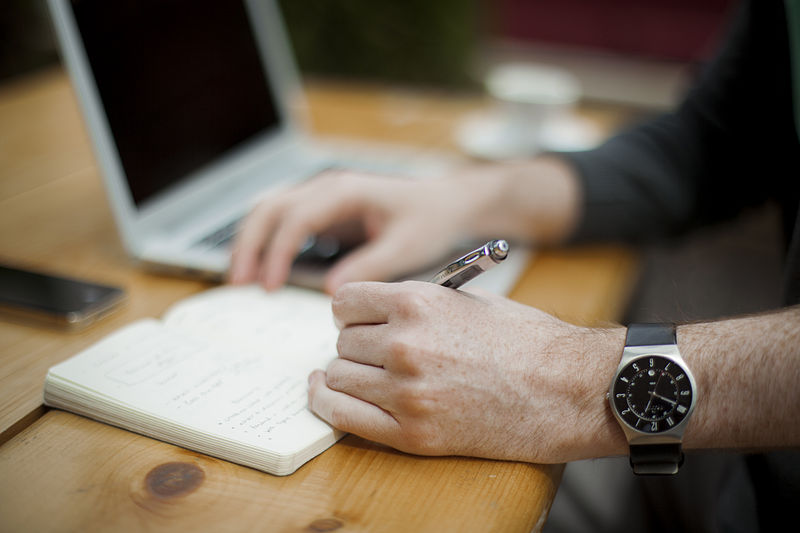 Video Is A Langauge

Video is a language.

It is a way that we communicate ideas with one another, just like writing.

Video can be an incredibly powerful langauge - it can move you emotionally, it can make you cry, make you laugh or change your entire outlook on the world.  It can capture your attention when done properly.

Video is also a very new langauge for us.  It is our 'third' langauge, our third way of communicating, and it just arrived yesterday.

For a long time, human beings were a verbal culture. There was no writing, per se.  Epic stories, like the Iliad were memorized and recited. Memory and the ability to memorize were hallmarks of intelligence.  Solomon was a wise man, the Bible tells us. He had memorized nearly 1,000 proverbs.

The advent of the printing press 500 years ago shifted us from being a largely oral culture to a culture based on the written word.  This transition from being an oral culture to being a print based culture reverberated through every aspect of society.  The 'word of God', which priests had transmitted verbally became the written bible, which was now available to everyone (cue the Protestant Reformation).  The Word of the King, which had been the basis of the law was now the written law which everyone could read - cue the Constitution, among other things.

About 50 years ago, video began to appear in our homes in the form of TV sets and it had an immediate and astonishing growth. It turned out that video was addictive, and today, the average American spends an astonishing 8 hours a day watching TV and videos. This is more time than we spend doing anything else, including sleeping.

The average American now spends but a paltry 19 mintues a day reading.

Video has, in the blink of an eye, become the unquestioned dominant medium of our time.

The 'Gutenberg's printing press' of the Video Revolution is the iPhone and Smartphone, which made it possible for anyone to make video - as the more than 400 hours uploaded to YouTube clearly demonstrates.  And YouTube is really only the tip of the video iceberg.  Facebook, Instagram and Snapchat far surpass YouTube in video uploads on a daily basis.

Which brings us to the way in which video is made.

If you are shooting video, then writing a written script and then transposing that written script back to video you are making a big mistake.  Writing has nothing to do with video, as a langauge.

Video is about expressing ideas in pictures and sounds, and in that, it has the potential to be remarkably pure and powerful as a medium.  Writing is about transposing ideas to a kind of abstract algorithm of symbols which are then re-transposed to concepts.

Writing is actually very complex.  It is a kind of mathermatical formula.

Babies naturally react to images and sounds and being both talking and drawing pictures at an early age.  But it requires real work to learn to read and write. It is not really natural.  It does not come to us naturally.

For a long time, we had no choice - writing was the only way to communicate ideas. But video opens the door to a new and hitherto untouched langauge - a langauge entirely of images and sounds.

To take your video and transpose it to writing in the form of a script, and then to take that written script and then re-transpose it to video in your edit is destructive to the potential power of the video.  It dilutes it.  It distances you and the viewer from the full potential of the medium.

That is why, in our video bootcamps, we don't allow log notes, transcriptions of interviews or written scripts. In fact, we don't like any kind of writing of any sort.

instead, we build the 'script' directly on the timeline, manipulating pictures and sounds.  The whole point of non-linear is that you can continually manage and move your video and sounds on the timeline until they create a visual and aural story.  To take a written script and simply reproduce the writing to the timeline does not really leverage off of the vast power of nonlinear editing.  We are working in an entirely new grammar- the grammar of video, and video as a language.

It is at first very disturbing for people to work this way, but once they get the hang of it, they get, often for the first time, complete control over both their work, and more importantly, the ideas they want to convey in this new medium.