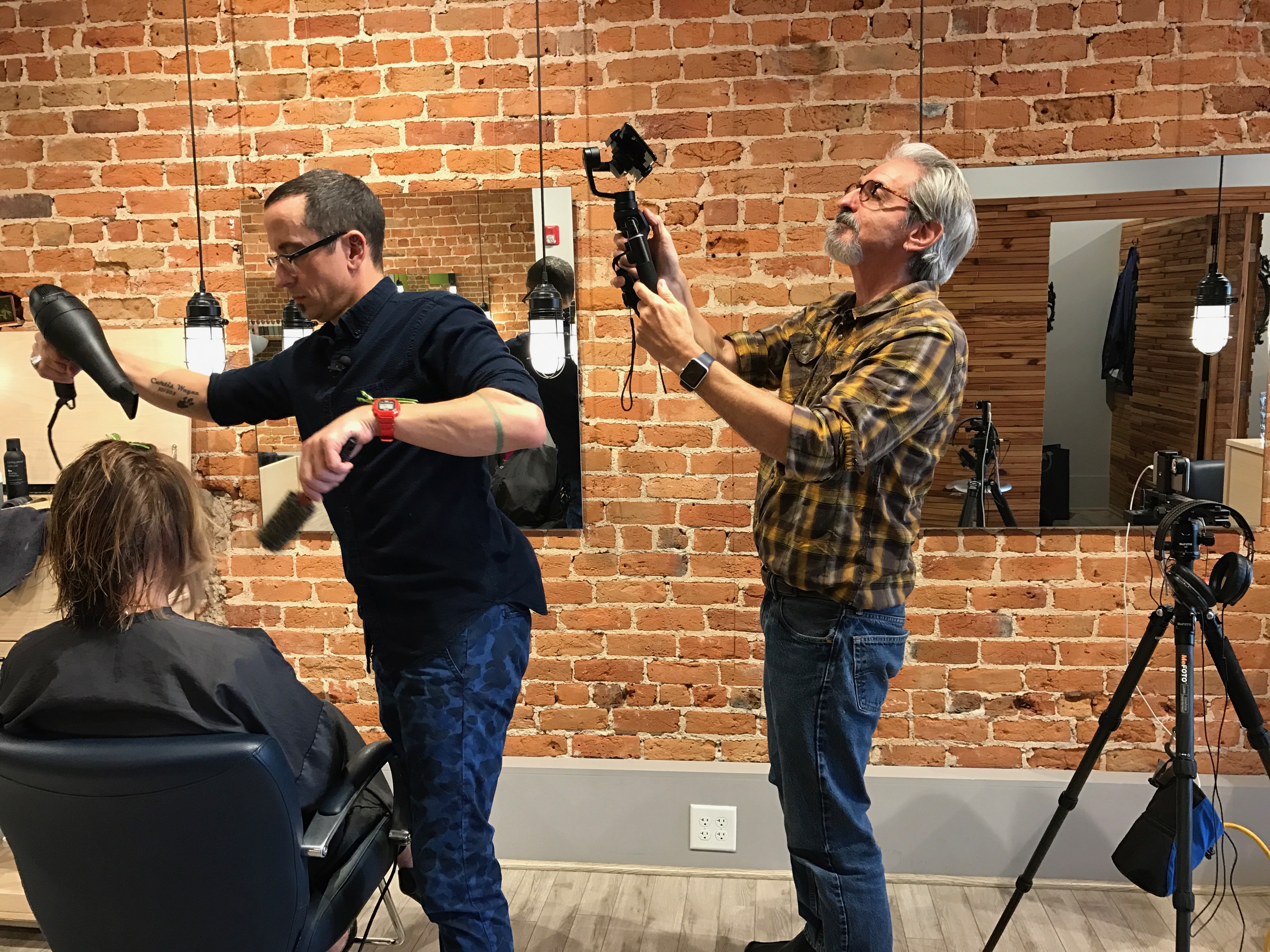 Our friend and member Merle Braley using his smartphone kit to get the story.

Video journalist Tips on Filming TV News on a Smartphone

Those days are no more.

Not only now can anyone upload video to the Internet and distribute it on platforms like Facebook, YouTube and Snapchat, but also now you can do all of the work alone and with nothing more than the iPhone in your pocket.

In the last few years, as the technology in smartphones has gotten better and better, and the cameras in these smartphones began to rival traditional cameras, more and more people are producing video professionally, particularly news, using nothing more than an iPhone and a couple of accessories.

With the announcement of three new iPhones with improved video capabilities, this is a great opportunity to hear from a journalist just how she is able to easily produce video alone using a much lighter kit than previously thought possible just a few short years ago.

Ashlynne McGhee is an Australian Video Journalist who had been working the traditional way: using a big P2 camera and a heavy tripod. Then, after hearing positive things about a smartphone workflow, McGhee ditched the P2 and decided to pack a little lighter.

What McGhee learned right away was not only could she do everything she had done with the P2 with an iPhone, a GoPro and some accessories, but also that working so light freed her to tell stories in a more compelling and personal way.

McGhee notes that working with a small kit gave her advantages in speed, access, and flexibility. McGhee notes that with the phone and light set up she was able to shoot more interviews than with the traditional set up, get to more locations and put it all together easily with her phone and laptop working in tandem. With a P2 she would need to transfer large files onto a hard drive and then into the edit. With the phone she can shoot, edit a rough cut, send it to the computer and then off to the network.

The phone also gave her better access to interesting subjects. With a traditional set up and crew, it is easy to scare away potential characters or intimidate a subject. As most people are not used to talking to a big camera surrounded by lights and a crew, people tend to act less naturally. On the flip side, many people are used to talked to an iPhone and are not intimidated by the small device and don't shy away.

Similarly, without the big set up, McGhee notes she had more flexibility to stay under the radar working abroad in possibly dangerous situations. With large equipment you become an instant target, while with just a phone you can blend in more with the local population, or just look like a tourist, which in some cases can be better than looking like a journalist.

Last year, travelling as a VJ for Story Hunters, my kit included a conventional TV news P2 camera, audio and lighting equipment plus a tripod.

On my trip to the Middle East, I decided to ditch the P2 camera and heavy tripod.

The crew at Parliament House was kind enough to lend me gear, show me how some of the new kit worked and brainstorm ideas for making the stories look and feel different.

Let me stress, this isn't an argument for ditching professional camera operators, because the end product is entirely different.

It's an argument for video journalists rethinking their gear.

While I was initially a bit nervous, I didn't regret the decision I made about kit for a moment and I can't imagine ever travelling with a bigger bag again.