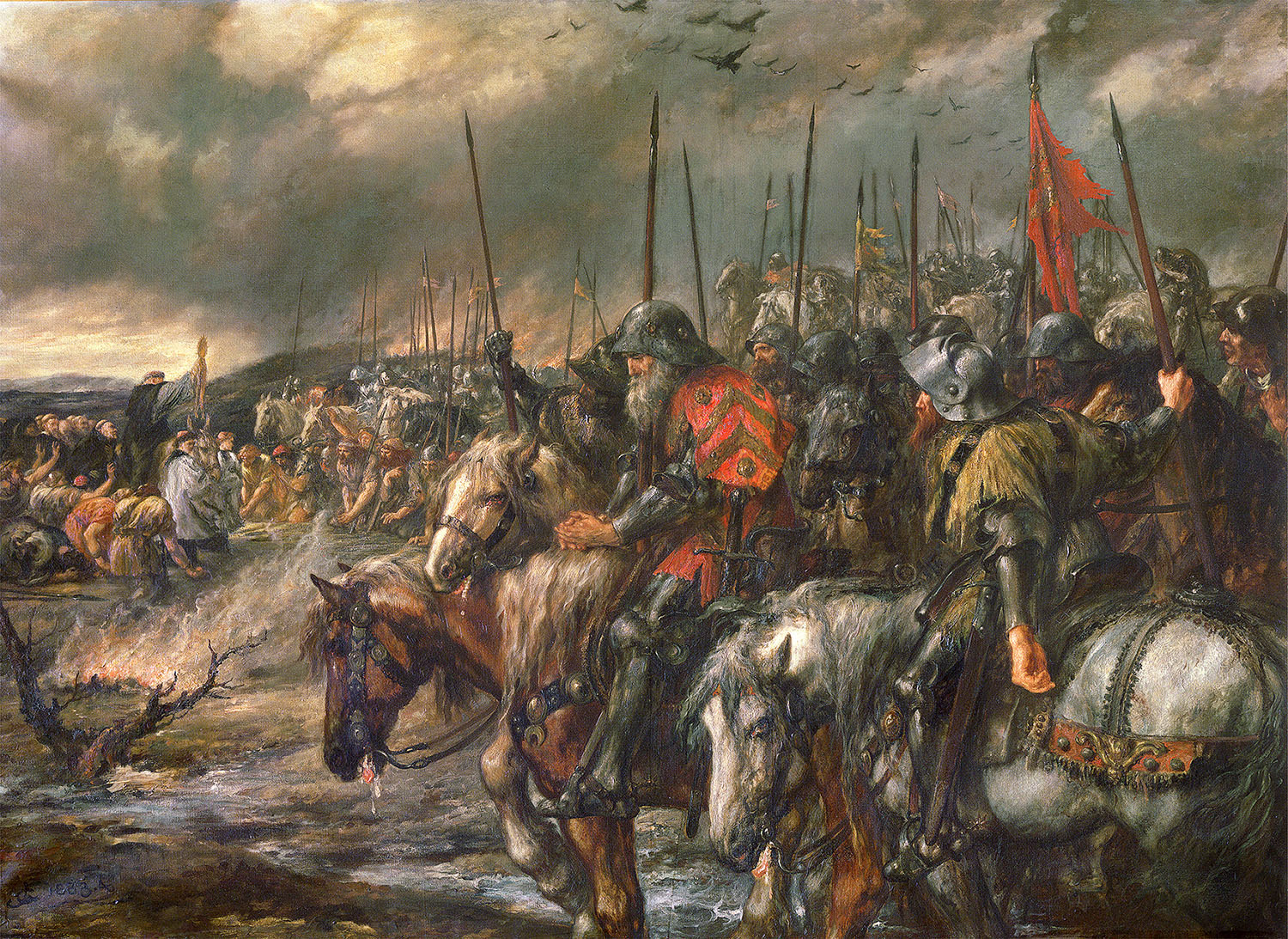 There is nothing that is more powerful than a new piece of technology, properly used.

The important part here is the properly used part.

Often new technology comes along, and even if it is acknowledged, the natural human tendency is to rely on what you already know.

I have seen this over and over again when working with TV news operations.  Yes, they all acknowledge, phones for video would make a lot of sense - after all, they are small, people carry them with them all the time and the video they shoot is 4K. They also edit, add music and grapics, live stream and more.  Makes senses, but...

It is always the 'but' part that ends the dicsussion.  But we like our cameras.  We are fine as we are.  The lenses aren't as good.. and so on.

Most often then will say that in fact, a few, a very few, of their reporters already shoot with phones, when necessary.

The conquest of a new technology often awaits the person with the courage to use it properly.

On the 25th of October, 1415, the armies of King Henry V of England, whom Shakespeare made famous -

Once more unto the breach, dear friends, once more; Or close the wall up with our English dead!

met the armies of King Charles VI of France at the Battle of Agincourt, the greatest English battle of the Hundred Years War.

But what makes the battle relevant to us, some 600 plus years later?

Charles had assembled the greatest, most powerful and best equipped army that the Middle Ages (or anywhere else until that time for that matter) had ever seen.  More than 36,000 armed me, 10,000 of them knights in full armor.  Fielding even one knight was expensive - the armor, the horses, the support teams.  Fielding 10,000 was unheard of.

Henry had arrived with far fewer troops - only 6,000 and hardly any knights in armor at all.

Instead, Henry had invested heavily in the latest cutting edge technology of the 15th Century,

Fully 5/6th of Henry's army had no armor at all. Instead, they were dressed in tights.  (You've seen Robin Hood movies).  And instead of lances or swords they carried a long bow - 6 feet long.  They also had no horses.

When the French knights saw the pathetic English troops in the tighs, felt hats and their bows and arrows, they must have had a good laugh. "This will be over by lunch" they must have thought, and thundered down on the line of English bowmen.

I can well remember when we first fielded Hi-8 cameras for NY1 in 1990. The local TV stations laughed in the same way.

You can imagine how the English must have felt. The sound alone of 10,000 knights in full armor riding down on you at full force must have been deafening. But Henry kept his cool.  He told this archers to stand fast, and then, when the French were close enough, to start firing their arrows.

The arrows brought down the horses. The heavily armored French knights hit the mud and were trapped on their backs like so many turtles.

The English army simply walked up to them slit their throats, passing a fine blad nicely between helmet and suit.

Another 1200 French knights were captured and ransomed off later.

It was a triumph of new technology over old.  The long bow was the iPhone of its day - smaller, lighter, easier to carry and deadly precise.

But it had to be used in a different way. It would have done Henry no good to have had his soldiers in armor carrying the long bow - or hitting the French over the head with their arrows.

And... it would also have done Henry no good to have said, 'well, a few of our knights also have long bows, and they used them when it is warranted'.

If you are going to take advantage of a new technolgoy, you have to have the courage to embrace it 100%.

So far, I have not seen very many TV stations (save Geoffrey Roth), having the courage to completely embrace the power of smart phones. Too bad. One can only wonder what a place like CBS could prodcue if it empowered every one of its more than 12,000 employees with smartphones and encouraged them to use them to make content.

But then, you would not only need the technology, you would also need a Henry V.

I once actually approached Les Moonves with this idea.

He said he agreed, it was an interesting idea, but "I would have to restructure the entire network."