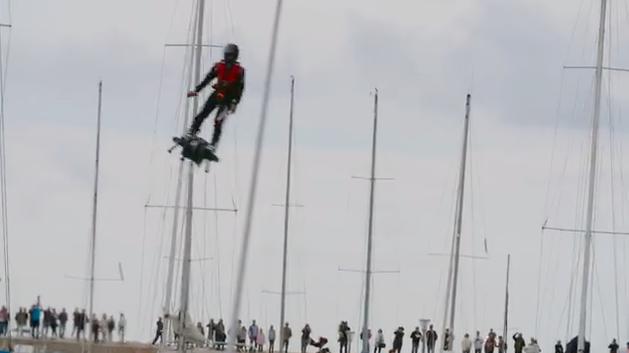 Video of the Day: Flyboard® Air Farthest flight by hoverboard

Today's video of the day is Franky Zapata setting the new hoverboard record flight with his prototype Flyboard Air.  People have been enamored by hoverboards since at least Back to the Future and probably before.  As the technology starts to catch up people are always curious to see video of the flights.  Could you imagine if we had YouTube and video when the Wright Brothers made their first flight?

How To Cover A Fire

Face To Face With A Critical Story

Look me in the eye when you say that

Local Newspapers Are Dying - But They Don't Have To

Willie Sutton Knew What To Do