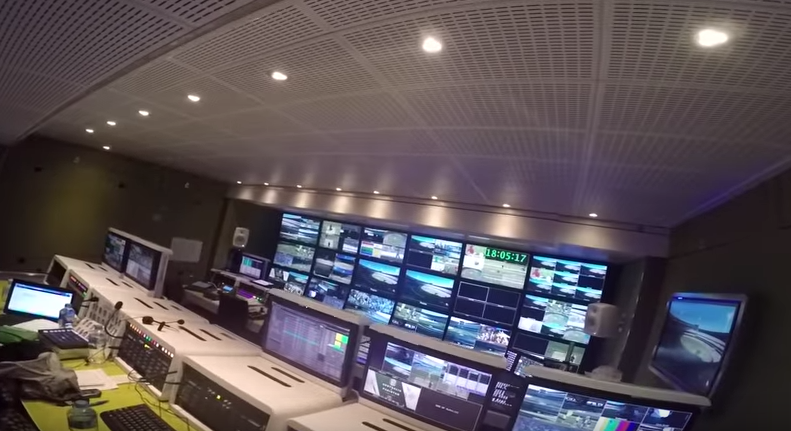 Video of the Day: Inside a $25m TV Broadcast Truck

This guy works in TV as a Broadcast Engineer. He writes: "Basically I get paid to run a $25,000,000.00 broadcast truck that puts, primarily live sport, on your TV back at home."

While this truck looks very modern, this is actually more and more becoming a relic of the past. It used to be that using a truck like this, or a room like this in a studio, was the only way to broadcast in the world. Now you can do everything this truck does with a smartphone or computer. Anyone has the ability to stream live to the internet and not only to the broadcast area, but to the entire world.

Now you may rebut that you can't do this kind of setup, with graphics, multiple cameras, replays and HD; and you would be wrong. There are plenty of programs out there that let you connect to your favorite live streaming platform like Facebook and YouTube and connect multiple cameras or smartphones, include pre-recorded material, overlay graphics and much more. This is the way of the future, and even a lot of traditional broadcasters are utilizing this technology for live streaming and also for traditional broadcasts.

The days of $25m broadcast trucks are leaving quickly, and this guy will soon need to find a new job.