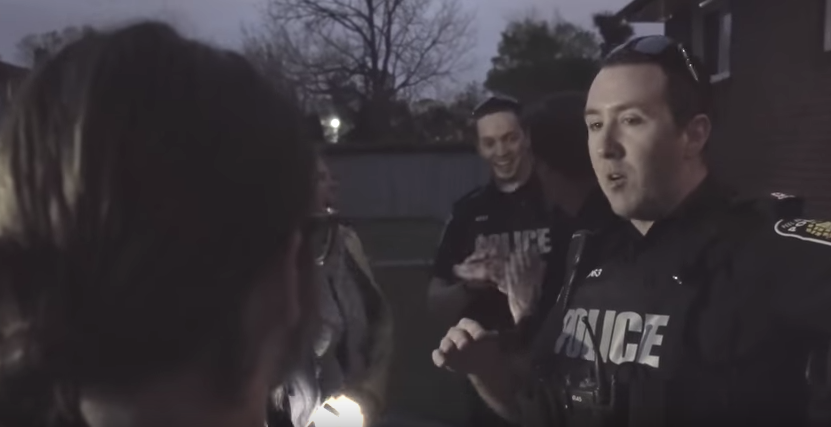 Video of the Day: Policeman Jams Out

Today's video of the day comes to us from Vinyl Ambush, a Canadian band and is from a private party they recently played.  The video shows a rockstar cop called for a noise complaint decides that he'd rather join in with the band than shut them down.

At the end, the cop gives the band some wise words about following your dreams and never giving up -- no matter what "the haters" or noise compainers say.

Here's what Vinyl Ambush had to say about it:

Vinyl Ambush played a private event last night and it wasn't long before the Peel Police showed up. We thought the show was over but much to everyone's delight, they joined in for an incredible jam session. They were so impressed by the band instead of putting a stop to the show they wanted to join in then offered the band words of wisdom. Talk about community outreach. Many thanks to Peel Region Police for making it such a fun and memorable night for the Band and everyone there. You guys ROCK!