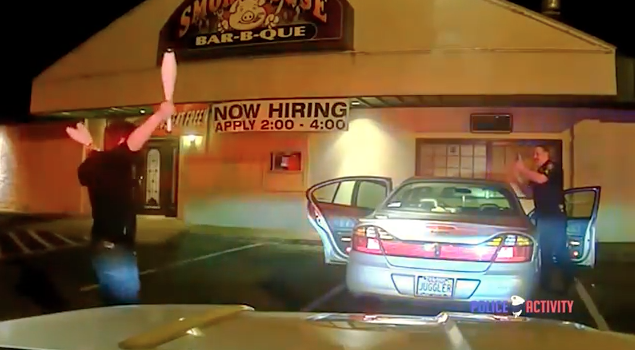 Video of the Day: Student Juggles To Prove He's Sober During Traffic Stop

Today's video of the day comes to us from central Arkansas where a student named Blayk Puckett proved he was sober by doing a little magic and juggling for the officers. According to the video description, Puckett was pulled over on his way home from the library and was driving slowly. He was pulled over by University of Central Arkansas police who once they learned he was a magician/juggler couldn't wait for him to show them some tricks.