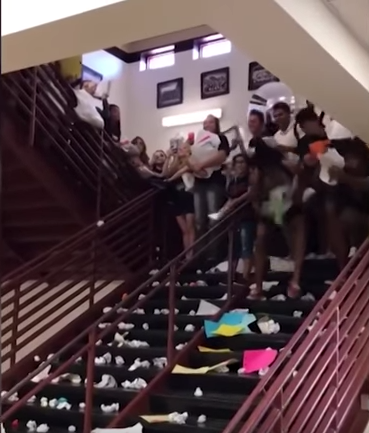 Video of the Day: Students Celebrate End of Year with Paper Waterfall

Today's video of the day has been making its way around social media platforms and now it has caught the attention of mainstream news outlets like CNN above.  The video shows a school tradition in which the kids gather up all their paper from the year and throw it down a stairwell to celebrate the end of the school year. One kid, Jordan White, decided to not partake but rather record it on his phone and now his clip has been seen millions of times around the world. One thing is clear though, they use too much paper at this school!