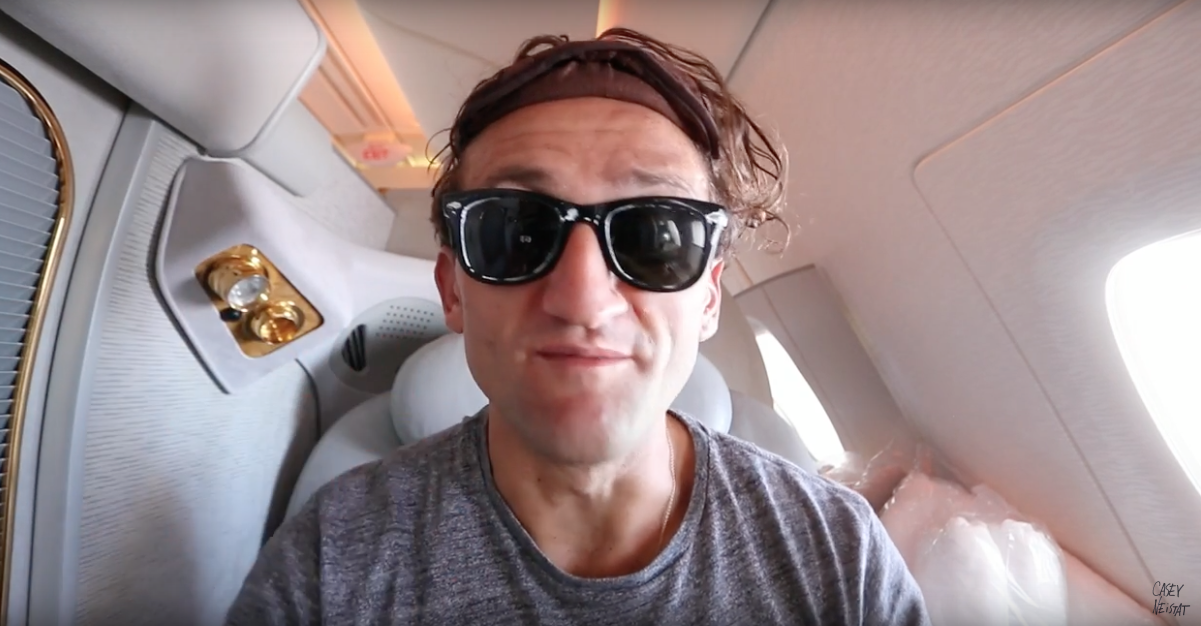 In this video, popular vlogger Casey Neistat shows you what it is like to have a $23,000 first class seat on a flight from Dubai to the United States.  What is really astounding in this video is not the skill with which Casey has to make you feel like you are there on the plane with him, but the way in which he takes you though the whole flight in just 9 minutes.

Some takeaways from this video for you:

His editing (see above).

Shooting sequences:  Pay attention to the sequences he shoots, and how he makes sure to get different angles so it will edit together.

Music: it's not wallpaper music, he uses it in the right places to move the story along.

Gear: Casey lists his gear in the description, but he does this with little more than a DSLR, a mic and a GoPro.

Access: notice that he has no shame shooting the video.  Most people may be timid shooting video on a plane, particularly first class, but not Casey, and it really makes the video.