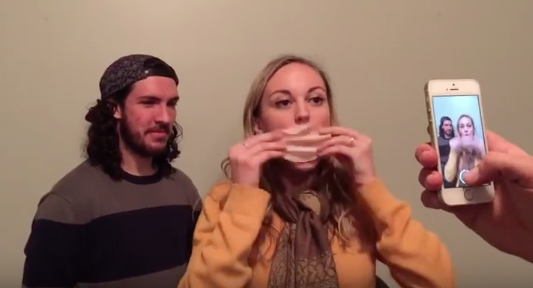 Video of the Day: Woman Eats Turkey Slice in Seconds

Today's video of the day is a behind the scenes of a snapchat video where a woman named Lacey eats a slice of turkey in mere seconds. She literally inhales it. This is just another eample of how people communicate in video these days and if they have something they want to show the world it will be done through video.

Want to know how it's done?

But we think you shouldn't try this one at home...

Have a good weekend!