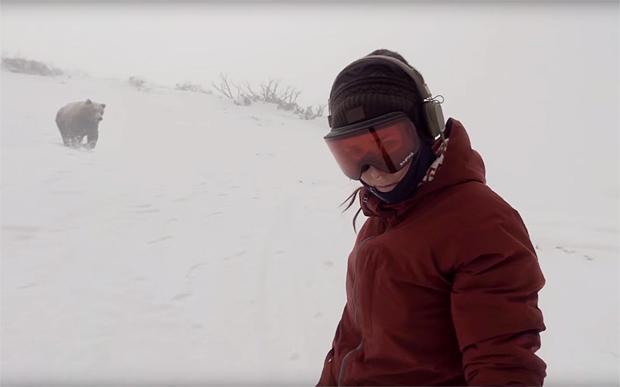 Remember the video of the downhill skier being chased by a bear? It was not only all over the Internet, it was also all over the news.

Of the hunters who were chased by the lion?

Increasingly, the web and the evening news (for anyone who still watches it) are filled with amazing moments captured on video.

And why not?  With more than 2 billion smart phones with video cameras, and a seemingly insatiable appetitie to shoot everything that happens to us, and share it, isn't it inevitable that every once in a while someone would get something extraordinary?  An infinite number of typewriters and an infinite number of monkeys, and one of them is sure to end up writing King Lear.

Well, as it turns out, some (and probably more than some) of these are fakes.

The Woolshed Company has been engaged in a two-year project to fake eight viral videos to 'explore the phenomenon of viral videos and shared content.'

Experiment over, they now go public and admit that, yes.. they are fake, and yes... we are idiots.

First, if these are fake, how many others are fake?  My guess is, a lot more.

Second, (and perhaps more interesting) is why do we so readily believe them?

We now have more than 500 years of experience with a 'democratized' free press. That is, it has been more than 500 years since anyone with an idea, no matter what the idea, has been able to get their hands on a printing press (more or less), and print whatever they wanted to.

We like this idea so much that we have enshrined it as the very First Amendment in our Constitution.

Well, 500 years of exposure to a free press has taught us not to always believe what we read.

If you go into a supermarket and you see a tabloid with the headline "BAT BOY FOUND ON MARS", you don't go running home to hide in your bomb shelter... nor do you immediately call all your friends and 'share' the news about the Martian Bat Boy.

You look at the headline, shrug and say to your self, "why are those avocados so expensive?'

Video, on the other hand, occupies a different place in our consciousness.

It is somehow more 'real', more to be believed. We don't have the innate discount factor that we instantly apply to text.

If we see a woman snowboarding down a mountain being chased by a bear, we immediately go 'holy smokes' (or some other word that begins with an s), and share it with all our friends.

But why do we 'believe' video so much more rapidly than we do text?

It's because, until yesterday, at least, video was only made by the 'special people'. That is, it was expensive, complicated and difficult to make.  It was made by, clearly, only believable people, like CNN or NBC or someone like that.

This belief was deeply embeded in us for more than 50 years.  It's a visceral response.

And it will take us some time to begin to accept the idea that if you saw it, it must be real.

Which takes us to the next (or rather first) question.  If the bear chasing the woman down the mountain isn't real... well... what if a lot of other stuff that we have seen on video or TV isn't real either?

And if it isn't fake now, it most likely will be more and more faked in the future.

This is no bad thing... this knowledge not to trust everything you see.

Right now, you see a video of some atrocity (I will leave the specifics to you) and the whole country (or the whole world) erupts in outrage.

No one is outraged about the bear... but there a lot of other things that people see that outrages them.

(Did you see the video of that Serbian guy shooting the Archduke??? I am outraged!)

As video making (as opposed to viewing) expands and explodes... we are going to have to rapidly develop the same degree of media maturity toward video that we innately have toward print.