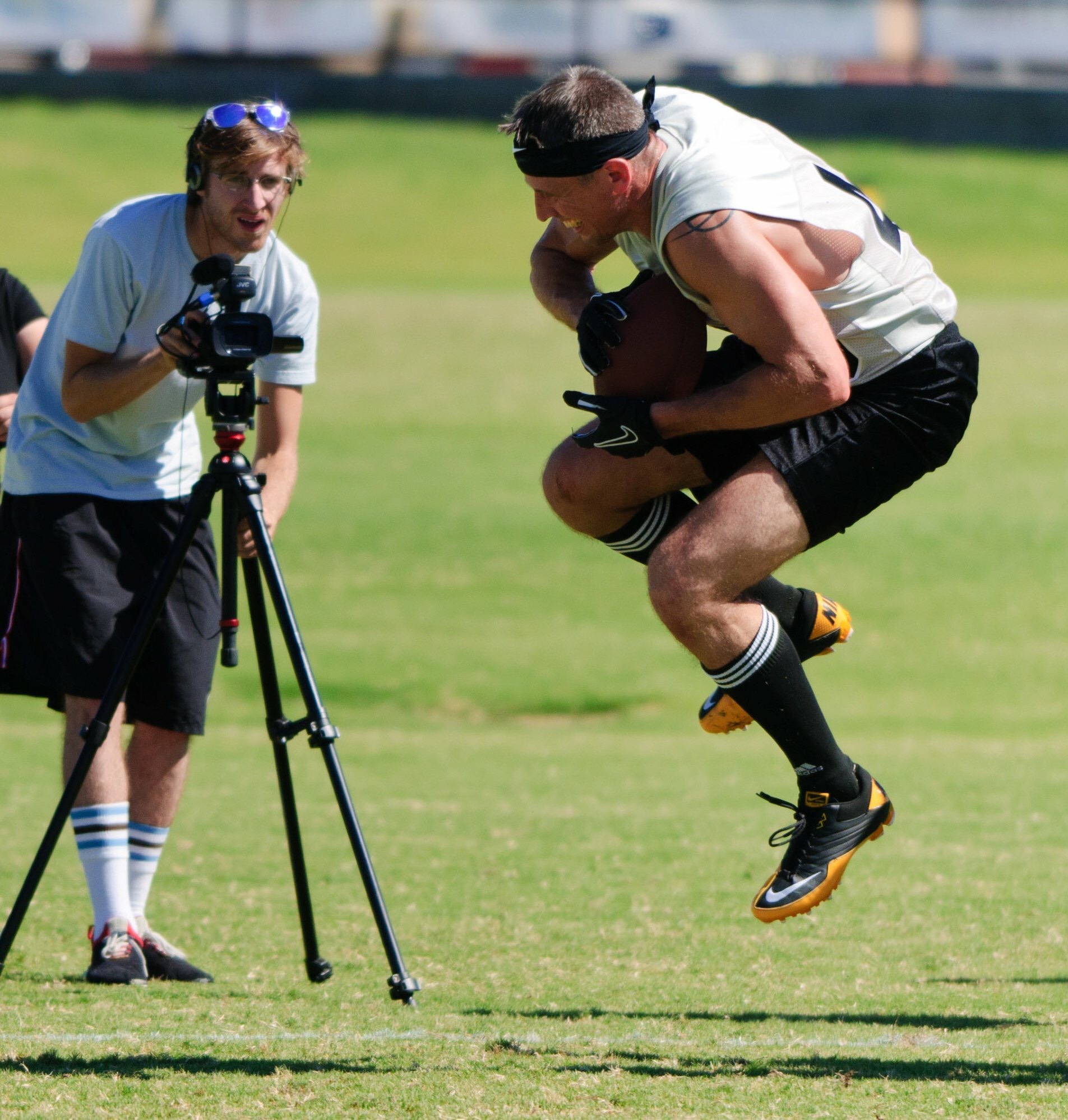 Alex Gaylon, one of our former students from our Travel Channel Academy days, has been working in film and video for over 10 years and the documentary feature he has worked on as Director of Photography, additional editor and an associate producer since 2010 was just released. The film played for a special engagement at Cinepolis theater in New York City.

The feature, F(l)ag Football, is the story of the National Gay Flag Football League (NGFFL) and follows a group of competitive gay athletes on their journey to the championship. The film uses embedded VJs to get the real story and leaves the viewer with “resonance messages about pride, acceptance, support, and community” according to a review in The Gay City News and the film “makes clear that for NGFFL players it is very much football first and sexuality second. The out athletes, the film insists, are LGBTQ activists simply by playing a game.”

We met Alex at our Travel Channel Academy video bootcamp in 2008. He had just graduated from college and had completed a short documentary film “Lucky Boy,” about his personal search for his biological mother. Alex entered the film in some festivals, won some money and decided to take our course. For Alex, this was the start of his confidence boost. He decided that he would start producing video wherever and whenever he could. Alex had a camera and knew how to edit, so he decided just to start making video. 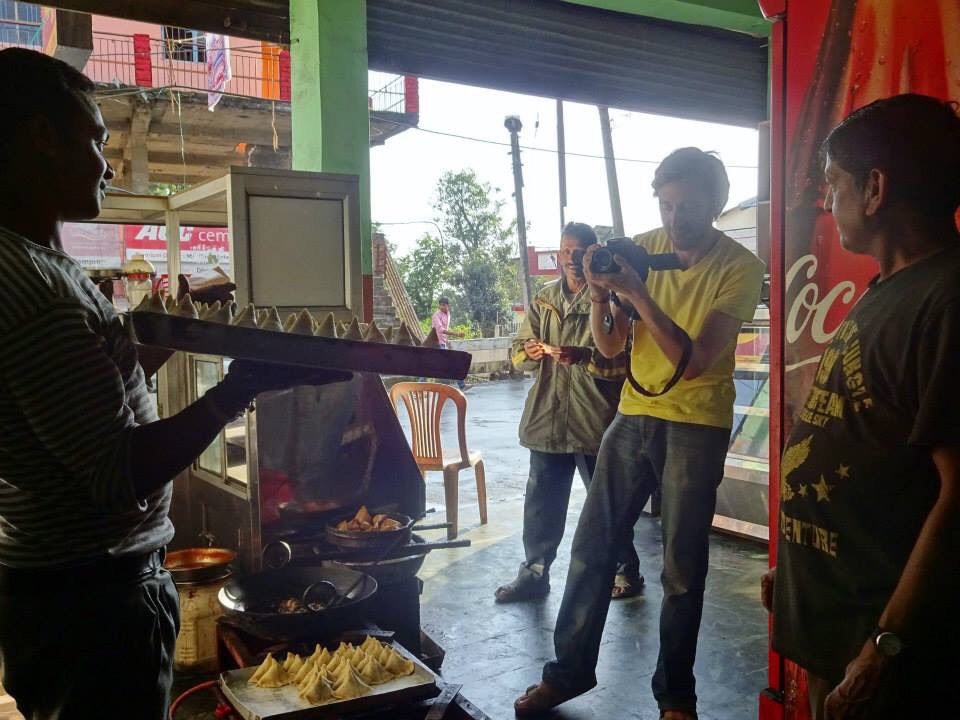 Alex was shooting behind the scenes footage of the Broadway musical 9 to 5 when Seth Greenleaf, director of F(l)ag Football, told him about an interesting opportunity. They talked about the National Gay Flag Football League and before long they were shooting the first footage of NYC tryouts. It started in New York, but shortly Alex was setting up shoots all over the country. The production of the documentary was an all hands on deck situation. Alex was calling anyone he knew with a camera and telling them to come help them shoot the movie.

Alex had his own projects as well while working on the films. He started his own production company, Karmalize Productions, and raeached out for any gig that sparked his interest. He worked heavily in the Brooklyn comedy and live music scene — particularly with Eugene Mirman’s comedy festival and particularly at the Bell House and Union Hall. Alex says that he always tries to have projects in his back pocket, have a lot of possibilities and keep producing. He takes any meeting and talks to everybody he sees. He remembers that he met Seth, the director of F(l)ag Football, through a friend of a friend of a cousin. 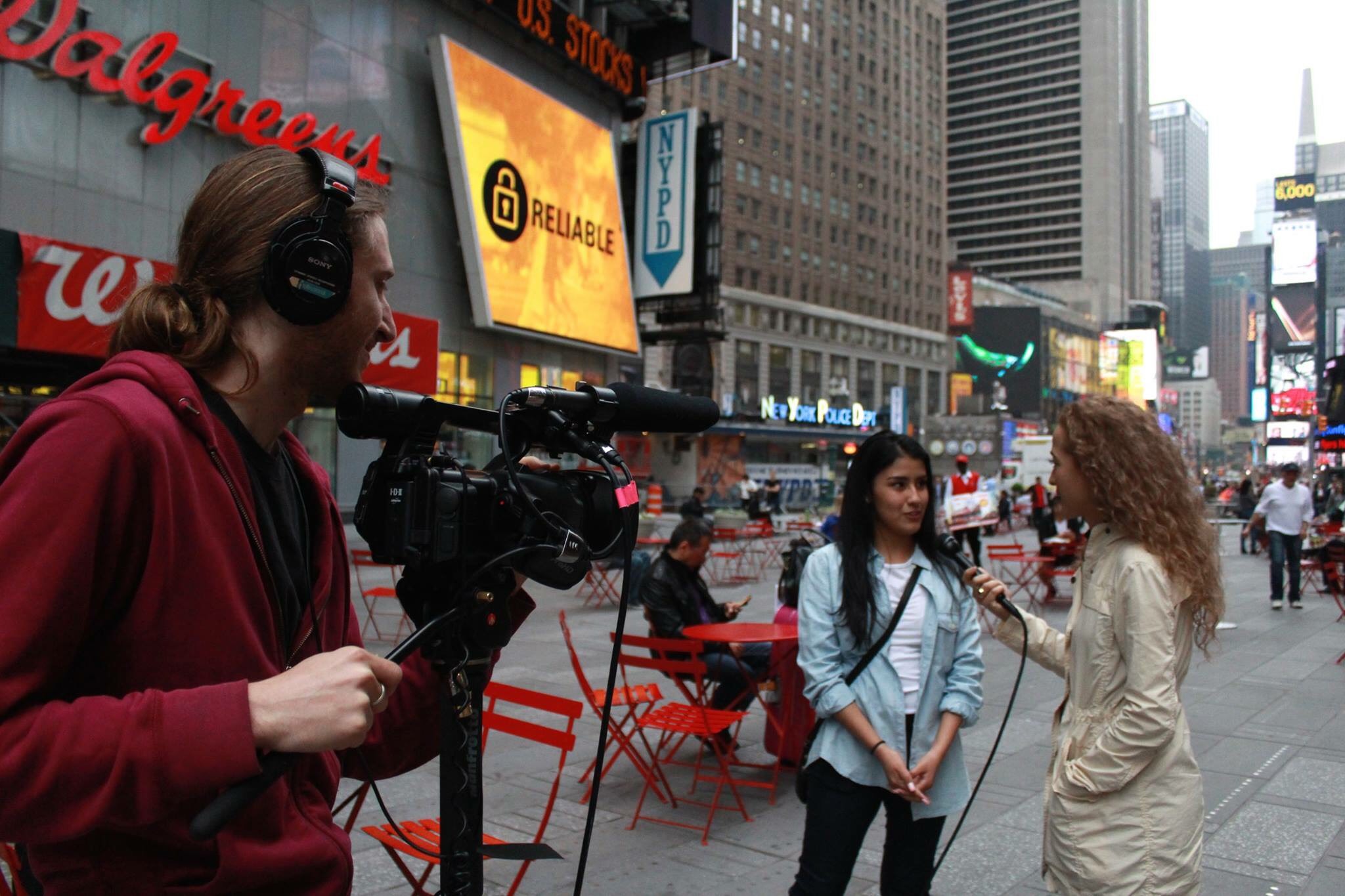 Alex continues to produce videos and teach video production around the world. He says that the hustle can feel like a hassle, but every gig that gets him out of the house offers an opportunity to find the next story.

The parting advice that Alex has for our students is simple: Have a camera, be willing to travel, make mistakes, and do it again.

Here’s the trailer for F(l)ag Football.