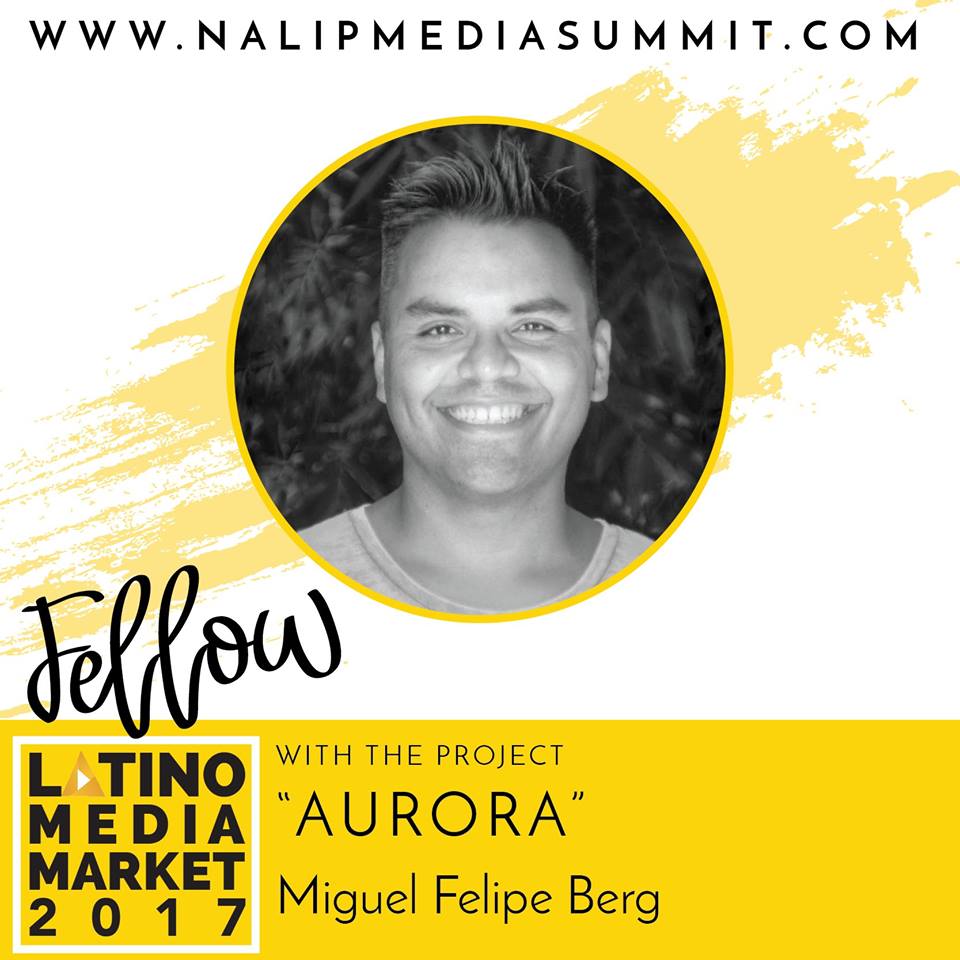 Miguel Berg is an independent video producer who in just a decade has made quite a career for himself and just last month was named a 2017 NALIP Latino Media Market Fellow and is set to pitch his sci-fi adventure thriller feature film, Aurora, to industry executives at the NALIP Media Summit next month in Hollywood.

We first met Miguel about 10 years ago at one of our Travel Channel Academy trainings. Instantly, Miguel just got it. He followed the rules, he was disciplines, and a good storyteller. From there, Miguel independently produced content as well as worked at NBC in various capacities. Now, Miguel's hard work is paying off and he has a shot to make his own feature film.

This may sound like an extraordinary rise, but this could be your story too. All it takes is discipline, hard work, and dedication. With the ubiquity of high quality video equipment at low costs, or even just smartphones, all it takes is the time and effort to put into producing video. If you consistantly produce material, like Miguel, and focus on the rules of storytelling and shooting, then you too could be on your way to making your first feature.

Here's a press release about the award:

A graduate of the M.F.A. Film & Television Producing program at Chapman University’s prestigious Lawrence and Kristina Dodge College of Film & Media Arts, one of the top ten film schools in the world, ranked #7 among American film schools by The Hollywood Reporter, Miguel was selected among 27 projects from over a hundred applications in the United States and several countries throughout Latin America, including Colombia, Chile, Argentina, Brazil, Panama, Mexico, and many others.

Among his impressive merits, Miguel has earned two Telly Awards, one for his producing work for the Travel Channel and the other for a documentary produced during his undergraduate career at the University of South Carolina School of Visual Arts & Design. At Chapman, he was named a Panavision New Filmmaker and his graduate thesis film bastard screened at the Director’s Guild of America in New York and Los Angeles as part of the Leo Freedman Foundation First Cut in 2015. He has also worked within television in various departments, including casting, drama development, and, more recently in movies, miniseries, and international co-productions supporting network execs on the productions of hit shows like Aquarius, Taken, and Dolly Parton’s Christmas of Many Colors within NBC Entertainment in Universal City, CA.

“I love making films that change the perspective of our world,” states Berg. “Aurora is an exciting adventure that makes us question our place in the universe. Sometimes the answers to our curiosities can be quite terrifying. Together we’ve crafted a tale that I hope will provide an opportunity to showcase the talents of diverse cast and crew, both in front and behind the lens.”

According the Latino Media Gap Report of 2014, Latinos account for less than 6% of writers, 2.2% of producers, and 2.3% of directors behind the scenes among an analysis of the top 10 movies. Yet, Latinos buy more than 25% of ticket sales and their combined buying power consists of over $1.6 trillion dollars to date.

“Working with Miguel is always fun, “ states Langford, who is repped by Charles Ferraro and Geoff Morley at UTA and Brooklyn Weaver of Energy Entertainment. “He has an excitement that is contagious. My hope is that it becomes the first of many stories -- not just in the realm of sci-fi, but in minority led films.”

The duo has also been working with Atlanta based actress, filmmaker, SAG/AFTRA Diversity Co-Chair and Atlanta Film Society Ambassador, Michelle Rivera-Huckaby. Rivera-Huckaby earned the Audience Award at the Greenville International Film Festival, founded by Berg. “I’m thrilled at the opportunity to represent my talent as a Colombian American at the Latino Media Market along with such a versatile, gifted writer like Leon, and such a strong woman in the industry like Michelle. I hope that we’ll be able to reveal our film’s ‘sinister truth’, ” states Berg.