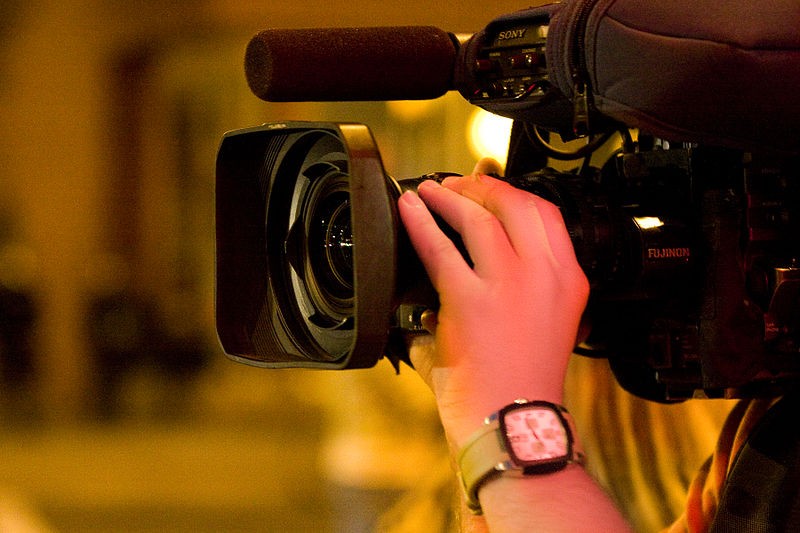 Media outlets are feuding over the live video feed from the Republican National Convention in Cleveland.  The major TV outlets are proposing that the "pool" video feed only be used by the networks unless other outlets, particularly online publishers, are willing to pay for the video feed.  Many of these onlne publishers use the feed to offer their viewers live streams of the events.

Covering major events, like policial conventions, is an expensive endevor.  Now that video has become more prevelant on the web, many publishers use the pool feed to cover the event on their own outlets.  With video streaming so popular as of late, the networks are trying to stifle digital publishers who do not have the same resources to cover the event by no longer making their pool video available.  This is a sign of the strain between tradition television news outlets, and more digitally focused outlets.  The networks see their monopoly tearing apart by technology, and are trying anything they can to retain their dominance.

One outlet that should be a surprising winner of the convention coverage will most likely be Facebook Like.  With thousands of smartphones in the convention it is not incocievable to think that the best coverage will come from the floor of delegates sharing their video, as well as reporters on the ground in Cleveland filing reports.

Jeffrey A. Trachtenberg and Joe Flint cover the feud between the networks and other outlets in their report for The Wall Street Journal:

On the eve of the Republican National Convention, a dispute has broken out between the five national television networks that have traditionally pooled resources to provide live video from key political events and the online news publishers who rely on that signal for their streaming platforms.

The networks—ABC News, CBS News, CNN, Fox News and NBC News —recently informed news outlets that aren’t members of the “pool” they will have to begin paying significant new fees in return for access to live coverage, not just at the conventions but debates, presidential news conferences, and many other events.

Media organizations are pushing back. A dozen publishers, from traditional players like The Washington Post, Los Angeles Times and The Wall Street Journal, to digital specialists like BuzzFeed and Vox.com, protested the changes in a July 13 letter to the executive committee of the White House Correspondents’ Association. They said the fees are exorbitant, and pushed for a new digital pool to be set up.

The media organizations called the recent changes “an unexpected disruption of long-established practices” that will “harm readers and subscribers.” The letter said the new policy lays bare “the need to rethink how the video pool functions in the digital age.”

Indeed, the skirmish reflects much about the changing landscape of digital video and TV. Online video isn’t viewed any longer by many consumers as TV’s poor cousin, but rather a viable way to watch programming—whether it is a sporting event or a political convention. Media outlets have poured resources into video as a result, and Facebook and others are becoming the powerhouses to distribute it. The rise of digital threatens to eat into the audience for TV news, just as much as TV entertainment.