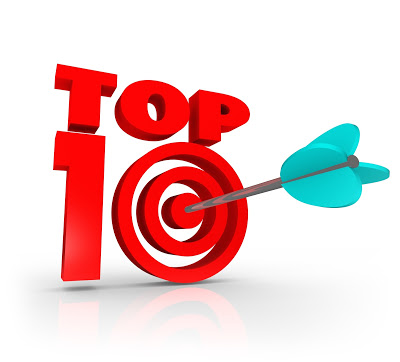 We Made Blogspot's TOP TEN BLOGS!

Every year, Blogspot iists its TOP TEN blogs for the year.

And number three on this list is a piece by Karen Edwards - a review of her participation in one of our 4-day video bootcamps.

Needless to say, we are delghted, and as such, we are reproducing her blog below, in case you missed it the first time.  (We sure did!)

In late September 2015, I followed a Guardian Masterclass run by Rosenblum TV entitled Professional Video Boot Camp. The course covered how to film and edit videos using Adobe Premiere Pro. There was a lot to take in during the 4-day course. It has taken a while to experiment and consolidate my learning alongside other business tasks. This blog is about that journey and how I am now actively using videos in my marketing plans.
The Course
Firstly, note that this is not a course for the faint-hearted. Michael Rosenblum is a fierce critic. The flaws in your early filming and editing efforts will be exposed in front of the rest of the class. The good bits will be noted too and his expert and sound advice will carry you forward to your next video. It’s all done in good humour and with your best interests at heart. Just leave any ego at the door.
First Video at the Barber's
My first effort took me to an Italian barber’s shop close to the Guardian’s HQ. The owner, assistant and customer were all obliging. I tried to follow the advised Rosenblum technique. Theory and practice are different. On my return, I edited a 3-minute video. Michael’s main criticism was that I didn’t get close enough to the action. I pleaded the presence of some very sharp scissors and bruising bumps from the hairdresser. Never mind all the tricky mirrors. Not accepted. Apparently, I should have suffered scissor cuts and bruises for my craft.
Action Movie at the Park
My next effort took me to Regent’s Park in search of a moving action sequence. I spotted a group of 3 women walking and chatting in the park. The elderly lady was in a wheelchair, but she kindly agreed to help with my little training video. I took some great footage. My stroke of luck made it even more powerful than I could possibly have imagined. Michael was impressed.
After the Course
Most of my early efforts remained in the camera. I investigated filming conditions with my local borough. The insurance requirements and other stipulations proved prohibitive for a small business. They seemed better suited to a BBC or major film company production. I was not going to arrive with several articulated trucks, a film crew or even a tripod to obstruct passers-by.
Given Michael’s advice, I avoided boring talking heads. He’s right that no-one wants to listen to 20-50 minutes of that. How do you film yourself? Ever resourceful, I ended up using a toy robot (actually my son’s pencil sharpener) to fit my storyboard idea. I stayed well clear of passers-by and the High Street. Just a modest little video for local purposes.
Format
I discovered another problem with videos. You can’t post them in the same format on different social media. They often won’t play. Twitter restricted the length and formats used. Videos catch the eye in a feed. I noted that the feed presents videos differently on my laptop, iPad and mobile. I reverted to photos as the more eye-catching method until more recently.
Generation Y (Millennials) and Z are very visual. Many of today’s marketing decision-makers are Millennials. Most translators only think in text formats to attract their attention. Millennials like to see rather than just listen.
YouTube is the world’s second largest search engine.
When confronted by a listening or viewing time of 20-50 minutes, many of us will delay until later. We may not come back at all. Videos of 1-3 minutes are more likely to be viewed immediately. I took the Rosenblum course to understand the medium better. It has served me well, as I now work with an amazingly creative French design company.
Opportunistic Videos
More recently I have become more opportunistic in my own video efforts. The subject of translation bores clients, so I film cultural events. Such events are well staged and lend themselves to filming by the amateur, semi-professional and professional alike.
I currently prefer my iPad to cameras for video and photographs. The quality is always improving and people are less self-conscious about being filmed in this way.  I frame shots better and can switch between the video, slo-mo and photo settings easily.
Editing time is also another bonus. On New Year’s Day, my iMovie video appeared as the second YouTube video posted for the London parade. Rosenblum’s filming technique equips you to edit speedily. I now know not to drag the camera, to focus on small details to create interest and not to worry about people walking in and out of my shot.
Video on its own doesn’t always gain interest. I find that using video, animation and photos in conjunction with blogs and social media raises my business profile. They carry on working for me when I am busy translating or at other events. I have been amazed at the increased viewing figures in my blog’s analytics.
Translators concern themselves with fine details. Giving up perfectionism isn’t easy. I never envisage becoming a full-time professional video editor. It’s another skill in my marketing toolbox. It’s helped me to understand how to make words and pictures work together better.
For a truly professional video, I would call in an experienced expert – just as I would expect a video expert to call upon a professional translator for marketing translations. Social media video postings don’t have to be perfect. Their quality may not meet Rosenblum TV’s standards, but they are fit for my immediate purposes and offer better quality than Periscope.
And video editing is a fun skill to learn.
Karen Andrews is a freelance French to English translator, transcreator, content writer and editor. She has a strong background in global marketing.
Email Karen for further information via karenanglicityen@gmail.com in French, German or English.
Start a Free Trial
Start a Free Trial Now