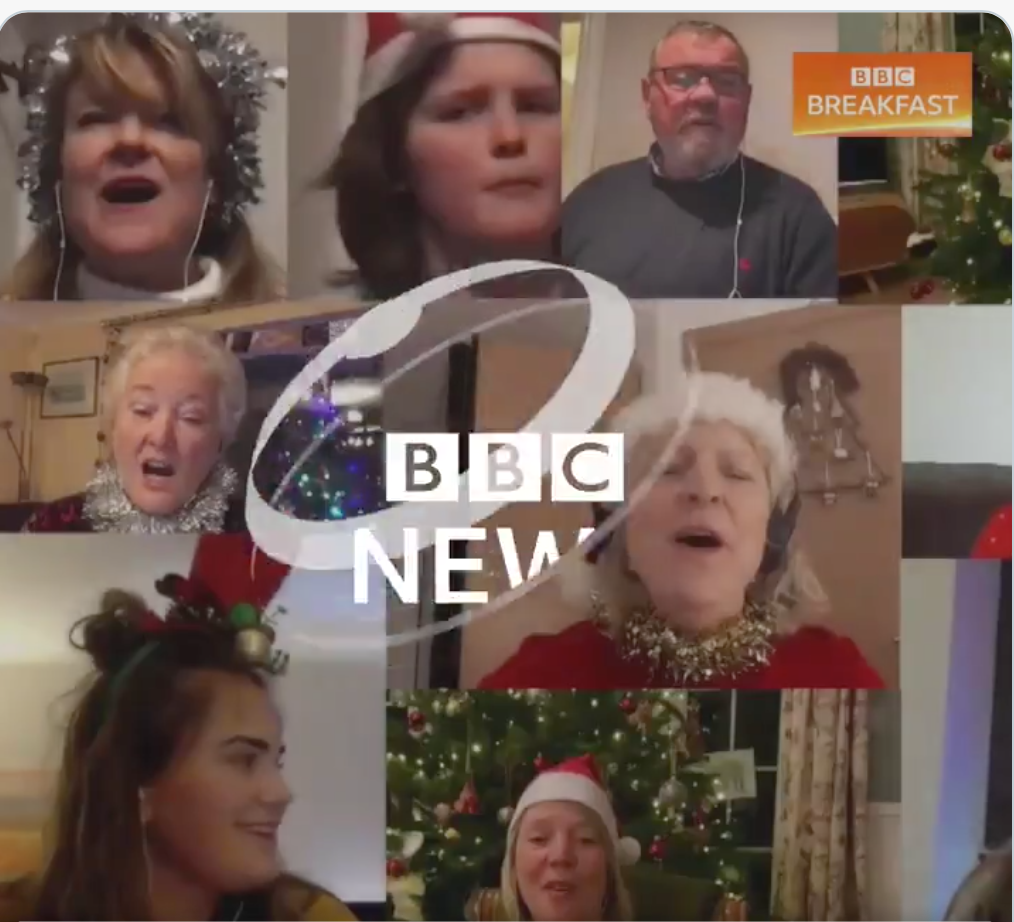 This is a question that perpetually haunts me.

Having spent more than 30 years in the news business, I am still not sure.  However, watching The BBC Breakfast this morinng, I think I got a bit of clarity on the question.

As it is Christmas, or as they call it in the UK, The Festive Season, the 'news' is filled with 'good news' stories. These are stories of 'average people' who have done rather remarkable things to help their friends, neighbors or in some cases, people they did not even know.

These selfless acts are quite amazing and inspirational, and are the standard fare of what we might call holiday programming.

This story in particular really got my attention.  These are care workers at a home for the elderly who, on April 14th, with the virus raging and endangering their charges, left their families and collectively moved into the care home to make sure their elderly patients were, well, well cared for. They have not left since - at least not until today.

Take a look at this story.

It is powerful and moving.

Here's another one:  91-year-old Margaret raised over £430,000 for the NHS and the Highland Hospice in her stair climbing challenge. She says the challenges won’t stop in 2021

There were more, but you get the idea.

These stories are powerful and inspirational. They showcase the good that people can do.

This, sadly, is not the common fare of 'the news'.

We tend instead to gravitate to violence, shootings, robberies and fires.

These kind of stories are the journalistic equivalent of a bad car accident on the highway. Everyone slows down to look.  But in truth, the fire, the shooting, the violence have pretty much zero impact on the real lives of the viewer. The only person it really effects is the poor bastard whose house burned down.

In the same block of rather moving and inspirational stories that ran on The BBC Breakfast this morning, there was also a 'Breaking News' story about three policeman who had been shot during a robbery attempt in France.

BREAKING: Three police officers in France have been shot dead while responding to a domestic violence incident.

What this had to do with anyone who was watching The BBC Breakfast is beyond me. Why run it? Shock value.

I understand why we run inspirational stories during the 'festive season'/

What I don't understand is why we don't run them all the time - instead of 'Breaking News - Shooting'.