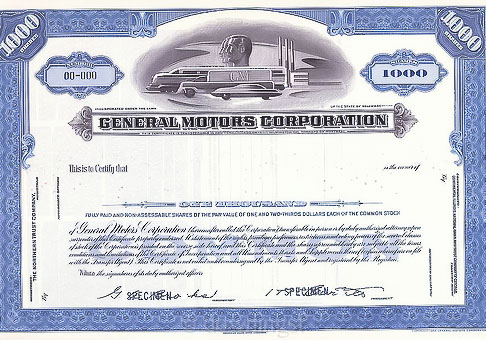 What News Organizations Could Learn from General Motors

General Motors announced today that it was launching MAVEN, a car sharing service that will compete directly with Zipcar.  GM is predicting that some 30 million people will use car sharing services over the next decade instead of buying cars.

This is a big departure for a company that has spent its entire life making and selling cars, but a very good one. Last month, GM announced that it was investing $500m in Lyft, the Uber competitor.

GM is effectively changing from being a car manufacturing company to a 'people moving' company. This is a very smart move.

At the turn of the last century (20th, not 21st), Railways were the Google, Apple and Facebook of world capitalism.  Vast fortunes were made by owning a railroad.  Stanford University's founder, Leland Stanford was a railroad tycoon, as were the Vanderbilts.

The coming of the automobile, ironically, killed the railroad business (as anyone who has ever ridden on Amtrak can attest). The railroads could have seen what was coming and reacted.  They could have said, 'we are in the business of moving freight, and if it's going to be on trucks and highways, then we are going to own that'. But that is not what they did. They opted for bankruptcy instead.

GM, it seems, may not be destined to go down that path.

I cannot say the same for the news industry in America.

They seem fixated on the idea that they produce and sell 'the news', as GM once produced and sold cars.

But no one wants to pay for news.

What can they do?  Public service? Maybe....

But maybe there is another solution.

And they are very very good at creating content.

If you look at the network evening news, for example, or a newspaper, these are massive amounts of content that have to be created fresh every day from nothing - and be perfect, more or less, day after day.

This is a great and valuable skill.

Particulary in a world in which the average 'reality show' takes 18 weeks to assemble - from initial shoot to final delivery.

(Quick, pick the 'journalists' up off the floor)

Look at it this way. Newspapers (and TV news) are nexus (nexi?) of information and content. That is what they do. And their content is not limited to fires and murders.  They also do sports, food, art, music, travel, fashion, adventure, science... yeah, reads like a list of the cable channels.  (You know, those guys who pay $250K per hour and eat material endlessly).

Do you see a connect here?

When I was the President (and founder!) of New York Times TV, we produced LOTS of cable shows for TLC, Discovery, Nat Geo, Showtime and so on.  Lots of them.  Of course, the paper called us 'Pariah Pictures' and banned us from the newsroom.

"We are a newspaper", they used to say.

Start producing the content that people (cable companies) will pay for and you will have lots of money to pay for the journalism.

Unless you want journalism to end up like Amtrak.