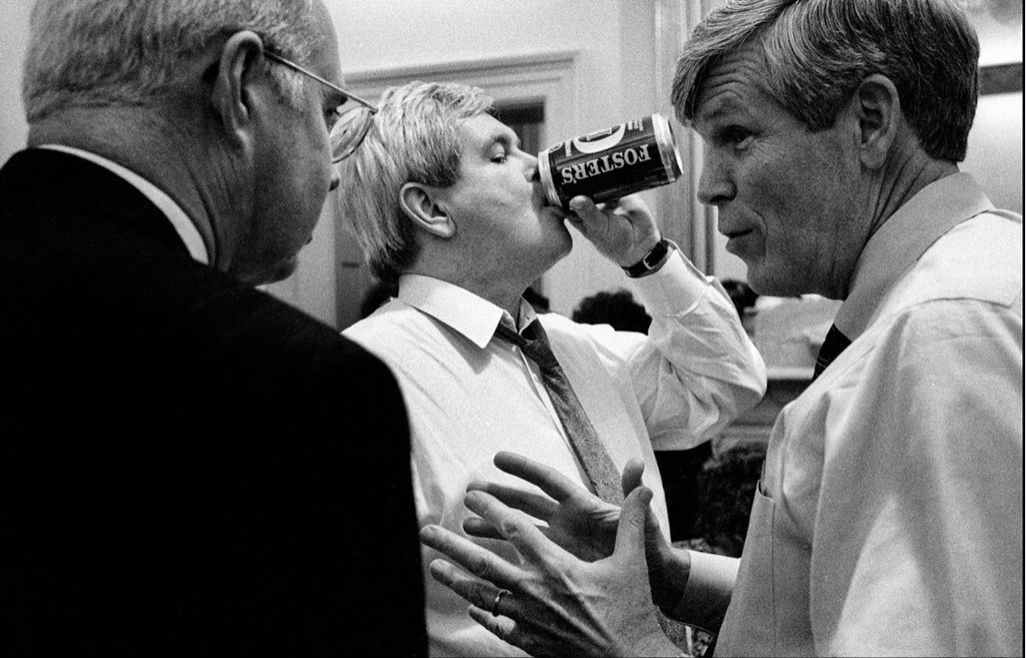 When You Had To Think

The concept was to train and hire some of the best journalists in the world, give them video cameras, put them through our bootcamps, and send them off to do great reporting on their own.

One of my first investors was a man named Nick Nicholas, who was then the Chairman and CEO of what was then called Time/Life.  It was a print company, and one of the most powerful print journalism companies in the world.

As soon as Nick invested, he introduced me to some of the world's best photo journaliasts, from David Kennerly to Dirck Halstead.  I gave them video cameras and taught them to shoot video.  Then, Dirck introduced me to PF Bentley, the White House photographer for Time Magazine - a very big deal.

PF Bentley turned into one of the world's greatest (and first) VJs.  His work appeared on every major network and he won most big awards.  Today, he lives on the island of Molokai, in Hawaii (tough!), but continues to photograph and produce videos.

Of late, he has been putting his photos, and the stories that accompanied them on Facebook, and that is where I found this one - accompanied the photo above.

His stories are interesting enought, but there's a real lesson for those of us in the video world today buried in his tale.  See if you can find it:

In December of 1994 I was at the Hotel Molokai when I got a call on the pay phone in the open-air lobby to travel to Washington for three days to shoot some behind the scenes photographs of the new Republican Speaker of the House, Newt Gingrich who was going to be TIME Magazine’s Person of the Year.

On the second day, Newt and I were eating lunch at Union Station (no one really knew who he was then), and he said “I bought your Clinton 1992 book.” I said “What? Why on earth would you have a book on a Democratic campaign?” He said he liked the behind the scenes images and wanted to see what really happened away from the TV cameras.

Then he dropped the bomb line: “How would you like to photograph behind the scenes of my first 100 days in office?”
I stayed calm on the outside, but inside “Happy Days are Here Again” was playing, along with some holy shits.
I told him quietly that it would most likely be okay, but I had to call my boss and make sure.

I stepped away from the table and called TIME’s Director of Photography Michele Stephenson. My first words were “This is PF. Everything here is going okay and what I’m about tell you is NOT a joke”. I told her what Newt asked. Michele said “Is this a joke?”. I said “It’s NOT a joke.” She said “if this is not a joke, of course, it’s a go.” I said thank you and got back to Newt. I told him the ground rules - total access, nothing heard is ever repeated, no posing, I use quiet cameras (Leica M rangefinders) and no strobe. We shook hands. I stayed in DC for the third day of the original shoot, went back to San Francisco, packed for 100 days, had 200 rolls of Tri-X shipped to DC and came back January 1, 1995.

The first day on January 3, 1995 lasted from dawn until 1am. In his new Speaker’s office around midnight the Fosters beer came out and I snapped this shot. It was a good start to a great project that appeared in TIME throughtout the 100 days and later became a book, NEWT: Inside the Revolution.

What I found particularly intersesting in this was his mention that he grabbed 200 rolls of Tri-X for his 100 days shoot.

That means that he was limited to 72 exposures a day. A day!

Today, in the limitless digital world, people shooot 72 exposures in a few minutes.

But when you were working in film, each shot cost somthing, and film was limited.  So you thought before you shot. And you tried to make each shot great.

We strive for very low shooting ratios - sometimes even 1:1.  We strive to make each shot count. It's a whole lot better than 'spray and pray', which the digital world engenders.

If you want to see what great shooting, and thinking before you shoot brings you, take a look at more of PF Bentley's work.