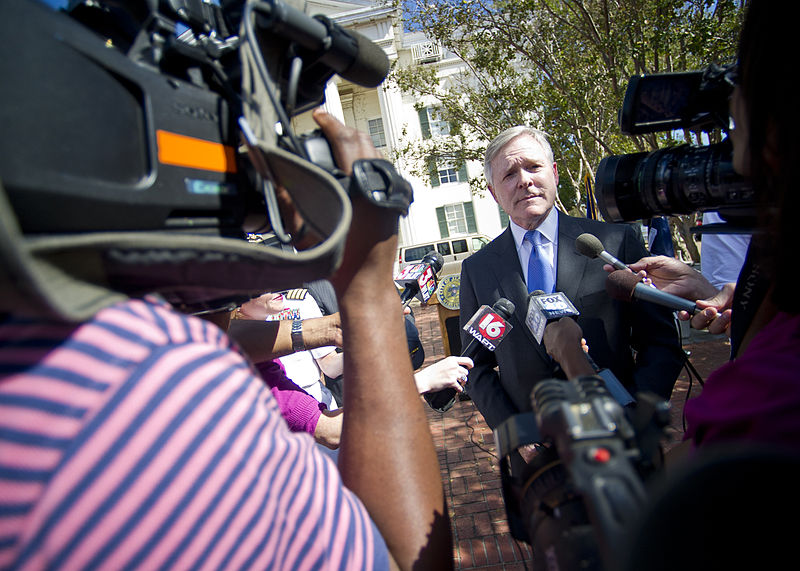 Why is Local News so Terrible?

Seriously, what is wrong? Can you make better stuff than this?  I think so, so why aren't you.

Local news, and a lot of video production in general, is in many ways stuck in a 20th Century mode of working. They have ridiculously high overhead costs, for a fairly small output.

Think about how the average local news station allocates it's resources. At the top line is the studio -- a huge office and shooting space that costs a lot to construct, rent, and operate. Additionally, inside these studios they have massive amounts of expensive equipment. Huge studio cameras, lights, audio equipment, edit suites, satellites and much more.

The next cost is personnel. At the top they have anchors or presenters who do nothing more (in most cases) than read what is on the teleprompter for a half hour or hour at a time and get paid millions of dollars. Next you have the large staff of reporters, camera people, sound people, editors, producers, and so on. With this large staff you would expect a lot of output, but in most cases the staff is divided into teams, or crews, that can only cover stories together. This leads you with a large staff but only 3 or 4 crews (if you're lucky) out in the field gathering news for broadcast.

You had to do things this way during that 20th Century because logistically there was no other way to do it. You needed a studio with a satellite in order to broadcast. Equipment was large and required specialization to operate it, like a huge camera or an edit machine. Now, however, technology has made it much easier to produce TV without big equipment and large crews. Now, all you need really is an iPhone, but even professional video cameras have decreased in size so much that one person can operate it and report on the story.

Think about if local newsrooms no longer used 4 person crews (some don't anymore and the results are amazing) and rather trained everyone in their newsroom to shoot, edit and tell a story in video. You could go from having 4 news gathering nodes in the local area to having as many as people you have. This would not only allow for news operations to gather more news, but also would drive down their costs.